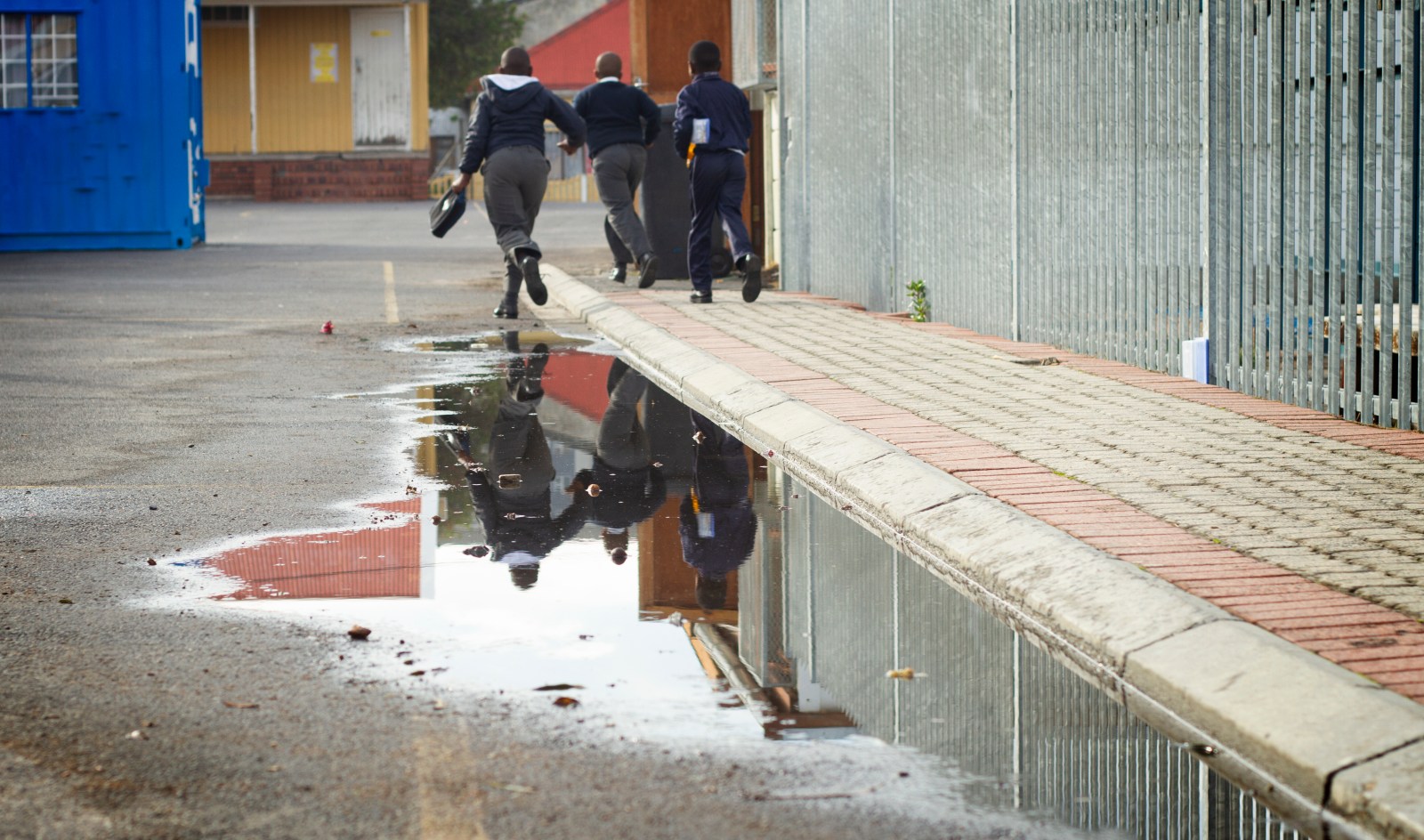 Pupils who drop out before attaining a matric certificate are less likely to pursue any kind of further education or to secure or maintain stable employment. This lack of opportunity heightens their risk of poor mental and physical wellbeing.

Between 650,000 and 750,000 children have dropped out of school in the last school year during the pandemic. This is according to a report from the most recent National Income Dynamics Study – Coronavirus Rapid Mobile Survey (NIDS-CRAM) data, which reported on the number of children who have not returned to school in 2021.

This is nearly triple the number of yearly pupil dropouts recorded in pre-pandemic times, where on average 230,000 were not in school in 2017, according to the 2018 General Household Survey. As such, the prevalence of pupils dropping out of school in South Africa was already a crisis in South Africa before the Covid-19 pandemic. The government has often trumpeted its near-universal pupil attendance rate. In 2019, the General Household Survey reported that 98% of pupils aged seven to 15 were attending school in 2018. Despite this, according to the Zero Dropout Campaign, about 40% of those who start Grade 1 do not finish matric.

The increased number of pupils dropping out of school in 2020/21 occurs against the backdrop of an international crisis in education, with an estimated 24 million pupils at risk of dropping out of school in the first year of the pandemic alone. Statistics released by the Department of Basic Education (DBE) on the rate of pandemic dropouts in South Africa differ vastly from the NIDS-CRAM data, indicating a much lower number of dropouts, with preliminary findings by the department stating that only 10,000 pupils aged seven to 14 have not returned to school this year, while enrolment for those 15 and older is “not lower than normal”.

There also seems to be no departmental consensus about the definition of dropout (i.e. seven consecutive days of school missed versus 30 consecutive days). To ascertain the true dropout level in the coming months and years in the aftermath of the first waves of the Covid-19 pandemic, the department will need to develop specific indicators and definitions to properly monitor this crisis and identify at-risk pupils. Without this, early interventions to recover absent pupils will not be possible; this is crucial, as the longer a child remains out of school, the less likely they will be to return.

According to the Zero Dropout Campaign, the causes of pupil dropout are complex and multifaceted. It is generally accepted that dropping out occurs due to a process of “disengagement” with the school, where a pupil is further and further alienated from their school environment and schoolwork. Disengagement is caused by a number of “pull-out” and “push-out” factors. Push-out factors include getting poor marks, repeating grades, incompetent teaching, and harmful school environments (including bad infrastructure, harmful disciplinary practices and rampant bullying). Pull-out factors include a wider range of socioeconomic conditions in which a pupil, their families and community live, such as the deleterious effects of rampant poverty and poor social welfare support.

The reasons pupils drop out are usually multifactorial. They may be achieving poor marks at an underresourced school, while also being pushed to find work to contribute to their household after their parents have lost their jobs. Covid-19 has compounded the cumulative effects of both pull-out and push-out factors.

Learning losses due to rotational timetables and school shutdowns have acted as push-out factors, contributing to weakening the link between the pupil and their school. The economic shocks brought by Covid-19 and the existing digital divide between poor and rich children have acted as pull-out factors, as more pupils are placed in even more precarious socioeconomic positions wherein they are unable to learn.

In Moko v Acting Principal of Malusi Secondary School, the Constitutional Court recognised the “transformative nature” of the right to basic education, noting that it has the power to change both individuals and society. Schools are more than just sites of learning, they also provide children with access to critical services such as feeding schemes and social support. According to Section 7(2) of the Constitution, the government has the duty to “respect, protect, promote, and fulfil the rights in the Bill of Rights”.

Further, according to SASA, the minister of basic education, members of the executive council of the different provinces, and the heads of department at the provincial education departments have different duties to ensure pupils are attending school. From this it is clear that the government has a constitutional and statutory mandate to ensure pupils are enrolled at school.

The Department of Basic Education has developed three-year curriculum recovery plans as per the revised Annual Teaching Plans that recognise the disruptive effects of Covid-19 on learning and trim the curriculum to some extent, focusing on core content, concepts and skills. Whether these teaching plans will adequately address the fallout from learning losses and facilitate catch-up remains to be seen.

Education experts argue that the current dropout rate is critically linked to the pandemic-era learning losses due to school shutdowns and rotational timetables, so inadequately dealing with these losses is likely to further dissuade children from returning to school due to their anxieties about being unable to catch-up.

While the minister has expressed that it is too soon to say whether the current numbers of young people not in school is due to temporary non-attendance or permanent dropout, the cumulative effects of learning losses mean that the dropout rate will not necessarily ease as schools reopen, but will potentially worsen. One criticism of the revised Annual Teaching Plans has been that they are not substantial enough, and are unrealistic considering how much learning has already been lost. Another is that too much decision-making has been devolved to the teacher level and that monitoring mechanisms are inadequate, which is likely to result in vastly diverse learning outcomes across schools.

A recent presentation by Cheryl Weston, educational director of the Department of Basic Education, analysing curriculum coverage suggests that under the current Annual Teaching Plans, the present pace of teaching is not being translated into effective learning. What is clear is that well-thought-out monitoring systems and more realistic and comprehensive plans must be in place and communicated by the department, before the dropout rate worsens.

On 31 August 2021, SECTION27, the Zero Dropout Campaign, Equal Education, the Equal Education Law Centre, as well as education experts published a joint open letter to the basic education minister on the issue of pupil dropouts and potential solutions. Hopefully the minister will heed the call of activists to work together to develop strategies to address dropouts. We simply cannot afford to lose a generation of pupils due to the effects of Covid-19 on the schooling system and inadequate government intervention.

Research by the Zero Dropout Campaign makes it clear what is at stake: pupils who drop out before attaining a matric certificate are less likely to pursue any kind of further education or to secure or maintain stable employment. This lack of opportunity heightens their risk of poor mental and physical wellbeing. These socioeconomic limits are made even more stark in a post-Covid world, where people in South Africa with a matric or less experienced a 23% decrease in employment between February and April 2020, compared with those with a tertiary education (10% decrease).

In a country where about a third of young people (aged 15 to 24) are both unemployed and not currently being educated or trained for future employment, to underestimate the drastic effect dropout has on the future of our young people is both shortsighted and dangerous. While the government has begun to address this issue, a sustained national, multi-stakeholder plan must be developed to recover the rapidly increasing number of pupils who are no longer attending schools or are at risk of dropping out in future because of the impact of the Covid-19 pandemic.

For the government to delay, will only serve to deepen the cycle of rampant poverty and apartheid-era inequalities in education, leading to what the UN secretary-general has termed a “generational catastrophe”. DM/MC