On 9/11, it’s time for a reckoning and reflection on decades of failed US national security policy 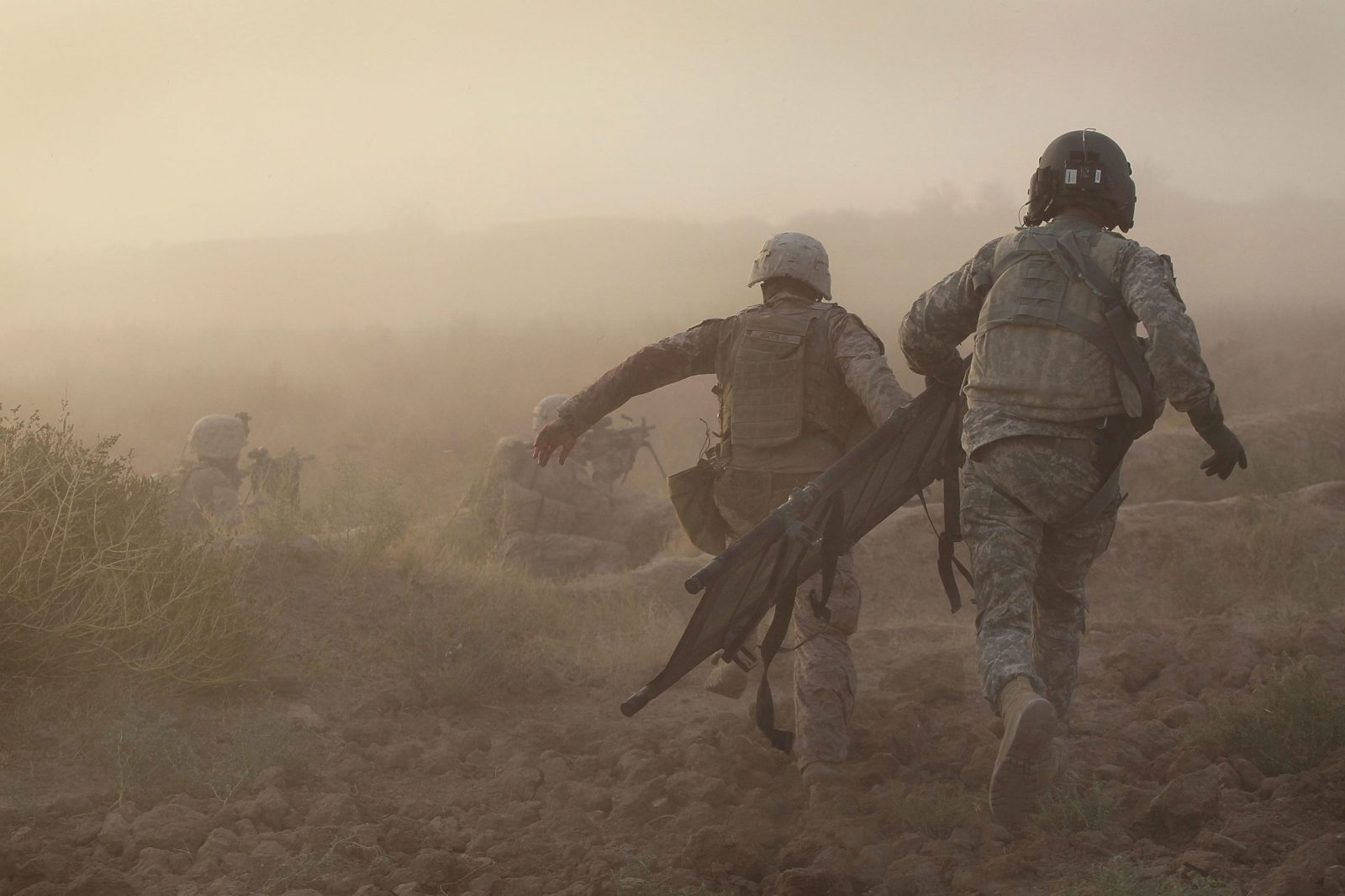 Our security is best served when we provide a model for the values we champion. It is time, therefore, to focus on strengthening our democracy and economy at home.

Katrina vanden Heuvel is the editorial director and publisher of the Nation and is president of the American Committee for US-Russia Accord (ACURA). She writes a weekly column at the Washington Post and is a frequent commentator on U.S. and international politics for Democracy Now, PBS, ABC, MSNBC and CNN.

This article was produced by Globetrotter

Our calamitous misadventures in the Middle East and the global financial collapse of 2008 dramatically exposed the bankruptcy and failures of the bipartisan establishment consensus. Yet, while citizen movements have begun to transform domestic politics, they have been virtually invisible when it comes to foreign policy. It is time, as we mark the 20th anniversary of 9/11, to challenge what has been a remarkably narrow debate in this arena.

One widely touted hope was that, after Trump, the US might return to its previous role as “the indispensable nation”. We should not fall for it. Our national security policies failed Americans long before Trump. The failures are particularly manifest in our wars without end, exemplified by the debacle in Afghanistan, which President Joe Biden was right to finally exit from, albeit in the war’s 20th year. The global war on terror, however, continues and generates more terrorists than it kills. The official National Security Strategy (NSS) statements of the Bush, Obama and Trump administrations all committed the US to maintaining a military so powerful that it cannot be challenged anywhere. The last NSS statement from the Trump administration declared that “revisionist powers” (Russia and China), not terrorists, were the major threat to our national security. The US has also embarked on a renewed nuclear arms race – mostly with ourselves. While Biden has been seen as an antidote to Trump’s America First foreign policy by immediately rejoining the Paris climate agreement and the World Health Organization, analysts’ doubts about his commitment to internationalism remain.

The steady militarisation of US foreign policy has hampered our ability to address real security concerns that are threatening not just our own people but the entire planet, from catastrophic climate change to a global economy rigged to foster extreme inequality, which corrupts democracy here and abroad. Our bloated military budget already constitutes 39% of the entire world’s military spending, even as vital domestic imperatives are starved for funds. Biden has rightly been criticised by liberal Democrats in Congress for proposing to increase the defence budget (and myopically criticised by their Republican and centrist Democrat colleagues for not increasing it enough). Seldom has the need for a new course been more apparent.

An alternative, common-sense security policy first requires a rejection of the notion that the US is faced with a choice between isolationism and the old elite consensus. Progressive reform would begin by discarding the notion that America is uniquely permitted to use force. We would do well to recognise that, while we are a global superpower, it is in the US’ interest to defend international law. We can best bolster our security by respecting the law, not holding ourselves above it.

Once these principles are widely established, US leadership can take action to roll back our failed interventions. Limiting the US military role will require more, not less, international cooperation as well as far more active diplomacy. New regional balances of power will inevitably be forged, and they should be welcomed rather than reflexively considered a threat to American interests. Biden has made strides with his foreign policy, but the bar was set awfully low by his predecessor. It will take the American people to hold leaders accountable to a higher standard.

It would be wise also to ground our policy on a more realistic view of the challenges we face. So far, there is limited hope that Biden has the opportunity to better cooperate with Russia. The widespread campaign to portray Russia as a menacing global threat is deeply wrong-headed. For all Vladimir Putin’s bluster, in 2018, he cut the Russian military budget. His policies, no doubt, express Russian resentments fed by provocative US actions after the end of the Cold War, which included extending Nato to Russia’s borders, in violation of promises made by the administration of President George HW Bush; ignoring Russian warnings against trying to incorporate Georgia and Ukraine into Nato; and helping to inflict on Russia the shock-therapy economic policy of the 1990s, which created and enriched the Russian oligarchs, impoverished millions and looted the country’s treasury. It would benefit us to seek to re-engage Russia, a necessary partner in key areas, and revive efforts to limit the nuclear arms race and reduce tensions on Russia’s borders. Moreover, a renewed Cold War narrows the space for democratic forces and strengthens the hand of a repressive state and the influence of nationalist voices – on both sides.

China, on the other hand, is an emerging global power, a mercantilist dictatorship that has had remarkable success in lifting its people out of poverty. Its leaders seek to extend their economic influence as they consolidate China’s leadership position in emerging technologies and markets. Trump abandoned the strategic neoliberalism of his predecessors, replacing the Trans-Pacific Partnership with threats of an ill-advised trade war against China, while gearing up the US military presence in the South China Sea. Biden has predictably continued the trade war against China.

But it is not in the US’ interest – nor do we have the resources – to dominate a modern Chinese military on that country’s borders. Our allies and the other nations in Asia have reasons of their own to counter growing Chinese power, and they would be better equipped to do so if they could rely on consistent US diplomatic support rather than militarism and bluster. While China’s growth has been impressive, there are serious questions about its structural imbalances and its strength moving forward. Washington should prepare for the problems posed by China’s weakness rather than those potentially caused by its growing assertiveness.

The transformation of America’s global economic strategy is essential to any effective security project. The neoliberal approach – the so-called Washington Consensus – has generated rising inequality and faces increasing resistance, both domestic and international. To create an economy that works for working people, there is work to be done to transform that model here and abroad.

If we were to free ourselves from endless war, the US would be better able to focus on real security imperatives, chief among them the growing destructiveness of climate change. There is growing awareness and support for the belief that working with other nations will enable a much faster transition to an economy free of fossil fuels. Business as usual is not just a threat to our national security; it’s a threat to our very existence.

America’s security would be far better served if, instead of acting as the military cop on the global beat, we helped to mobilise and partner with allies in humanitarian operations. Globalisation and climate change are generating severe dislocations and the spread of more diseases such as Covid-19. International cooperation has brought remarkable successes in this area, and when the US has been involved, our efforts have not only strengthened our alliances, but protected Americans from the disruptions posed by massive refugee movements and deadly plagues.

Our security is best served when we provide a model for the values we champion. It is time, therefore, to focus on strengthening our democracy and economy at home. The greatest threat comes not from interventions by Russia or other foreign actors, but rather from the flood of dark money into our elections, the cynical efforts to suppress votes, and the gerrymandering of electoral districts. China’s mercantilist policies have run up record trade deficits that have surely undermined US wages. Yet it was not their policies, but ours – engineered by multinational corporations and banks that rigged the economy for their own profit – that allowed this to happen.

Sensible reforms like these already enjoy broad support among the American people. Americans have no desire to police the world. The country elected Biden’s predecessors – one Democratic and one Republican – in part because they promised to focus on rebuilding America at home. Their failure to live up to those promises reflects the influence of the military-industrial-academic complex and an elite national security establishment, both of which remain wedded to permanent war and global surveillance.

Leaders who lay out a foreign policy of restraint and progressive realism will find a receptive public, but we can’t afford to wait. This country desperately needs a fierce and energetic citizen intervention – a movement that demands both a reckoning and a change in course. Our democracy may be corrupted, but the American people can still call our leaders to account and challenge entrenched interests. DM

This article was produced by Globetrotter in partnership with ACURA