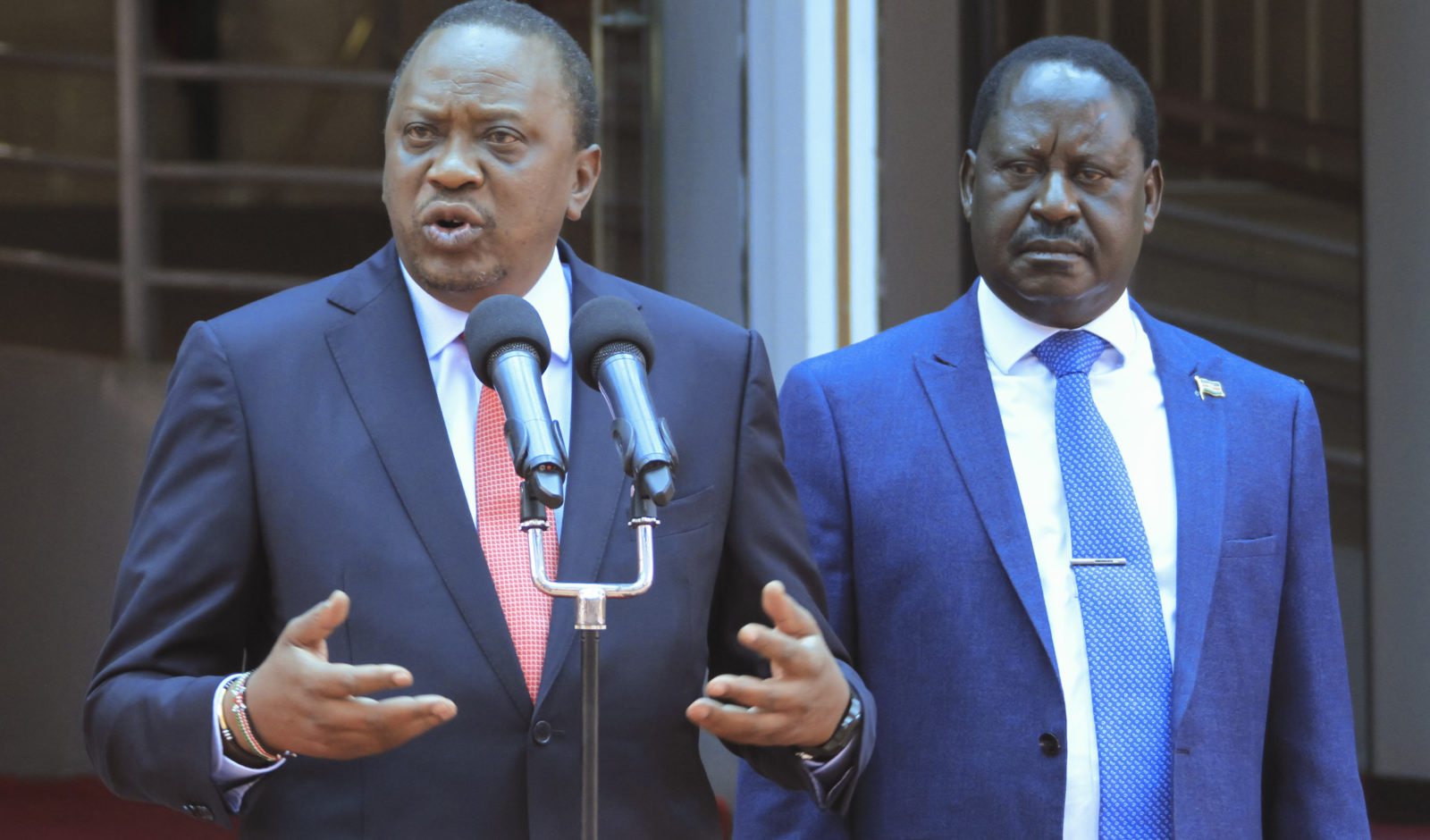 The apparent collapse of the Building Bridges Initiative creates uncertainty as politicians scramble to realign ahead of elections.

The courts have intervened decisively in the country’s turbulent and ethnically charged politics. And once again, they seem to have protected Kenyans from the self-serving machinations of the political elite. Yet the ultimate impact is uncertain.

The court decisions have thrown Kenyatta’s — and no doubt other contenders’ — political plans into disarray, particularly by thwarting the president’s Building Bridges Initiative (BBI) with his erstwhile rival Raila Odinga. The plan seemed to be for Odinga to take over as president after the 2022 elections — but for Kenyatta, or his pick, to get the new post of prime minister. Kenyatta has denied this.

Another alleged aim of the constitutional amendments was to thwart Deputy President William Ruto’s burning ambition to succeed Kenyatta. Since the court decision, Kenya’s politicians are “rushing for the drawing board” to redraft their plans, as John Githongo, publisher of Kenya’s The Elephant, put it.

The BBI was ushered in by a famous “handshake” between Kenyatta and Odinga in March 2018. This formally ended the bitter stand-off between them after the Supreme Court annulled Kenyatta’s August 2017 election victory and Odinga boycotted the repeat elections that year. Calling the polls a sham, he refused to acknowledge Kenyatta as president.

Those elections, like all since the return to multiparty elections in 1992, essentially pitted one ethnic coalition against another. In 2017 as in 2013, it had been Kenyatta’s largest community, the Kikuyu, plus Ruto’s third largest, the Kalenjin, versus Odinga’s fourth-largest, the Luo, Kalonzo Musyoka’s Kamba, the fifth largest and the rest.

Kenyatta and Odinga marketed the BBI as a bid to mend the disunities and ethnic strife of Kenyan politics. Noting that only the Kikuyu and the Kalenjin had ever held the highest office, they presented the BBI as offering previously excluded groups a slice of the pie.

But Alphonce Shiundu, Kenya editor of Africa Check, like many commentators, viewed it rather more cynically as simply “being about power.” The move was an attempt to further milk the already suffering taxpayer to create more well-paid political jobs. These top posts would serve as patronage to entice other “ethnic kingpins” into a broad political coalition for the 2022 elections, which would defeat Ruto.

“The unstated logic was that Odinga could dangle at least five positions — deputy president, prime minister, and deputy prime ministers — to all the top politicians, and those who don’t join will have a realistic chance of being the leader of the official opposition.

“If the courts had not stopped the unconstitutional amendments, Odinga would have been in a better place to be elected by amassing ethnic kingpins into his camp. Kenyatta and Odinga had already reached out to Musalia Mudavadi and Moses Wetang’ula for the Luhya community. Uhuru Kenyatta in those meetings represented the Kikuyu; Odinga, the Luo.

“Gideon Moi (son of ex-president Daniel arap Moi) represented the Kalenjin (which is also Ruto’s tribe, effectively telling Ruto that there was no space for him at the table). And Kalonzo Musyoka represented the Kamba Community.’

The constitutional reforms offered further patronage, with an amendment to allow cabinet ministers to be given parliamentary seats or be appointed from Parliament. Shiundu believes Kenyatta, who cannot run for president again, probably wanted the new prime ministership for himself, although he has denied this.

He also believes that by helping Kenyatta and Odinga craft a broad ethnic coalition, the constitutional changes would have aimed to spike a populist election campaign by Ruto that seeks to transcend ethnic divisions.

Githongo agrees, noting that Ruto “has been very clever. He’s managed to conjure up a very effective campaign of what he calls Hustlers versus Dynasties.” The Hustlers whom he claims to represent are “ordinary Kenyans who don’t come from a rich family, who’ve struggled to get what they have, who’ve pulled themselves up by their bootstraps.”

The Dynasties are powerful families like the Kenyattas (Uhuru’s father was Kenya’s first president), Odingas (Raila’s father was Kenya’s first deputy president), and other ethnic leaders and elites. Githongo says Ruto’s message is proving very popular, especially with the youth. He says Kenyatta and Odinga felt this narrative could not be defeated by just the ordinary, run-of-the-mill brand of ethnic mobilisation politics.

Githongo said that option had been negated by Covid-19, which had hammered Kenya’s economy and given impetus to Ruto’s populism, which appeals to class rather than ethnic group. And so Ruto has been making inroads even into Kenyatta’s Kikuyu support base.

Putting the emphasis firmly on a broad ethnic coalition through the BBI, Kenyatta and Odinga hoped to undercut Ruto’s non-ethnic stance by persuading Kenyans of all ethnicities they had a stake in the game.

After the court disrupted their plans, the political future looks uncertain. Trying to legitimise the proposed amendments through Parliament or the Supreme Court, as some have suggested, would probably be impossible before the elections, Githongo and Shiundu believe.

Githongo notes that with the apparent collapse of the BBI, which had seemed a political certainty, all Kenyan politicians are scrambling to realign themselves now. He notes that a year is a long time in politics, and Odinga is a wily political strategist who will come up with a Plan B before the August elections.

But the uncertainty is worrying. As Githongo notes, the BBI has kept the peace between the two old political rivals, Kenyatta and Odinga, and their followers for three years.

And we should not forget that the worst political violence in independent Kenya’s history occurred between Kenyatta’s Kikuyu and Ruto’s Kalenjin in the wake of the 2007 elections. So the end of that truce — which was after all just a marriage of convenience that helped both evade International Criminal Court charges for their roles in that violence — is also a concern. DM