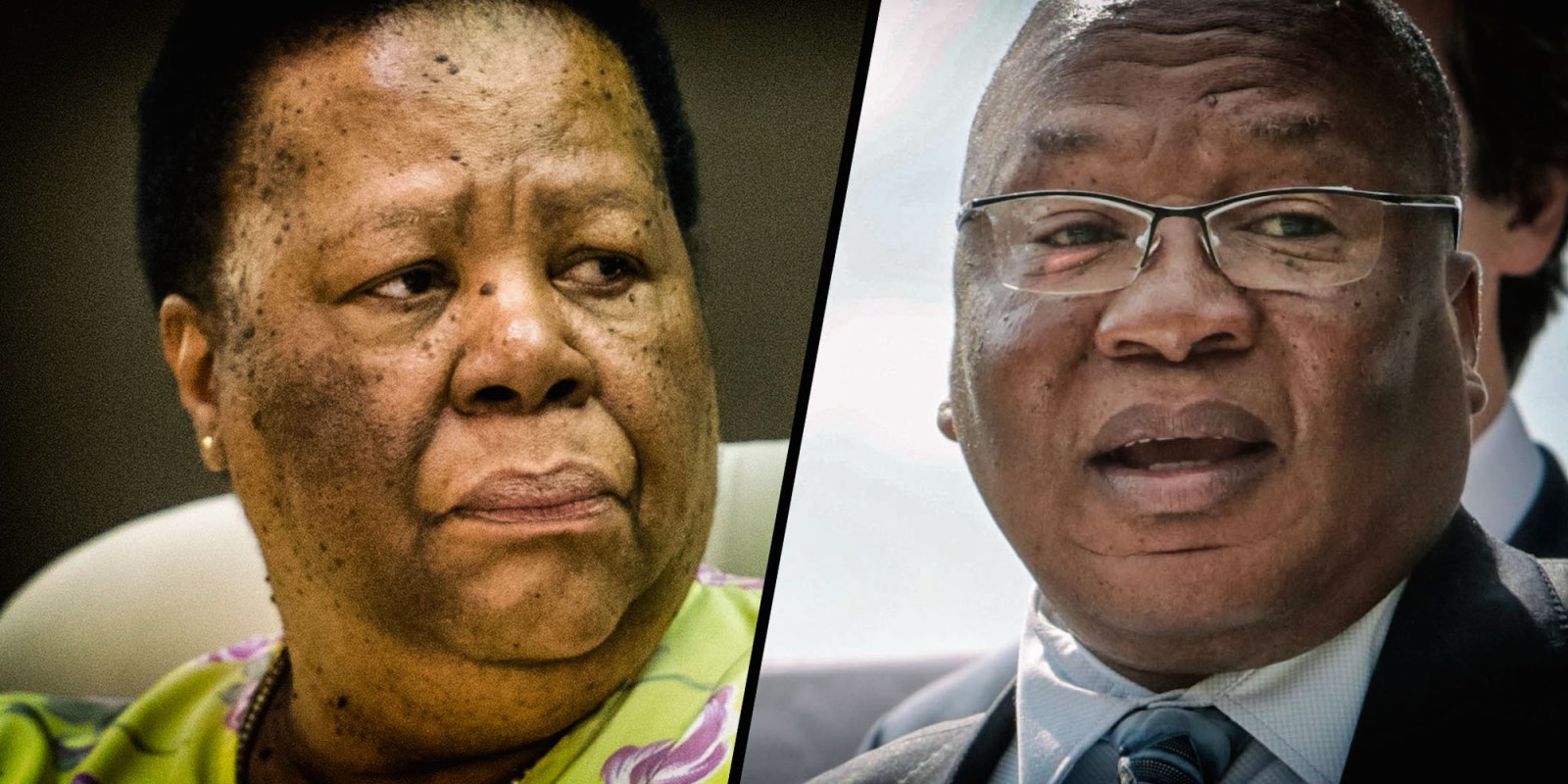 DG Kgabo Mahoai must carry the can for R118m forfeited in an aborted attempt to buy a New York plot, earmarked for a new embassy building, but DA’s Darren Bergman reckons bigger worms in the bad apple have wriggled away.

The DA has accused International Relations and Co-operation Minister Naledi Pandor of “scapegoating” her department’s director-general Kgabo Mahoai, who she fired this week over dodgy property dealings.

DA foreign affairs spokesperson Darren Bergman said Pandor was protecting one of her predecessors, Maite Nkoana-Mashabane, as well as former director-general and ambassador to New York Jerry Matjila, who were also implicated in the R118-million New York property deal.

Pandor wrote to her officials on Thursday this week to say her department had “terminated its employment relationship with Mr KE Mahoai following the conclusion of a disciplinary case instituted against the director-general”. She added that Ambassador Nonceba Losi would continue as acting director-general until further notice.

In a statement released on Friday night the department said: “The Department of International Relations and Cooperation has terminated its employment relationship with Director-General, Mr Kgabo Mahoai. This follows the conclusion of the disciplinary case instituted against him.

Mr Mahoai faced charges related to irregular expenditure incurred by the Department on an unsuccessful project to purchase a piece of land in New York (USA) for purposes of constructing premises to accommodate South Africa’s Permanent Mission to the United Nations and New York Consulate.

Ambassador Nonceba Losi has been appointed as the Acting Director-General.”

Mahoai was last month found guilty in an internal disciplinary inquiry of “gross negligence, gross dereliction of duty and breach of legal obligation, and grossly irregular, wasteful and fruitless expenditure”.

This was because he approved the department spending R118 million in 2017 on a dilapidated building in New York which was never actually acquired. The plot on which it stood was supposed to be used to build a new South African embassy and consulate-general, but the deal fell through when Treasury stepped in to stop further payment.

The disciplinary hearing chaired by Judge Cynthia Pretorius found that in March 2017 Mahoai, then acting director-general, approved a pre-payment of almost R113 million — which became almost R118 million with commission, exchange rates and bank charges — to a company called Serendipity SA Investment LLC for the New York property, without a legally valid basis and despite Treasury disapproval.

Mahoai claimed in the disciplinary hearing that the R118 million pre-payment had been approved by his predecessor as director-general, Matjila, who had left to become South Africa’s ambassador to the UN.

Mahoai also claimed then minister Nkoana-Mashabane, as well as the department’s then chief financial officer Caiphus Ramashau, motivated for the deal to go ahead.

As more money was not made available, the Department of International Relations and Co-operation (Dirco) could not make further payments, which meant the deal fell through.

In her judgment, Pretorius said Mahoai testified that the whole deal had been “orchestrated” and he had acted on pressure from the minister  because she had told him he was only an acting director-general and she would be the first respondent should there be any litigation against the deal.

The judge found that Mahoai’s explanation that he was under pressure to sign the proposal could not excuse him as he was the department’s accounting officer.

“The DA are not satisfied with the way in which any of this has been handled,” Bergman told Daily Maverick.

“It seems the DG has been made the scapegoat,” he added. Bergman said Nkoana-Mashabane, who was minister at the time of the deal, “allegedly also seemed to influence the DG’s decision by telling him that she would be respondent No 1 in any legal challenge.

“Well, where is the fruition of that promise? Why are we bullying the weak and avoiding people that actually were literally named in the reports as being party to the actual problems as and when they arose?

“I believe that the minister believes she will use the public coffers to buy the problems away and Dirco, which is already sitting without the two bulls in the kraal, will continue to remain rudderless and leaderless and we will continue to embarrass ourselves on the international stage,” said Bergman. DM