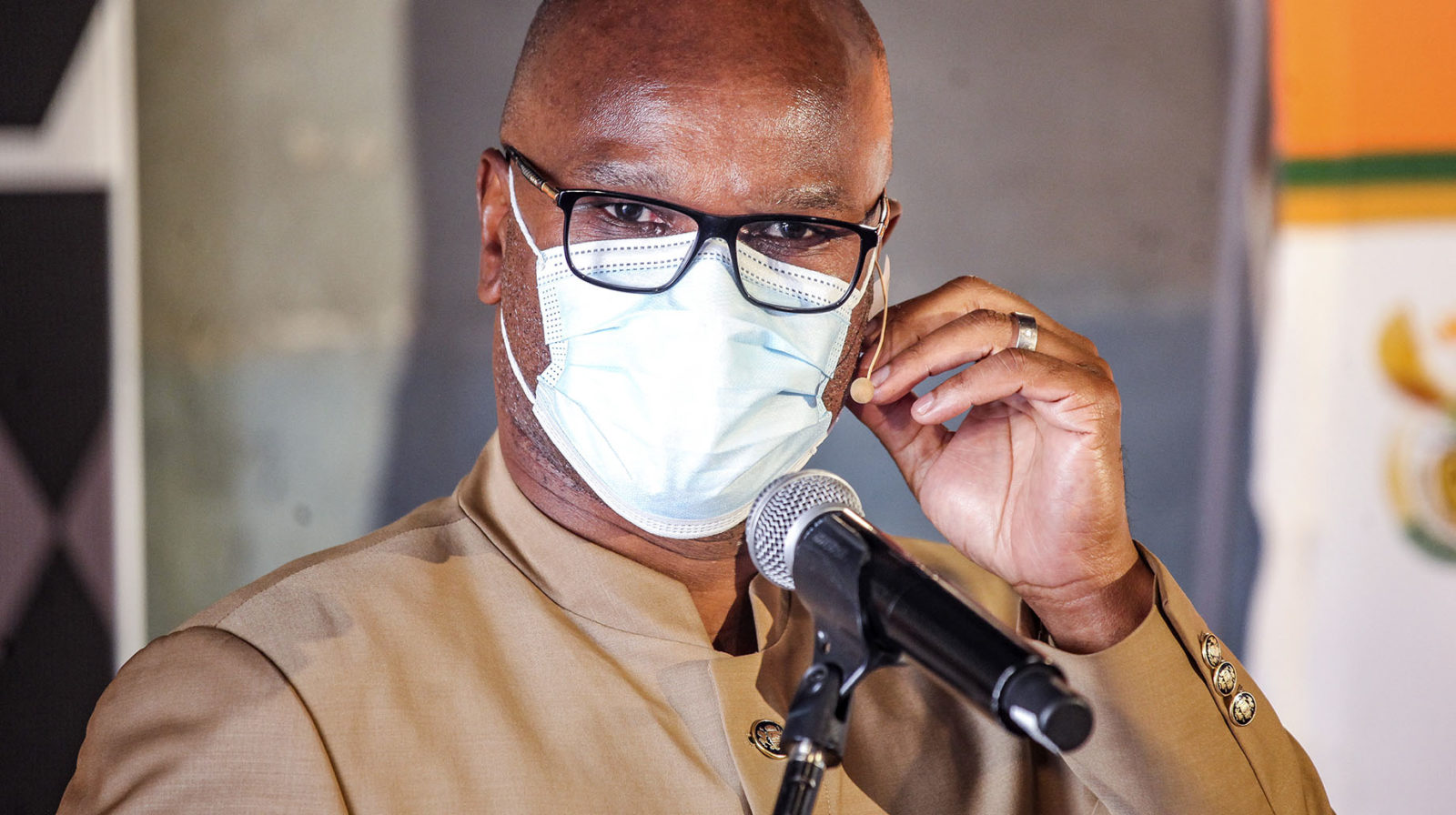 Minister of Sport, Arts and Culture, Nathi Mthethwa has said that fans and spectators will need to be vaccinated before they are allowed access to sports and entertainment events in South African stadiums. (Photo by Gallo Images/Sharon Seretlo)

Lovers of sport wishing to be reunited with stadiums will have to be vaccinated for them to be allowed back into stadiums, which have been empty for well over a year now due to the coronavirus pandemic.

Government says South Africans will have to be vaccinated in order to be allowed back into sporting arenas, as well as other entertainment venues.

The message was conveyed by Minister of Sport, Arts and Culture, Nathi Mthethwa during the launch of a campaign that aims to drive this message home, on 8 September.

The campaign, titled “Return to Play — it’s in your hands”, was launched at the 90,000 capacity FNB stadium in Johannesburg with Mthethwa supported by deputy president David Mabuza in his capacity as the chairperson of the Inter-Ministerial Committee on Covid-19 vaccines and the minister of Health, Joe Phaahla.

“So, herd immunity is important, we are here to drive a point particularly to artists and athletes that it is in their hands that the time frame is what their hands give all of us.”

The country is aiming to vaccinating at least 40 million people by the end of December in order to achieve population immunity for Covid-19. To date, only around 15% of that target has been reached.

“If we so desire to return to our stadiums, to our theatres, to our concerts, to our fashion shows, it lies with us to go out and mobilise our people, our communities, to vaccinate,” said Mabuza.

“A vaccinated nation is what it will take to again open the stadiums for the popular Soweto derby we know, our Cape Town Jazz Festival, to go back to Macufe, the Joy of Jazz, the Durban July.”

Europe nations, including England which is home to the most popular football league in the world — the Premier League — has stated that only those vaccinated or those spectators who are able to produce a negative Covid-19 test will be permitted to attend large gatherings such as football matches.

At the ongoing US Open tennis tournament, spectators have also had to produce proof of vaccination in order to be allowed into the Arthur Ashe stadium.

The prohibiting of spectators at sports events has not only impacted the various sporting codes and the quality of product they are able to produce, but it has also affected the transport sector which had a market specifically dedicated to the attendance of sports events, and other entertainment sectors.

Vendors who make their income selling various items at these events have also been hit hard. The deputy president said although the government had attempted to provide for some of those affected, it couldn’t assist every individual impacted.

“The restrictions related to entertainment and sporting venues have made it difficult for some of the artists to sustain themselves. With limited resources from the government, no amount of support could be enough to compensate for the negative impact of Covid-19 on sustainable incomes and livelihoods,” said Mabuza. “While the government made contributions to lessen the negative impact on incomes, we are under no illusion that this can solve all your problems.”

There have of course been questions asked on why the government is choosing this path to follow. Mthethwa said whatever actions they take are guided by recommendations of the National Coronavirus Command Council, as well as health experts.

“Unless you are an epidemiologist or a scientist, we won’t listen to you. The issue here is that it has been proven. In Europe and so on, you see people at stadia. We want that in South Africa. But those people have something in their hands and they’ve been vaccinated,” said Mthethwa speaking to Power FM.

The minister added that the reintroduction of these clouds would be in a staggered and systematic fashion, with the hope of allowing maximum capacity in the distant future.

A few months ago, the World Health Organization (WHO) cautioned countries as they move to permit large gatherings once more, citing sports events as an example.

“We need to look much beyond just the stadiums themselves,” WHO’s senior emergency officer, Catherine Smallwood said. “We need to look at how people get there, are they travelling in large crowded convoys of buses? And when they leave the stadiums, are they going into crowded bars and pubs?”

Fans could be back as early as October 2021 after the South African Football Association pledged to give away free tickets to vaccinated South Africans when Bafana Bafana clash with Ethiopia in the Fifa World Cup qualifiers a month from now. DM

Steve Keating for Reuters • 2 hours ago