The death of Joao Rodrigues: Now we will never know the truth about the death in detention of my uncle Ahmed Timol 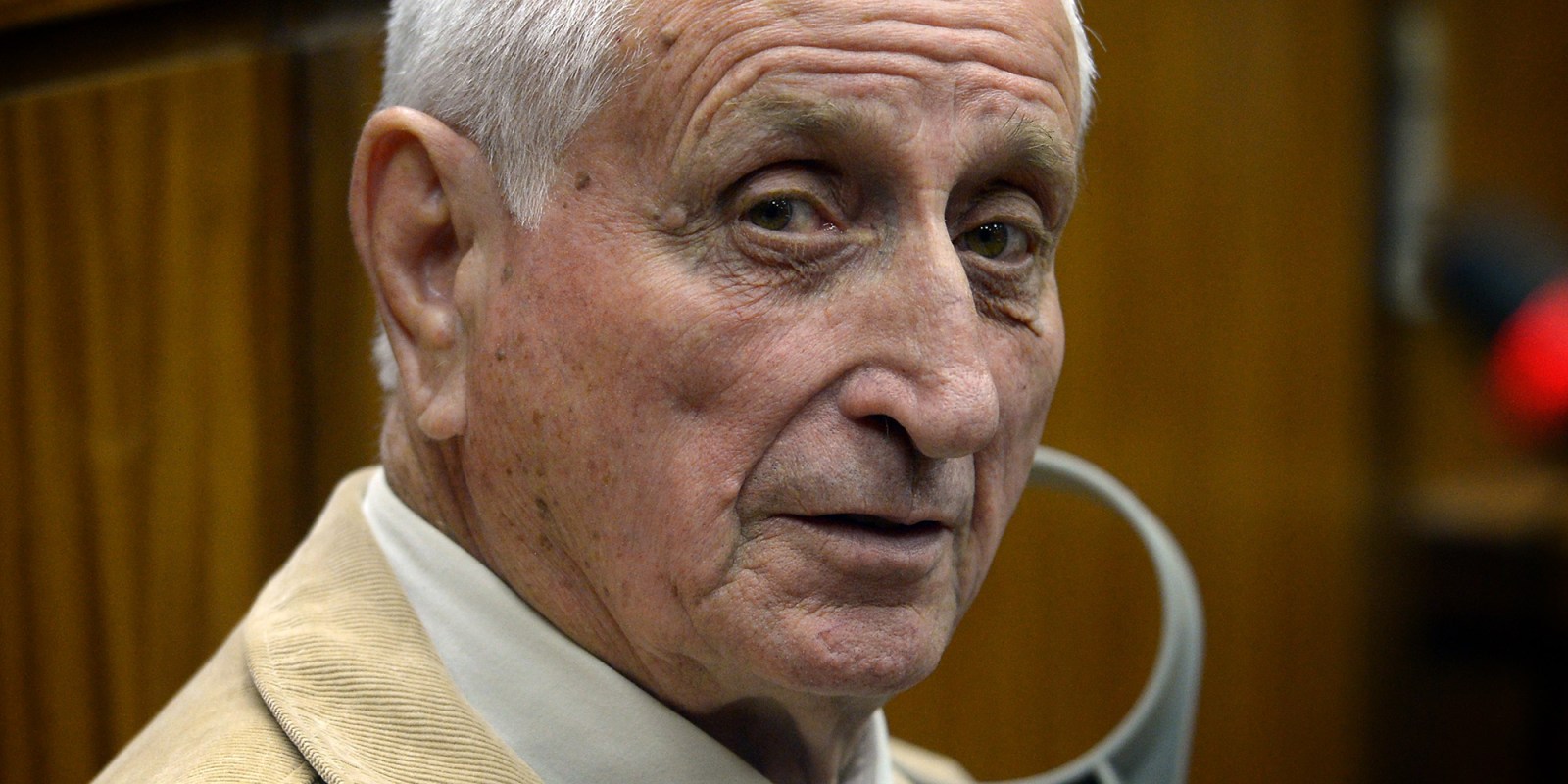 We will never know the truth, and nobody will ever be held criminally accountable for the death of Ahmed Timol. We recognise, however, that we are in a better position than most victim families, having forced the state to reopen the inquest and reach an honest conclusion.

Imtiaz Cajee is the author of The Murder of Ahmed Timol — My Search for the Truth (Jacana). Cajee’s uncle, Ahmed Timol, was 29 years old when he was killed in police detention on 27 October 1971. In 1996, Cajee watched his grandmother at the Truth and Reconciliation Commission plead in vain for information about what really happened. Cajee made a vow at that time to do everything possible to have his uncle’s case reopened. Finally, 42 years after Timol’s death, a new inquest found that Timol had indeed been murdered.

Part of me died when I heard that apartheid security policeman Joao Rodrigues died this week, bringing my 25-year quest for justice for my murdered uncle Ahmed Timol to an end.

Rodrigues’ daughter called to inform me, and I went cold for a moment — not out of shock or grief, but a sense of loss. My first thought was that those who made it their business to prevent the prosecution of apartheid killers had ultimately won, and we had lost.

On processing the call, however, I began to feel a sense of liberation. I was now free to put some of the lessons I have learnt at the disposal of other families battling to overcome the shock and trauma of losing loved ones, and the pain of feeling disavowed.

It is not about vengeance, but about justice.

In many instances, members of the apartheid-era killing machine are already dead. In these cases, families want the indignity of false inquest outcomes overturned. Where perpetrators are still alive, and did not receive amnesty from the Truth and Reconciliation Commission, they must be tried.

If the cost of our democracy included a lifetime of pensioned freedom for state killers, and the affirmation of the outcome of crooked apartheid inquests, then the cost was too high.

It is an injustice that spits in the face of those who had the courage to pay the ultimate price in the struggle for justice.

But it is not only an injustice; it also represents a loss of societal values, principles and morality. It proves that the politicisation (or capture) of prosecutorial services under apartheid has continued unabated until today.

The truth matters, to individuals and societies.

According to apartheid-era legend, Rodrigues was a lowly clerk who happened to be in the interrogation room when my uncle died. But we don’t really know the truth.

What we do know is that his version that Uncle Ahmed committed suicide was readily accepted by an inquest magistrate in 1972, but rejected on the basis of irrefutable evidence 46 years later when the inquest was reopened.

Other police closely associated with Uncle Ahmed’s torture and death, such as those named as members of his interrogation team, are already dead. We will thus never know what actually happened in that room. Or why the lowly Rodrigues received a special certificate of commendation from the national police commissioner at the time.

We will never know the truth, and nobody will ever be held criminally accountable. We recognise, however, that we are in a better position than most victim families, having forced the state to reopen the inquest and reach an honest conclusion.

South Africa is a signatory to the United Nations Declaration of Basic Principles of Justice for Victims of Crime and Abuse of Power, but its management of apartheid crimes fails to accord with either the letter or spirit of the global agreement.

Instead of treating apartheid-era victims with compassion and respect for their dignity, and facilitating their access to justice, South Africa has been contemptuous of victims and engaged in secret deals, cover-ups and obfuscation.

Next month it will be 50 years since Uncle Ahmed’s arrest for anti-apartheid activities. That the apartheid regime covered up his murder was no surprise. But for the past 27 years, we’ve been living in a post-apartheid democracy led by my uncle’s comrades!

Twenty-five years ago, I convinced my grandmother to testify at the first round of Truth and Reconciliation Commission hearings in Johannesburg. Twenty years ago, the TRC recommended that Uncle Ahmed’s death, among about 300 others, be reinvestigated.

Eighteen years later, the pressure I’d been applying on the NPA to reopen my uncle’s inquest finally paid off.

The high court overturned the apartheid inquest’s suicide finding and recommended Rodrigues be tried for my uncle’s murder. He spent the last four years of his life executing a Stalingrad-style legal strategy to delay the trial — forever, as it turns out.

We still want the Constitutional Court to pronounce judgment on Rodrigues’ final legal ploy to petition it for a stay of prosecution. If the apex court dismisses his argument that he was too old to stand trial, and that the delay of the trial was unfair, it will stop other accused from pursuing this delaying strategy.

But, mostly, we want the NPA to simply do its job.

In the usual course of events, when people are murdered the State is responsible for representing them at their killers’ trial. When Oscar Pistorius murdered Reeva Steenkamp, for instance, the Steenkamp family did not have to appoint its own lawyers to facilitate the trial.

But this principle does not apply to people murdered by the apartheid state.

It emerged in 2015, in an affidavit deposed by former national director of public prosecutions Vusi Pikoli, that prosecutors had received political instructions not to prosecute the so-called TRC cases.

This revelation was not repudiated by the then government led by president Thabo Mbeki, or by his successors. Instead, former president FW de Klerk recently alluded to a secret agreement between his (apartheid) regime and its successors.

In the usual course of events, police and prosecutors are responsible for investigating murders, but this principle has also been allowed to fall by the wayside.

I largely investigated my uncle’s murder myself, compiling a detailed dossier, but still got nowhere in my effort to have the NPA reopen the inquest, and eventually had to seek the support of public interest lawyers.

This created unnecessary procedural complexity and delays, which ultimately benefited those in whose interest it is that those accused are never brought to trial. It shouldn’t be this difficult.

Family members in these cases, as in all other murder cases, should not have to bear the burden of appointing their own legal representatives and investigators. They usually have sufficient forensic evidence — newspaper cuttings, names of witnesses and so on — to deal directly with prosecutors and trigger the process. Then the NPA should take over.

If the NPA did its work, inquests could be reopened and dealt with in days without the need for show trials, lengthy witness lists and unnecessary expense.

The UN declaration clearly outlines the state’s responsibilities. Among them, paragraph 6 (c) requires signatories’ judicial and administrative processes to provide “proper assistance to victims throughout the legal process”.

There is no place for the NPA to hide any longer.

Either it acts on the unfinished business of apartheid-era prosecutions or it demonstrates that it continues to prosecute with fear and favour — that it doesn’t ascribe to the principle of equality before the law, and that the era of our institutions being captured by politicians is still with us, alive and kicking. DM