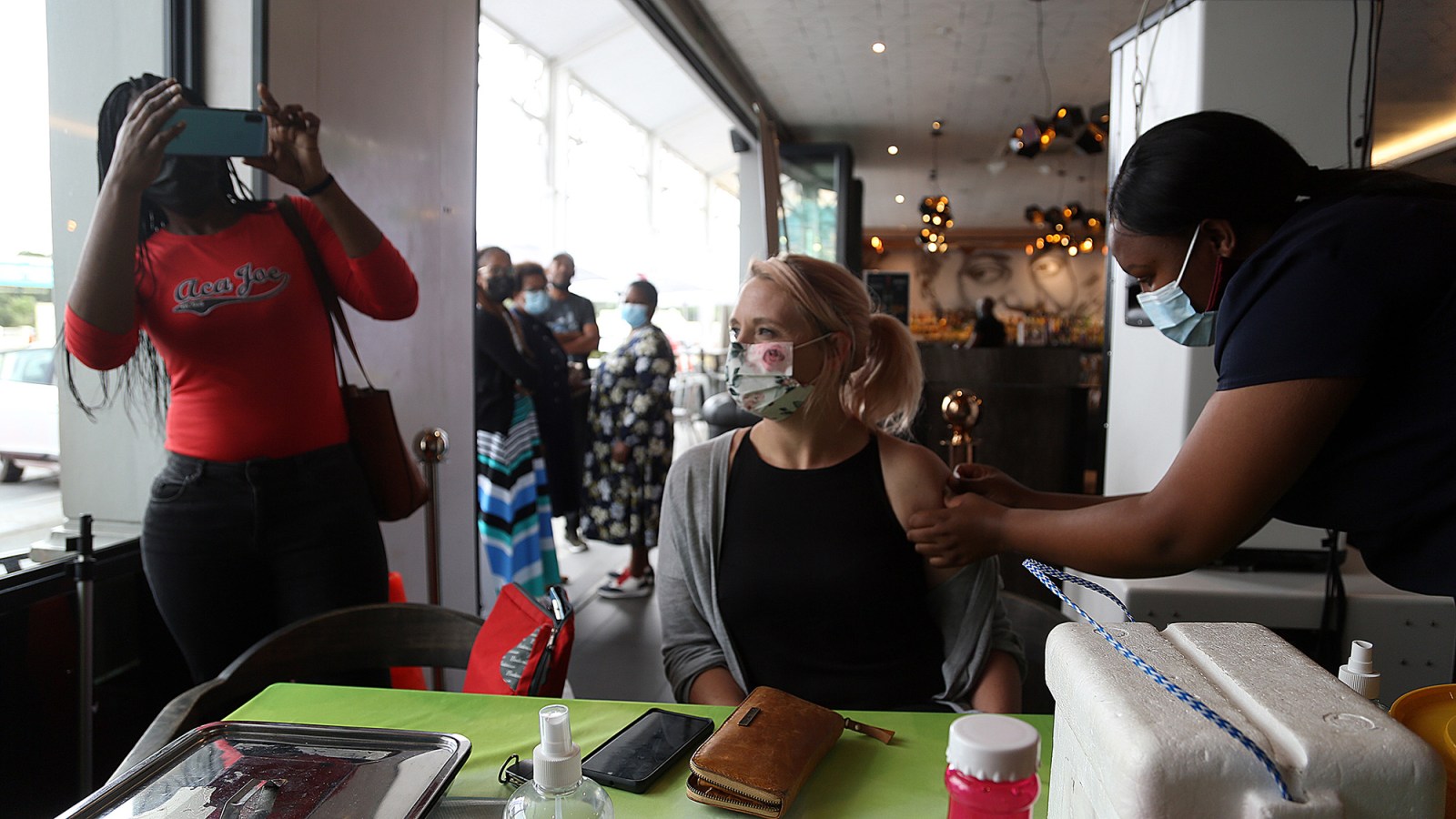 Following its strategy of taking the Covid-19 vaccine to the people, the Eastern Cape Department of Health recently stationed vaccinators at a bar in East London, where people could get a drink and a Covid-19 jab.

Good gin and good vibes made space for nurses and jabs at a bar in East London a few weeks ago as the Eastern Cape Department of Health set up a pop-up vaccination station at a bar — offering patrons a vaccine with their afternoon drinks.

The pop-up vaccination station at the Omni Gin Bar in Hemingways Mall, East London is one of the many initiatives by the Eastern Cape Department of Health to “take the vaccine to the people”. It is also part of a campaign to target young people in the province’s vaccination drive.

The pop-up site remained at the bar for five days at the end of August, with jabs being offered between 2pm and 7pm every afternoon.

Those aged between 18 and 49 make up the largest proportion of the Eastern Cape population that must be vaccinated.

Showing a vaccine card also got patrons access to a special Vaxx Platter for R200 with riblets, wings and chips.

The province is currently second in the race, led by the Western Cape, to get as large a percentage as possible of the population vaccinated, with about one in three adults in the Eastern Cape having received the jab.

Luyanda Mbengashe was one of the first Omni patrons to get the vaccine.

“I feel totally normal,” she said on Thursday. “My arm was a bit sore the rest of the day. I haven’t had any bad side effects.”

Following the vaccination drive at the Omni bar, there was also a party with music by the Naked DJ.

MEC Nomakhosazana Meth said that more than 1,000 people had been vaccinated through the department’s “mall initiatives”, which included the bar vaccines coupled with a drive-through site.

The head of the department, Dr Rolene Wagner, said they were aiming to carry out 42,000 vaccinations a day.

Plans to expand the department’s vaccination drive include drive-through vaccinations at the Mthatha Stadium and another site in the town, and continuing to provide vaccinations at Sassa pay points, retail stores, taxi ranks and community halls.

Mgwebi Msiya, spokesperson for the Eastern Cape Liquor Board, said bars and shebeens had been accused of being superspreaders because of non-adherence to Covid-19 health protocols.

“Liquor traders must encourage their patrons to go for vaccination to protect themselves against the impact of the coronavirus infection. Vaccinated patrons will ensure that liquor outlets reduce potential cases of being Covid-19 superspreaders,” Msiya said. DM/MC