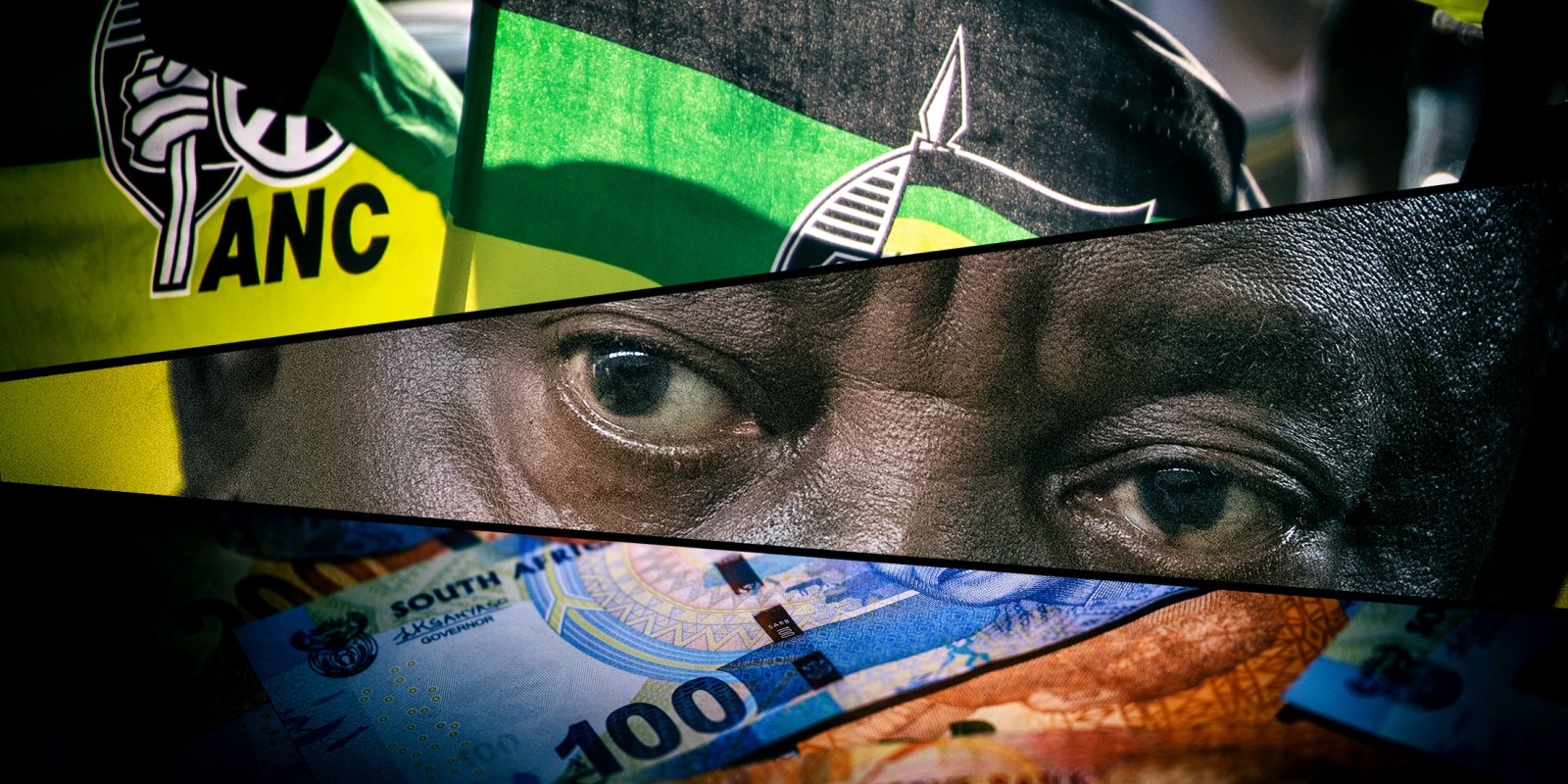 amaBhungane has argued in the Pretoria High Court that donations to internal political party campaigns — which can lead to the candidate’s elevation to high office — are constitutionally required to be disclosed.

Does the Constitution require that donations made to advance the cause of candidates vying for positions within political parties be disclosed?

This is the question debated before the full Bench of the high court this week in a dispute between the amaBhungane Centre for Investigative Journalism and the president of the Republic of South Africa.

amaBhungane argued that this is indeed what the Constitution envisages: in order to curb the undesirable influences that donations can have on recipients, such donations should be disclosed by law — at least in respect of members of the executive.

Section 96 of the Constitution envisages that members of the Cabinet and deputy ministers must act in accordance with a code of ethics set out by national legislation.

This code must include provisions that they must not act in any way that is inconsistent with their office, or expose themselves to any situation involving the risk of a conflict between their official responsibilities and private interests.

The Executive Members’ Ethics Act and its associated code, which is promulgated by the president, is the legislation that gives effect to Section 96 — but amaBhungane argued that, to the extent that the Executive Members’ Ethics Code does not provide for members of the executive to disclose who funds their internal party campaigns, the code does not meet this constitutional standard.

Lawyers representing President Cyril Ramaphosa opposed the application by drawing on technical points relating to whether the condition “triggering” amaBhungane’s application had been fulfilled and on the merits and distinctions of whether such donations do in all cases constitute a “benefit” to the candidates.

The high court: there and back again

amaBhungane has argued its case concerning internal political campaign transparency before. We intervened in the president’s application to review a report by the Public Protector which found that he had breached the code by failing to disclose donations to the CR17 campaign.

However, we were careful to distinguish our case from the dispute between those parties, given the apparent logical, legal and factual errors contained in the Public Protector’s report.

This meant that we made no assertions that Ramaphosa had or had not been obliged to disclose donations made to his 2017 bid for the top leadership position of the ANC.

Our litigation was instead based on the question of principle, and was forward-looking.

The high court dismissed our application on technical legal grounds, finding that the matter was not properly before it.

Tethered as our case was to this president/Public Protector dispute, we once again put forward our views in the Constitutional Court when the Public Protector was granted leave to appeal in that court.

There, the tide turned: on the specific question of our appeal, the Constitutional Court found that the high court had “erred in concluding that the challenge by amaBhungane was impermissible”. It remitted the matter to the high court for a consideration of the merits.

And so, back to the high court we went.

Our approach was informed by the Constitutional Court’s judgment, which had interpreted the existing code as not requiring the disclosure of internal campaign donations — at least in the circumstances that pertained to the CR17 campaign, where the funds were raised and managed independently of Ramaphosa himself.

The crisp question was, then — is this constitutional?

Clearly, we argued, it cannot be.

It is well-known that where money and politics collide, a significant risk of corrupt influence arises. This has been acknowledged by the Constitutional Court in its My Vote Counts 2 decision, as well as by the enactment of the Political Party Funding Act, 2018.

The antidote to such risks is not to preclude donations entirely, though some limits can apply.

Rather, transparency is the tool that can be used to make sure that, should holders of high office be swayed to give greater weight to the interests of their financial benefactors than the interests of the public in their decisions, they can be checked and held accountable.

To amaBhungane, this principle holds, whether it relates to a political party’s election campaign or an individual’s bid to rise in the ranks of a political party. The salient issue is the potential for a conflict of interest to arise.

The principle underlying our argument is perhaps best illustrated by the example our counsel put to the court: a member of the executive would be obliged to disclose gifts such as two bottles of wine worth R500, the provision of rent-free accommodation for a month worth R5,000, and the payment of his or her university fees of R50,000 by a benefactor to enable the member of the executive to complete a part-time degree.

But if the company provides a R5-million donation to a campaign to elect that member of the executive to a senior position within the ANC, DA, or any other political party, nobody ever needs to be told, provided, according to one interpretation, that the money does not flow directly to that politician or is not spent at his direction.

This was the argument made by the president’s lawyers — that the steps Ramaphosa’s campaign took to distance him from direct benefit and control of campaign funds rendered them immune to disclosure in a way that was still constitutionally compliant with the code.

We regard this distinction as superficial. It seems to suggest that a donation to a campaign for office within a party is entirely different to a donation or gift to a person forming the subject of such a campaign. This ignores that the fortunes of the campaign and the candidate are inextricably intertwined.

It fails to acknowledge that, win or lose, the candidate may feel beholden to the benefactor of his or her campaign.

The Constitutional Court’s landmark 2011 judgment in Glenister v President of the Republic of South Africa and Others held that Section 7(2) imposes a positive obligation on the state to take reasonable measures to combat corruption.

Surely, transparency in respect of these types of donations, where the sums can be vast (as the CR17 campaign demonstrated) and which are not caught by the Political Party Funding Act, is one such reasonable measure?

The stakes are high

The Constitutional Court issued a stark warning in 2011:

“There can be no gainsaying that corruption threatens to fell at the knees virtually everything we hold dear and precious in our hard-won constitutional order. It blatantly undermines the democratic ethos, the institutions of democracy, the rule of law and the foundational values of our nascent constitutional project. It fuels maladministration and public fraudulence and imperils the capacity of the state to fulfil its obligations to respect, protect, promote and fulfil all the rights enshrined in the Bill of Rights. When corruption and organised crime flourish, sustainable development and economic growth are stunted. And in turn, the stability and security of society is put at risk.”

In the ensuing years, there has been no respite from the deluge of news reports concerning allegations of corruption at every level of government. These have included reports concerning holders of high office such as ministers (think Digital Vibes) and even the former president.

Disclosure of donations does no harm to those who contest elections for office within political parties. It can only be of detriment to them if they stray from serving the public interest to privilege the interests of their donors — as well it should.

This, in our view, is the accountability called for in the Constitution: no more, no less. We’ve walked a long road in pursuit of this principle.

A finding of invalidity together with a suspension that allows the president time to amend the code to meet the constitutional standard would, in our view, serve the public interest by striking a much-needed blow against corruption.

We await the court’s decision with anticipation. DM