Godongwana’s Q&A debut: Hints of action on the econom... 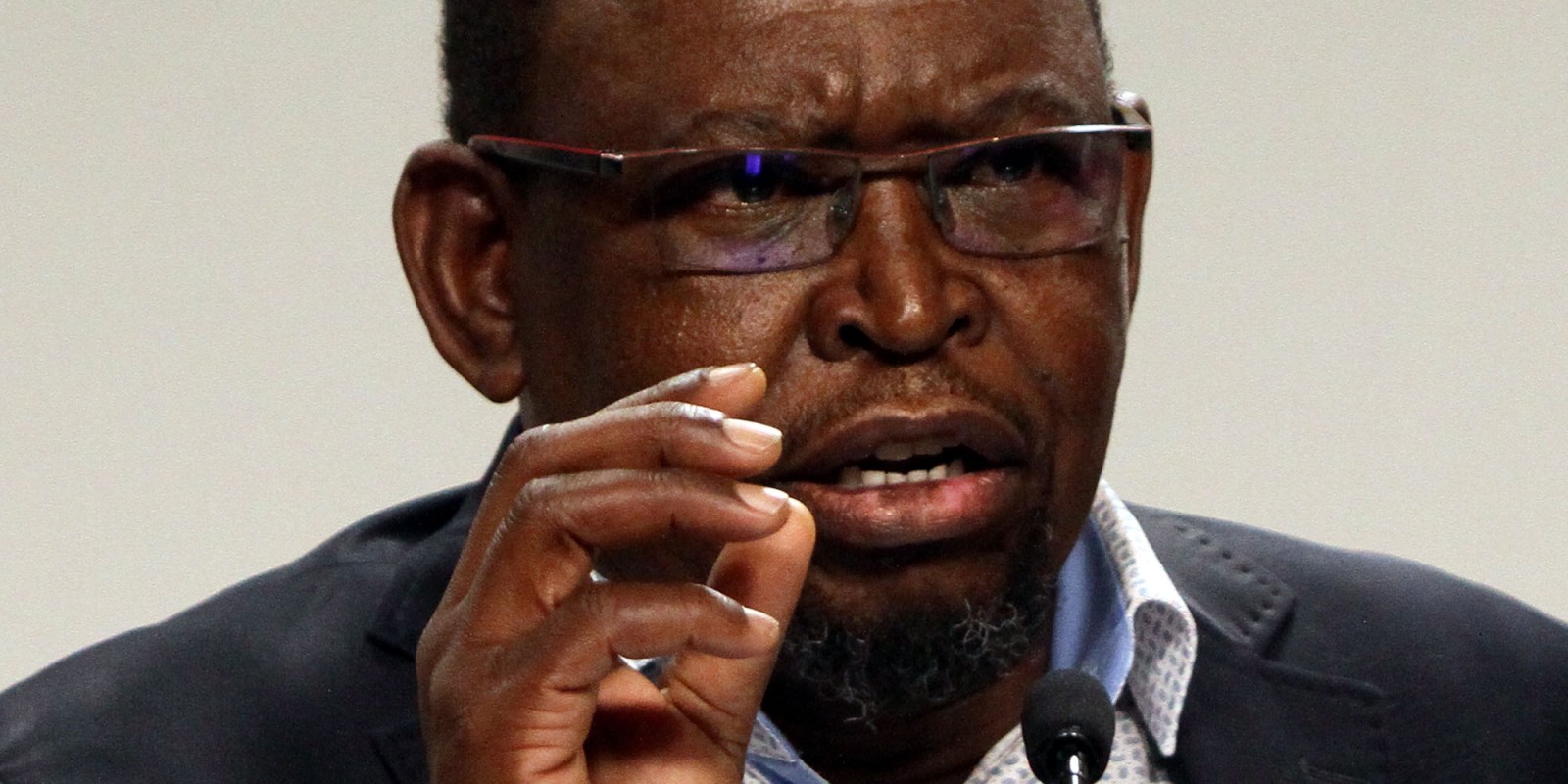 Finance Minister Enoch Godongwana, in his first parliamentary Q&A, signalled that a shift to capital spending from consumption would be detailed in the Medium-Term Budget Policy Statement. As would measures on what could replace or supplement the R350 Covid-19 grant.

“All options also need to be considered with regards to their affordability before a final decision can be made,” said Finance Minister Enoch Godongwana during Wednesday’s parliamentary Q&A of economics ministers.

And that’s about as good as it got on details, even as Godongwana aced the politics. The Medium-Term Budget Policy Statement (MTBPS) is scheduled for 2 November, the day after the local government elections.

South Africa’s 1.2% gross domestic product (GDP) second-quarter increase from April to end-June 2021 is slightly up from the 1% increase of the previous quarter, and Mineral Resources and Energy Minister Gwede Mantashe highlighted how energy and gas had positively contributed this time round.

But that GDP sliver of an upward shift is expected to reverse itself in the third-quarter GDP numbers, which will include the impact of the July public violence and looting.

Ditto the ever-worsening joblessness numbers. A further deterioration is expected from an already dismal 44.4% unemployment on the expanded definition that includes those too discouraged to look for work, and youth unemployment at 64.4%.

The latest GDP figures, released by Stats SA on Tuesday, also indicate a slowdown in the commodity boom.

It was a commodity tax windfall that underpinned the additional release of more than R32-billion from the national revenue fund to, among others, inject R3.9-billion to the government-owned insurer Sasria to help meet claims from the July public violence and looting.

R2.8-billion has already been paid out, MPs were told on Wednesday, to reinstate until March 2022 the R350 Covid-19 Social Relief of Distress grant for which some 12-million people apparently applied, and to introduce support for uninsured small businesses affected by the July public disorder.

The Second Special Appropriation Bill to approve these extra monies is currently in Parliament.

Godongwana snappily sidestepped questions about the cost of the July unrest. It was too early to give definitive numbers, as only a month had passed, the finance minister said. He then provided National Treasury info that had already been presented to the Select Committee on Finance in the National Council of Provinces on 24 August, such as R50-billion being the consensus number on damages and that almost one percentage point had been shaved off 2021’s GDP.

Godongwana proved his political nous. Answers were brief and factual – and the short shrift given to opposition barbs on cadre deployment, ANC tenderpreneurs and such delighted ANC benches, which responded with cheers and applause.

But the reiteration that the National Treasury, as part of government, would be doing its bit for economic growth, accelerating the implementation of the government’s Economic Reconstruction and Recovery Plan and more effective and efficient spending, sidestepped any potentially meaningful details.

In taking this tack Godongwana placed himself in the same corner, economically, as President Cyril Ramaphosa, of providing dull rhetorical repeats with a dollop of hopeful hints.

The recent presidential Q&A in the House contained many hints: work is under way on “further measures” to reverse joblessness, and to boost growth on the economic front. “We will be articulating this in time to come,” said Ramaphosa on 3 September.

“I want to see this scheme recast and recalibrated. I have told the financial sector I am not happy about this.”

However, his hint that the much delayed and now litigated spectrum auction would be resolved this month seems to be rearing off course towards 2022.

The Independent Communications Authority of South Africa (Icasa), according to Business Maverick, has filed a consent order in court, agreeing to set aside its Invitations To Apply, which triggered legal challenges by Telkom and MTN, in an effort to reach agreement for a spectrum auction in January 2022.

The release of broadband is needed for the migration from analogue to digital – South Africa missed the international deadline to switch – and to widen internet access. It is part of the central structural reforms, as the government usually puts it, “to ignite economic growth and recovery”.

Although the Icasa consent order signals delays, Communications and Digital Technologies Minister Khumbudzo Ntshavheni on Wednesday said she was encouraged by the parties’ attitude “on processes that are beneficial towards our national interest.

“The decision by Icasa does not detract from the engagements the minister continues to hold with the telecommunications mobile operators and other relevant parties to find an amicable solution towards an urgent release of the spectrum.”

Later in Wednesday’s economic ministers’ Q&A in the House, Ntshavheni told MPs they should call Icasa to explain its decision. But her ministry was continuing to pursue Open Access Network to ensure delivery of cheaper data for the poor.

“We are confident [that] within the month of October we can go to Cabinet with a proposal on Open Access Network… and we can declare a percentage of data that can go to each household,” the minister said.

However, a spectrum auction in January 2022 is some two years behind the Ramaphosa administration’s initially targeted December 2020 date – clearly signalling not only the slow pace of policy reform and implementation, but also incapacity and inability in government, regulators and the public service.

Another of the government’s central structural reforms to facilitate skilled immigration is currently at the policy, regulatory and framework review stage. It’s scheduled to be completed with recommendations at the end of October. A list of scarce skills is expected on 17 September.

Those hints of action were also evident when, as ANC president, Ramaphosa opened the weekend’s governing party National Executive Committee lekgotla on 4 September. The Economic Reconstruction and Recovery Plan was being implemented, but “must be supplemented by further targeted measures if we want to make decisive progress in addressing poverty and unemployment”.

Ramaphosa contextualised hints of economic policy action with comparisons to advanced economies shifting “from a conservative, neoliberal approach towards the encouragement of fiscal spending”, or a shift from corporate tax cuts to increases.

And while some might want to swat away such commentary as ideological pandering to the ANC factions, it’s also important to remember the Ramaphosa government administration likes to peg itself against global norms and standards.

It was important for the government in April 2020 to say it was offering a Covid-19 lockdown package equivalent to 10% of GDP, or R500-billion, just as the US and UK did – percentage-wise, not in monetary volumes.

That 10% of GDP relief package number cropped up again in one of the finance minister’s answers on Wednesday.

Godongwana proved his mettle as a firm backer of Ramaphosa’s economic agenda and a smooth political operator. With the focus now shifting on local government electioneering, his next test will be the MTBPS.

Straddling the politics/governance divide ahead of an election on 1 November, Godongwana was very clear: “My mandate is from the giant ANC and party of the future.” DM