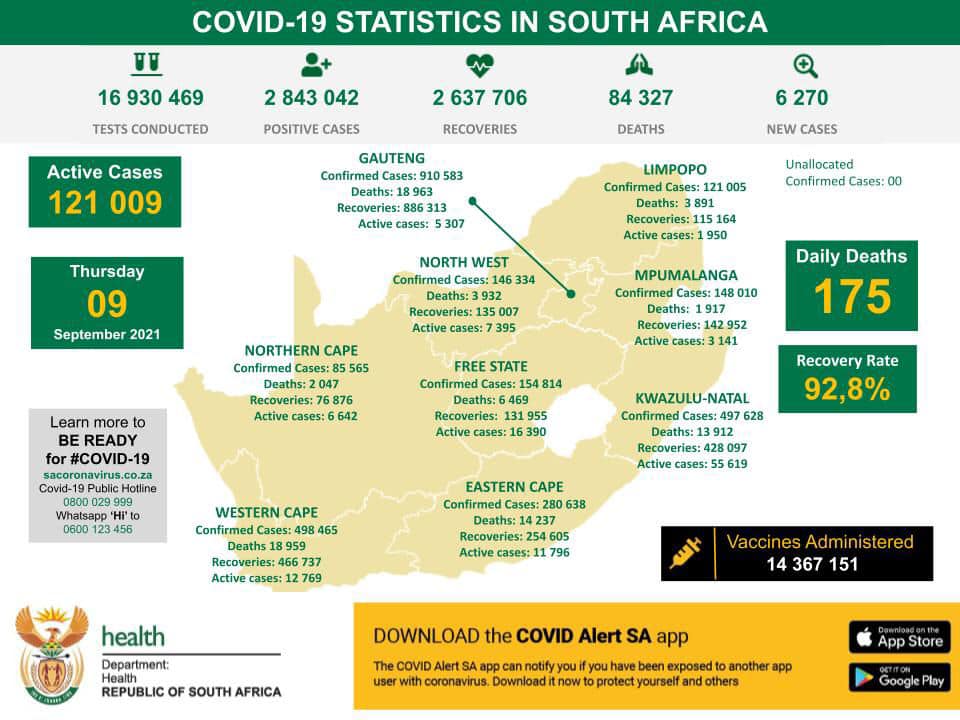 US President Joe Biden will order all executive branch employees, federal contractors and millions of healthcare workers to be vaccinated against the coronavirus, and direct his administration to issue new rules saying large private employers must require shots or testing.

Microsoft said it won’t forecast a new date for a full reopening of its US work sites. It had planned to start reopening on 4 October.

Delta Air Lines said a fifth of its unvaccinated employees received a Covid-19 shot in the two weeks since the airline announced that they would be subject to a $200 monthly surcharge. Mississippi doctors who spread misinformation about Covid-19 risk suspension or loss of their medical licences.

President Joe Biden was to order all executive branch employees, federal contractors and millions of healthcare workers to be vaccinated against the coronavirus, and direct his administration to issue new rules saying large private employers must require shots or testing.

The moves, to be outlined by Biden in a speech on Thursday, stretch the administration’s authorities to new lengths as it seeks to quell the resurgent Covid-19 pandemic. The administration says there will be consequences for those who don’t follow the rules: federal employees could be dismissed and private employers could be fined.

Ecuador registered an 85% decline in diagnosed Covid-19 cases as of the final week of August thanks to a public vaccination campaign that inoculated more than half of its people, the health ministry said in a statement.

Mississippi doctors who spread misinformation about Covid-19 risk suspension or loss of their medical licences, according to new rules from the state’s Board of Medical Licensure.

“Licensed physicians possess a high degree of public trust and therefore have a powerful platform in society,” the board wrote in a newly approved document. “Physicians must understand that actions online and content posted can affect their reputation, have consequences for their medical careers, and undermine public trust.”

Mississippi has been hit with one of the worst outbreaks in the US caused by the Delta variant. It is one of the least-vaccinated states.

Early international travel bans, physical distancing measures and one of the highest testing rates in the world helped Australia cap deaths from Covid-19 to about 900 in 2020, a report by the government’s health statistics agency found. That would rank the pandemic disease about 135th among leading causes of death based on past trends, the Australian Institute of Health and Welfare said.

If Australia had experienced the same case and death rates as Canada, Sweden and the UK, there would have been 680,000 to two million cases instead of the 28,500 recorded, and 15-46 times the number of deaths, the 173-page report found. The institute estimated the nation’s Covid case-fatality rates at 3.1% for males and 3.2% for females, with the chance of dying rising sharply from about the age of 70. Last year, 7% of all Covid cases in Australia and 75% of deaths were among people living in residential aged-care facilities, it said.

Starting next week the guard will provide non-medical support at 25 hospitals across the state. It’s the largest contingent of Kentucky National Guard ever called on to respond to a health emergency in the state, the Democratic governor said.

“Every hospital is bursting at the seams,” Beshear said during a Thursday news conference. “We are a state full of more sick people than we have ever seen.”

Delta Air Lines said a fifth of its unvaccinated employees received a Covid-19 shot in the two weeks since the airline announced that they would be subject to a $200 monthly surcharge.

The carrier also hasn’t seen a rise in employee turnover, Chief Health Officer Henry Ting said at a media briefing on Thursday. Delta’s employee vaccination rate has increased to 78% from 74% since it became the first major US employer to levy a penalty. Separately, new data from the Society for Human Resource Management found that employees might threaten to quit over a mandate, but haven’t really done so thus far.

The Scottish Parliament approved plans to introduce vaccine certificates for entry into nightclubs, adult entertainment venues and some live events such as music concerts and soccer matches. The proposal was put forward by the Scottish National Party government, though it was opposed by opposition parties on the grounds that it would ultimately be unworkable.

Health Secretary Humza Yousaf said the move was designed to keep a lid on cases heading into winter and also to encourage younger people to get inoculated. It will come into effect on 1 October to give all over-18s the opportunity to get two shots. Scotland has emerged as Europe’s infection hotspot after restrictions on physical distancing were lifted and schools reopened in mid-August.

CDC says universities should mask up

Wearing masks and physical distancing is an important strategy for preventing the spread of Covid-19 in university settings, a study from the US Centers for Disease Control and Prevention released on Thursday found.

As universities open for in-person learning, the study recommends that universities should consider taking mask use into account when determining which unvaccinated close contacts require quarantine if enforced testing protocols are in place. However, the researchers added that the study was conducted before the highly transmissible Delta variant became the dominant strain in the US which could have an impact on the findings.

Maine’s intensive-care cases rose to a record of 74, amid an increase in infections nearing the surge of last winter. The state has one of the US’s highest rates of vaccination, with 72.3% of people having at least one dose, compared with the national average of 62.7%, according to the Bloomberg Vaccine Tracker. Health officials say almost all serious disease is among the unvaccinated.

Microsoft said it won’t forecast a new date for a full reopening of its US work sites.

The company said it will now open US work sites as soon as it’s able to do so safely based on public health guidance. It had planned to start reopening on 4 October at its Redmond, Washington headquarters and other US sites.

The company noted that difficulties remain with remote work. Employee surveys show continued challenges to satisfaction with work-life balance and team connection. “Solving the Hybrid Work Paradox will be the challenge of the decade,” Microsoft said in a blog post.

New York City Mayor Bill de Blasio said on Thursday the city would expand its vaccine mandate to all employees of childcare centres and after-school programmes that have city contracts. Childcare employees must get their first Covid shot by 27 September, bringing them in line with a vaccine requirement for public school employees. It also announced a $35-million fund to provide bonuses to physicians who get their patients vaccinated. New York City is just 5,000 people short of reaching its June goal of five million fully vaccinated residents.

Europe is stepping closer to booster shots, with the UK regulator saying they’re safe while the European Medicines Agency reviews data on third jabs from Pfizer and Moderna.

A decision on the use of a Pfizer booster dose six months after the second shot is expected to come in the next few weeks, Marco Cavaleri, head of vaccines strategy at the EMA, said at a briefing.

Covid-19 vaccines made by Pfizer and AstraZeneca can be used as safe and effective booster doses, the UK’s Medicines and Healthcare Products Regulatory Agency also said on Thursday.

Italy expands use of vaccine pass

Italy’s government introduced a limited extension to the use of vaccine passports as tensions rise in Mario Draghi’s coalition over the government’s right to curtail citizens’ movements and activities based on vaccination status.

Nursing home caregivers and school support staff are now required to have the so-called “green pass,” which offers proof of vaccination, of a recent negative test or of having recovered from the illness.

The WHO’s Africa unit is pleading with countries that have vaccine supply agreements with the continent to fast-track these deliveries after Covax, the global programme set up to immunise the world, cut its 2021 supply forecast by more than a quarter.

Africa will fall short of about 50 million doses by the end of September in its efforts to inoculate 10% of its inhabitants. The year-end goal of having about 900 million doses means “there will be a need to ramp up supply considerably,” said Richard Mihigo, programme area manager for immunisation and vaccine development at the WHO’s Africa office.

South Africa’s government is preparing to ease restrictions that were imposed to curb the spread of the coronavirus after a sustained slowdown in new infections.

Larger public gatherings will probably be permitted, making it easier for political parties to campaign for upcoming municipal elections, according to people with knowledge of the deliberations within government. Alcohol trading hours are set to be extended and a nighttime curfew will probably be shortened, they said. DM