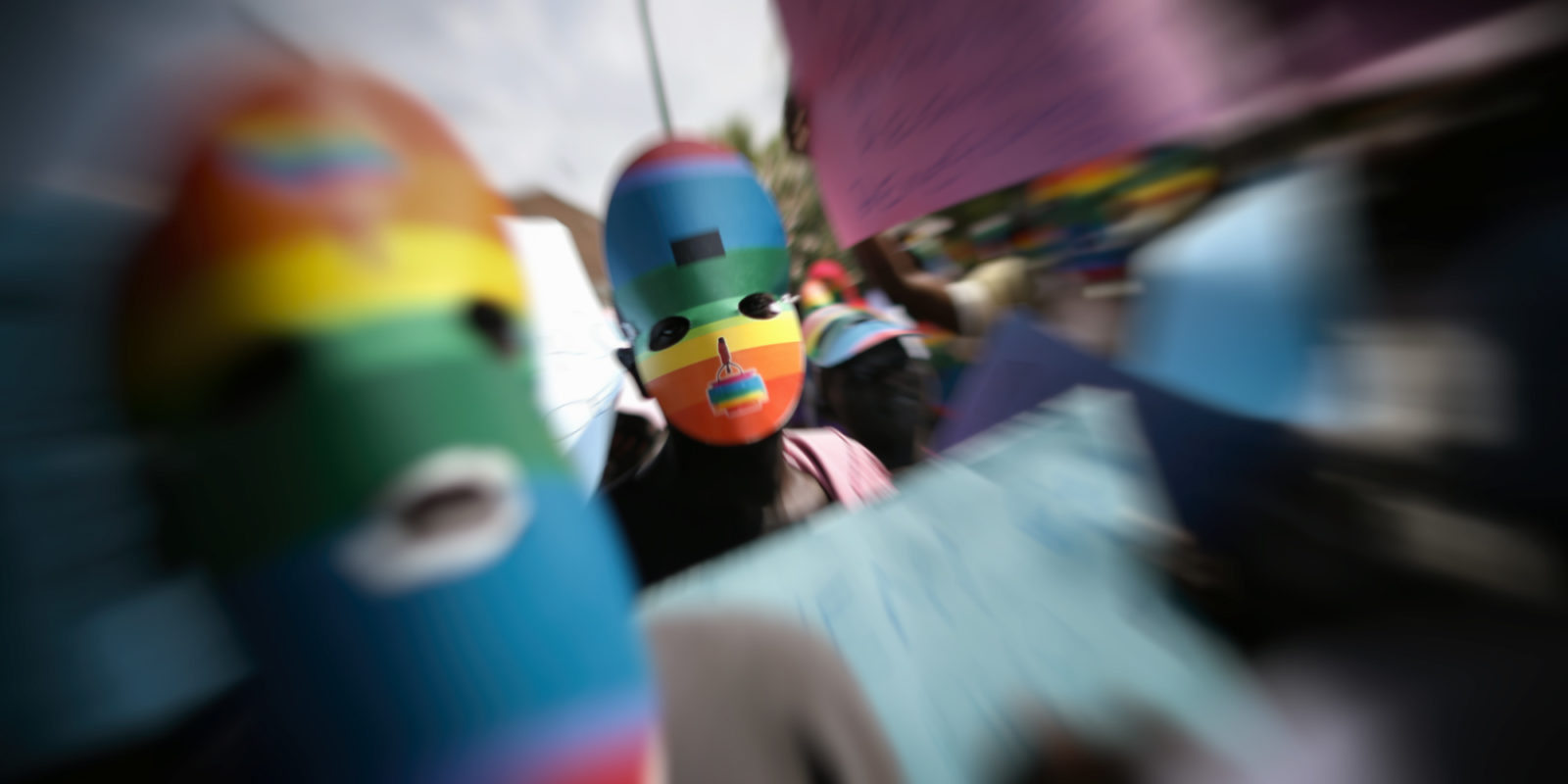 People within the LGBT struggle must work with others to ensure access to basic rights, particularly socioeconomic rights that are increasingly under threat, say activists.

The Centre for the Advancement of Non-Racialism and Democracy at the Nelson Mandela University is holding a conference titled “The State We’re In — Democracy’s Fractures, Fixes and Futures”. As part of the conference, on Wednesday it held a discussion titled “Queering Democracy: LGBT Struggles in Africa”.

The discussion’s panel was composed of academics, activists and lawyers working to advance LGBT rights within the context of democracy. On the panel were Monica Tabengwa, a human rights lawyer representing the United Nation Development Programme (UNDP); Liberty Matthyse, the executive director of Gender DynamiX; and Professor Peace Kiguwa, associate professor in psychology at the University of the Witwatersrand.

Facilitating the panel was queer and feminist activist and scholar Professor Melanie Judge, who started the discussion by noting that the terms “queer” and “democracy” don’t often appear next to each other and that the discussion was about challenging hierarchies of power.

Judge said that LGBT activism was for freedom and was integrally linked to the desire for dignity. And that the notion of “inclusion” when discussing LGBT issues allows an interrogation into belonging and whose life is valued. Judge said that defending and advancing rights is about calling for more democratic governance and unpacking what human rights and justice mean in an African context.

Tabengwa said the UNDP uses human rights as a measure of equality and non-discrimination. All countries, she said, have constitutions that have these rights embedded in them and the denial of one right is the denial of another because rights are by nature indivisible. Equality is where all the other rights flow from.

Tabengwa said that the use of the law to assert rights has seen much success and that the process of democratisation could not be complete without the realisation of human rights. However, “just getting the judgments in court doesn’t achieve the change that we want”.

People within the LGBT struggle must work with others to ensure access to basic rights, particularly socioeconomic rights, which are increasingly under threat, said Tabengwa.

In doing so, however, people needed to be cognisant that those opposing the realisation of these rights are very organised and have access to finance and resources.

Matthyse, who identifies as trans non-binary, explained that their organisation looks at democracy as allowing people the ability to meaningfully participate socially, politically and economically.

They said it was important for people to be able to make informed decisions about their own bodies and to be able to rely on democratic institutions of power to claim and vindicate their rights. Matthyse went on to say that being able to make visible the struggles of LGBT people required taking up space in public arenas.

Speaking about hate crimes in South Africa, Matthyse said that these were prevalent even during lockdown and that the notion of gender-based crimes had to be expanded to include LGBT people.

Matthyse felt it was also key to be able to ask the question, “Are we able to exist without stigma and violence and have full bodily autonomy to have dignity and equality?” in order to take the discussion forward.

Kiguwa wanted those in attendance to think about the politics of power, violence and freedom, not only from an institutional perspective. She said democracy is taken for granted and that because we have an idea of what it is as well as its parameters, people then tend to not do enough work to relook and reimagine it.

Kiguwa asked what it means when a state chooses to withdraw rights from segments of its population. She said there was a need to be able to have recourse in the form of law when facing dehumanisation, but that it can’t stop at legal protection — the government also needed to be accountable.

Kiguwa asked how it was possible in South Africa to talk about “queer lives still not mattering” despite their rights being guaranteed in the Constitution.

Kiguwa asserted that sex has always been political and when having conversations about gender and sexuality, Africa has been caught up in “political manoeuvring”.

She concluded that “we cannot afford single-issue politics” and that there was a need to build coalitions. DM/MC