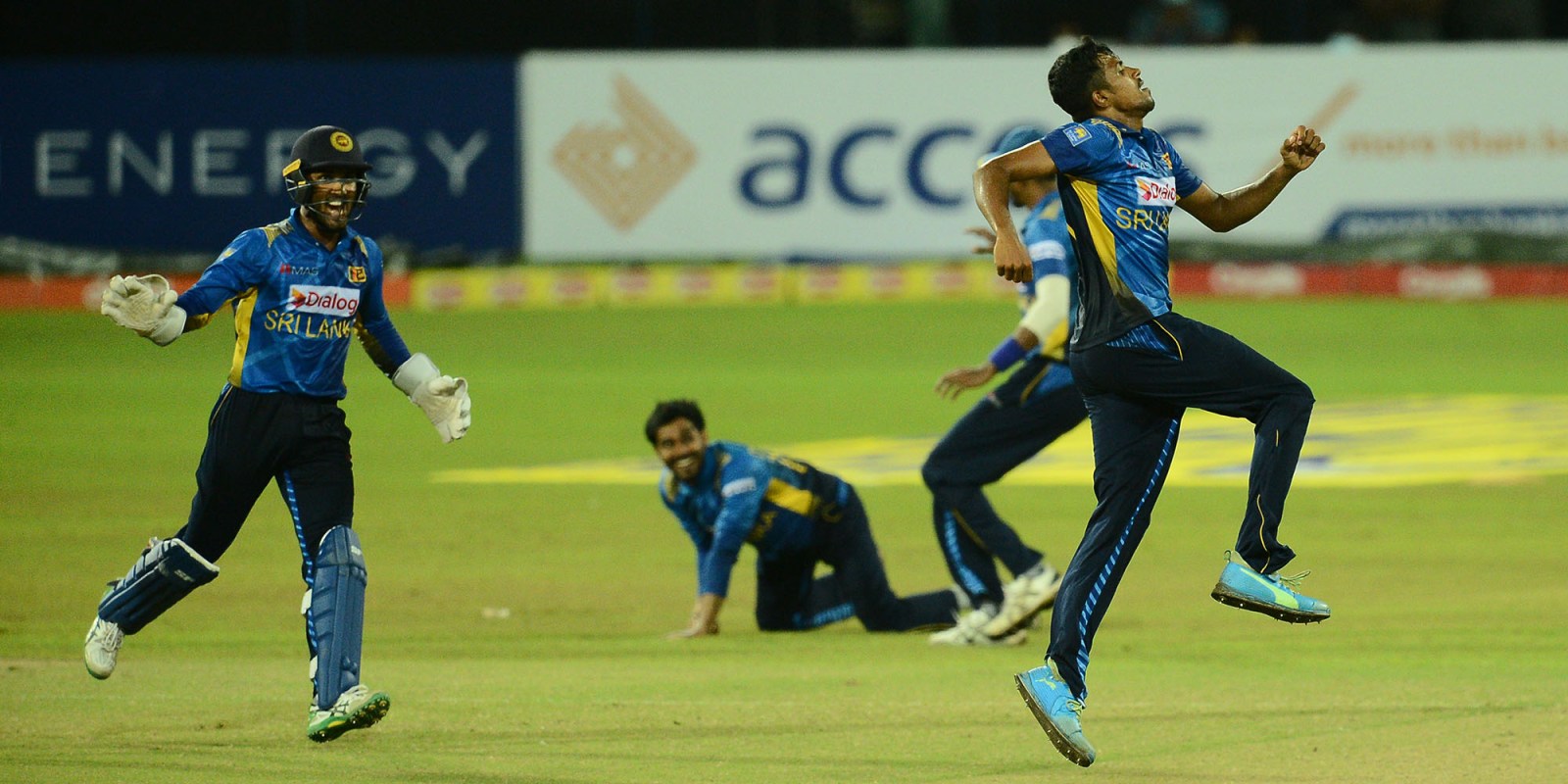 The Proteas lose their One Day International series against Sri Lanka after a below-par batting performance and some outstanding bowling from the hosts.

The Proteas bowlers did brilliantly in restricting Sri Lanka’s willow wielders to just 203 runs for nine wickets in their allotted 50 overs of the series-deciding One Day International (ODI) between the two sides.

The home side’s bowlers did even better though as they made light of the South African batting line-up for just 125 runs after 30 overs. The solid bowling effort by the hosts handed them a 78-run win on the day and a 2-1 overall series victory.

The result has compounded pressure on the Proteas, who have come under increasing scrutiny for happenings on and off the field of play.

Sri Lankan debutant spinner Maheesh Theekshana claimed four wickets, while seamer Dushmantha Chameera chipped in with the two crucial wickets of top-order batters Reeza Hendricks and Rassie van der Dussen in the space of two overs. The latter’s figures of two for 16 in his four overs earned him player of the match.

“On a wicket that is tough and was going to get tougher as the game went on, to lose three wickets in the first five overs and four of your top six [batters] in the first 10… you’re always going to be on the back foot,” said Proteas head coach Mark Boucher in his assessment of the match.

“I think they did bowl well. They bowled smartly. I thought their seamer bowled with some good energy and bowled good areas, backed up by some good catching as well. They started off the innings well and put us on the back foot straight away.”

Heinrich Klaasen, who was one of Theekshana’s victims in Colombo, recorded the highest score by a South African batter, registering 22 runs before he was trapped leg before wicket to leave South Africa reeling on 54 for six after just 16 overs.

The loss leaves the Proteas outside the automatic qualification spots on the 2023 World Cup qualification Super League. Sri Lanka have risen to fifth place after clinching the series.

Only the top seven teams qualify automatically, with the hosts, India, taking the eighth spot. The remaining five sides will have to duke it out in an extra qualification tournament, where the two best performers will book the remaining spots for the 10-team tournament.

With conditions at the R Premadasa stadium being friendly to spin, the Proteas’ bowling attack was led by spinners. Keshav Maharaj, filling in as skipper in the absence of the injured Temba Bavuma, led from the front and took three for 38 in his 10 overs.

After losing the toss and being asked to bowl first, Boucher’s men started off positively as Maharaj — who opened the bowling — struck in his second over to claim the wicket of opener Avishka Fernando.

The stand-in skipper was ably assisted by George Linde and Tabraiz Shamsi, who claimed two wickets apiece. Part-time spinner Aiden Markram chipped in with a single wicket after bowling his full complement of 10 overs.

The batters might have been disappointing, but Boucher reserved special praise for the spinners, beaming with pride on the depth that the Proteas possess in that particular department. Especially as they have always been a seam-driven side.

“It’s a change of mindset. As South Africans we’re used to fast bowlers, a lot of all-rounders coming in,” Boucher said. “But you have to back that up with good spinning options. That is where we’re quite strong at the moment. We’ve got a lot of depth in our spinning department and are really competing with some of the world’s best.”

The coach will be hoping that his web-slinging masters will have a similarly significant impact in the upcoming three-match T20 series, which begins on Friday.

He will also be hoping that the type of batting performance displayed in this latest loss doesn’t make another appearance. A win is crucial for the Proteas as they continue to work towards the T20 World Cup set for October. DM