Quiver Trees – a succulent that would literally give... 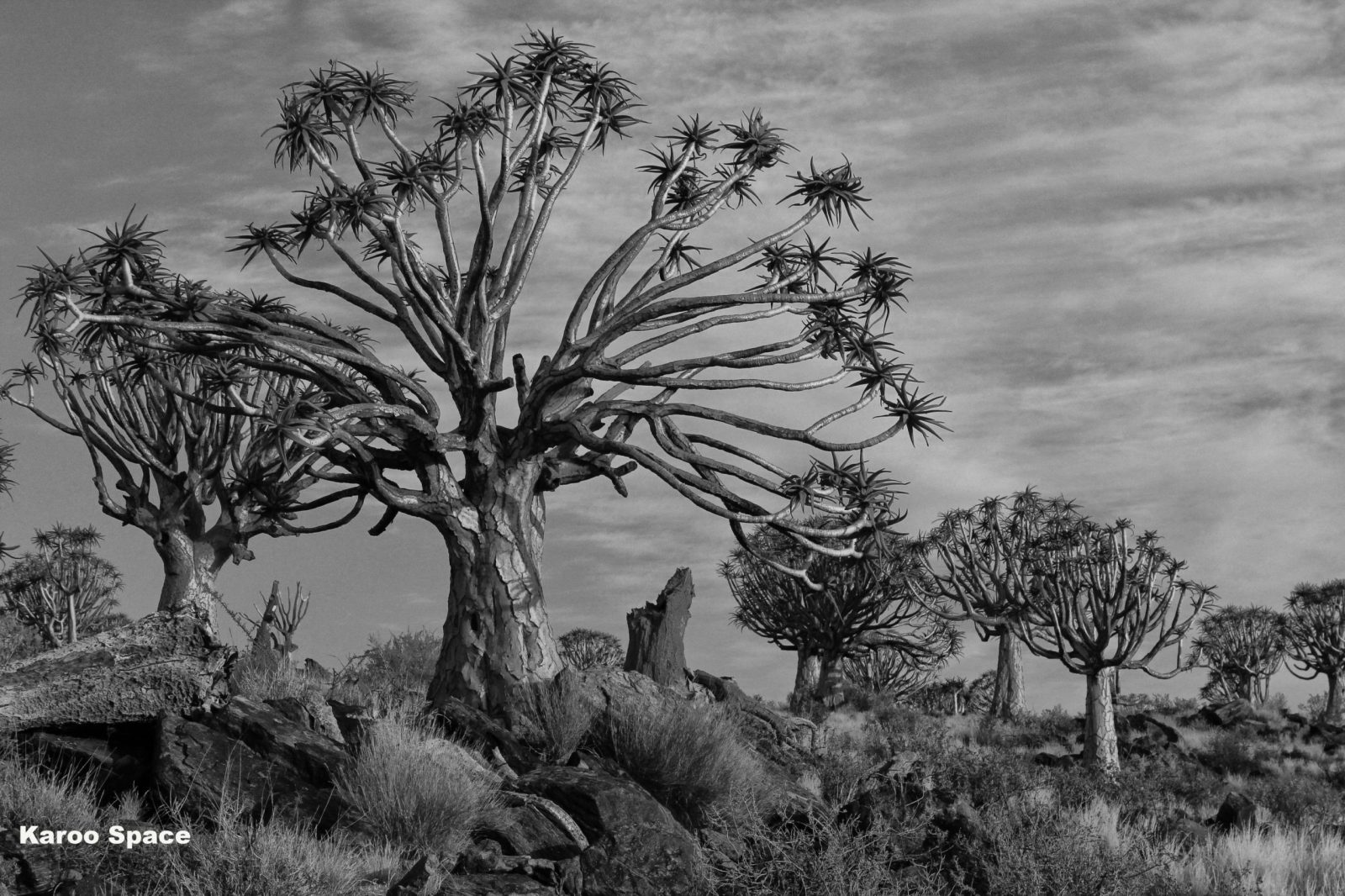 There are two quiver tree forests in the Northern Cape: one is south of Loeriesfontein and the other west of Kenhardt.

On the ridge lines they stand with arms wildly splayed, frozen in place, as if waiting to say their lines from some epic drama.

Every treelike aloe has its own identity and beauty, a profound and reverberating presence, a survivor’s spirit that shimmers like beaten copper. Some are carved and twisted by sun and heat. Others stand on the brink of cliffs, relishing the cooling updrafts. Many are old and golden; a few are pale and young. Most have a bronze fissured bark that glows at dawn and dusk as if lit from within. All have pale forked branches and sage-green hands holding up the blue sky.

Quiver trees look so otherworldly that director Stanley Kubrick wanted to make them part of his landmark film 2001: A Space Odyssey. According to author Michael Benson, who wrote a book on the making of the movie in 2018, Kubrick “stole” some of these endangered plants in Namibia and had them moved to a different location for a more photogenic backdrop. In the end, though, very few real quiver trees appeared in this sci-fi classic. Instead, Kubrick had several fake ones made in England.

More recently, another legendary director in that genre, Ridley Scott, filmed his successful Raised by Wolves television series outside Cape Town. He created a fictional Planet Kepler 22-b out on Lourensford Wine Estate and had a bunch of kokerbome shipped in to add an otherworldly effect to the craggy background.

That’s Hollywood for you.

Their Latin name, Aloidendron dichotomum, literally means “tree-like aloe with bifurcated branches”. Sit in the shade of one of these massive succulents, lean against the trunk and you will feel comforted by its grandfatherly dignity and sheltering arms.

The soundtrack is silence, interspersed by the occasional wheezy twitter of a sociable weaver or the distant keraak of a korhaan. In midwinter, when the yellow flower clusters are out, you’ll also hear the steady drone of bees and the excited calls of malachite sunbirds coming for the nectar. Baboons have been known to eat the sweet blooms. People who have sampled them swear they have the subtle flavour of asparagus.

“Its bark is rather hard but the pith is soft, light and spongy. The branches of the trees are used by the natives (Bushmen) as quivers for their arrows. They hollow them out and cover the one end with a piece of leather and thus skilfully make from this tree, which they call Choje, a strong and serviceable quiver.”

Where to find them

Apart from the two “forests” in the Northern Cape, there is also one outside Keetmanshoop in Namibia, and a small but expanding man-made version at the Karoo Desert National Botanical Gardens outside Worcester. The SA National Biodiversity Institute sourced several from Klein Pella in Bushmanland in 1999, rescued before being flattened to make way for a new road. They add a few more every year.

Quiver trees grow readily from seed, but as any dryland gardener can attest, they loathe too much water. This is why the attrition rate in the moist botanical garden seems higher than in dry Bushmanland, where the punishing summer temperatures, winter frosts and frequent droughts apparently suit them better.

Arm and a leg

A typical specimen will live for anywhere between 80 and 200 years. It survives drought by making calculated sacrifices when needed, cutting off the flow of moisture to some of its branches, effectively amputating them in times of extreme water stress. While walking among quiver trees you will also notice the fallen soldiers among them, taken by old age or drought, and some that have fallen victim to what scientists call “windthrow”.

This is when buffeting winds actually pluck these unmoving quiver trees right out by their roots and dash them to the ground where they slowly devolve into prone skeletons – with an added benefit.

Anyone who enjoys a chilled ale in the desert will be pleased to note that there is a definite cooling effect as air passes through the fibrous tissue of the dead trunks. In death, these survivors of desert storms and climate change make very handy natural fridges, especially when wet. DM/ML

This is an excerpt from Karoo Roads II – More Tales from the Heartland. Written and photographed by Karoo storytellers Chris Marais and Julienne du Toit, the book can be ordered from [email protected] and delivered to your door (within South Africa) for only R340. 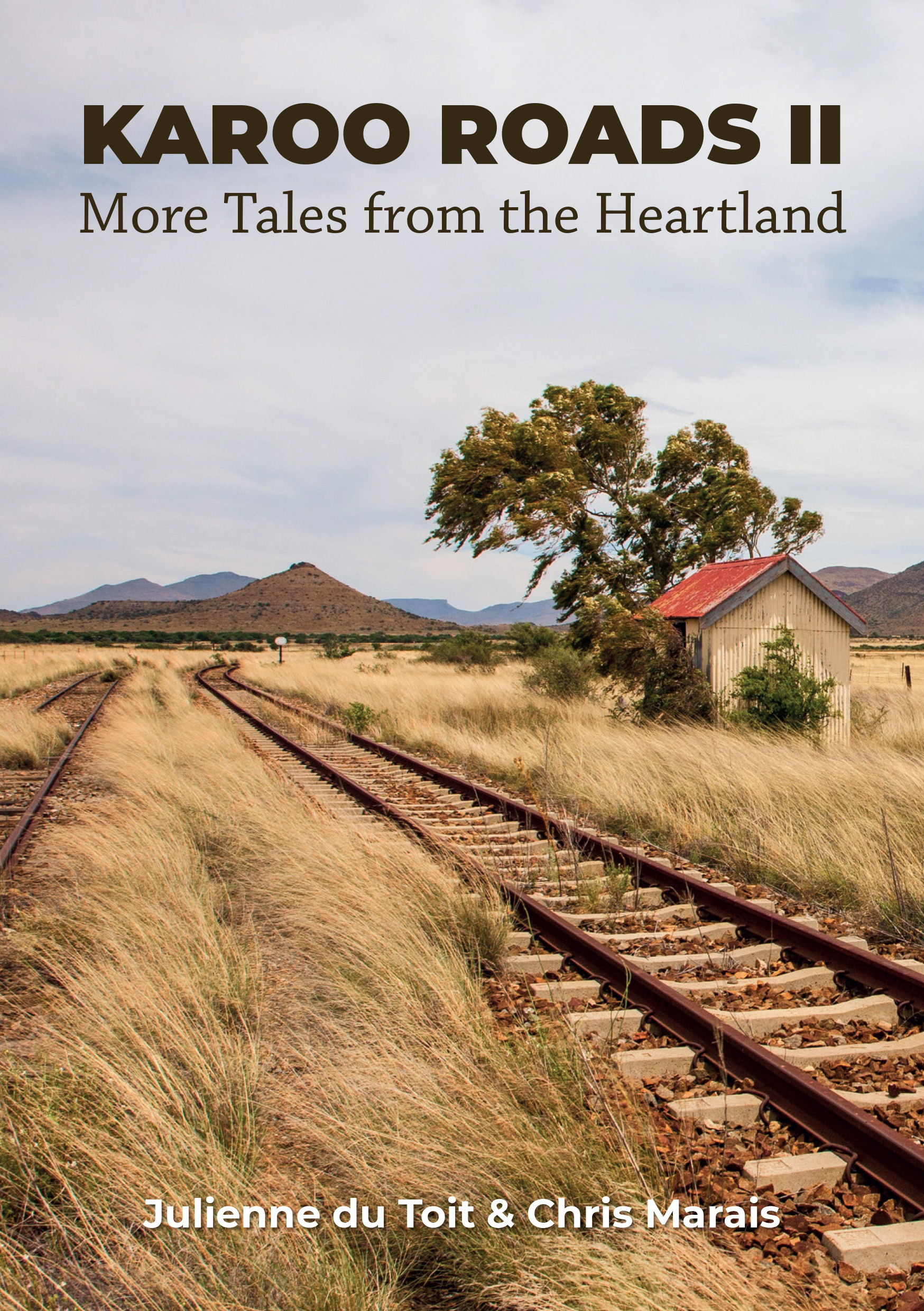