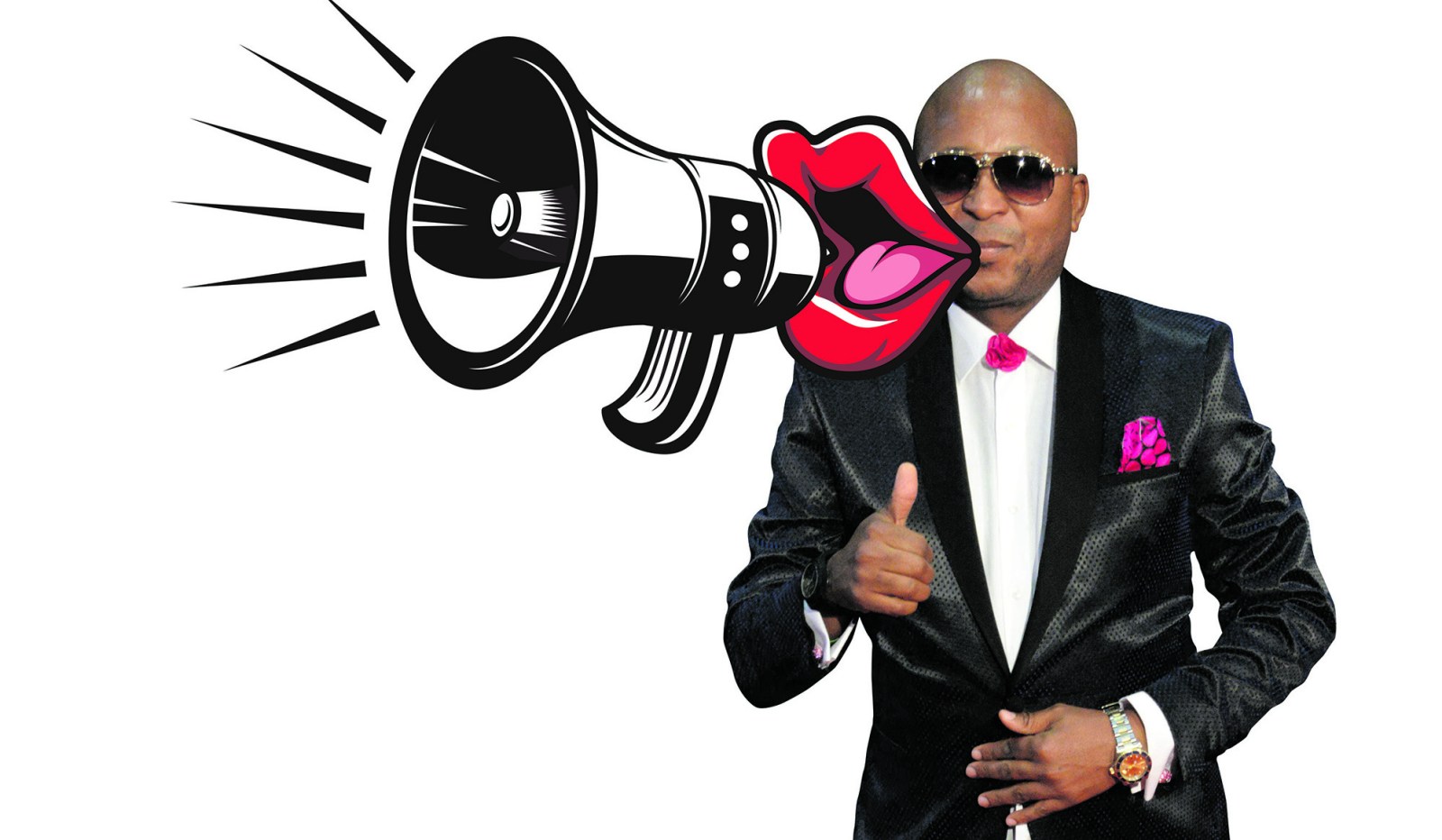 Say goodbye to fake news and hello to non-mainstream media, publishing the truth, the whole truth and nothing but the (alternative) truth.

Kenny Kunene, former criminal, former politician, present businessperson and media mogul-to-be, has relaunched his website Africa News24-7 as Africa News Global. Don’t worry if you’ve never heard of Africa News24-7, or if you have confused it with that other News24 site – well, actually, you should worry if you’ve confused it with News24, because News24 is mainstream media and Africa News Global is alternative media. So says Kunene himself, and we have no reason to disbelieve him.

In fact, DM168 has managed to get the news (pun intended) from the horse’s mouth. We have been leaked a record of Kunene’s first big speech to his assembled alternative staff. And, as for staff, Africa News Global will draw in key figures who are languishing right now in the mainstream media and give them a true home in this alternative media space – famous reporters such as Mzilikazi wa Afrika, and some famous editors, such as Piet Rampedi.

We’re calling it a “space” because that’s what marketing people do, and one has to keep up with all the fresh new marketing terms, otherwise one will be left behind when the Fourth Industrial Revolution arrives in South Africa. (It is currently scheduled for 1 April 2022, though that could change – look out for an announcement, starting with the words “My fellow South Africans”, from the President.)

Anyway, that’s irrelevant, because Kunene will be leading the Alternative Fourth Industrial Revolution. In his speech, he explains the difference between mainstream media and alternative media.

“Okay, everyone, settle down… We’re so glad to have you all here, and we’re so glad you have escaped from the clutches of the mainstream media. You have been debrainwashed, thanks God. We are the alternative, and I’m here to tell you how it’s all going to work.

“In some cases, I’ll be using examples from our inaugural edition, soon to be published, so you can see precisely how this business of mainstream versus alternative works.

“So, just to take a random example, Daily Maverick. A well-known case of mainstream media. Yes, I know they are pretending to be alternative, but that’s just fake news. They are actually very mainstream, and I’ll tell you how I know that.

“The editor in chief of Daily Maverick, Branko Bricksz, Borkcz, Brakcsz, something, sorry, I’ll get my secretary to look that up later – well, Branko says The Doors are the greatest band that ever lived. Clearly an outright lie! Fake news!

“Not only were The Doors bad, they were led by some lizard guy who dropped his pants at a concert. I mean, how can that be a great band? Everybody knows it’s the ladies who are supposed to drop their pants at a concert. Or take off their tops. If they are not already wearing bikinis, that is. And, if they are wearing bikinis, they should be on stage.

“So that Doors guy dropped his pants at some concert, to show off his lizard, and then died of a drug overdose – which looks like the punishment of God to me. Maybe it took a few years, but we know the Mills of God grind slowly. Nearly as slowly as the South African justice system.

“And, don’t forget, that was back in the ’60s and ’70s, when The Doors were big – when, we all know, South Africa was still in the grip of apartheid, and white people were especially blinkered. Even those hippie types who liked The Doors. How can that be the greatest band that ever lived? That’s white privilege right there. The Doors were shit. We all know the greatest band that ever lived was TKZ.

“What? You don’t know who TKZ was? Right, you’re fired. Moving on.

“Where do we find that alternative rogue unit, you ask? Come on, people, just look around you. There are rogue units everywhere. Rogue MK veterans, rogue Crime Intelligence, rogue… Oh, has the mainstream media already said that? Well, then, our job is to find a rogue unit that hasn’t been mentioned so far. And we’ll look until we find one. Can’t be hard. Even the Mafia has rogue units. Even the CIA has rogue units – you saw The Bourne Identity, didn’t you? Now there was some real alternative news.

“Are you getting this?

“Alternative news isn’t news that’s the opposite of mainstream news. It’s the alternative. So if the mainstream media says Jacob Zuma is lying, we don’t say he’s telling the truth – we say he’s not lying so much. He’s just lying a little bit. If they say he isn’t truly ill, we say he’s only partly truly ill.

“Sorry? Dudu Myeni? What about her? Leave her out of this. She’s suffered enough.

“Okay, so that’s where we’re going… That will be our first big story, and it will be on our website, along with a big ad for a big party with scantily clad young women lying around with bits of sushi on their bodies. And yes, there will be serviettes for those who don’t want to get any wasabi on their Gucci jackets. That will be in the ad too, rest assured. We will run all ads of such kinds, especially for parties with scantily clad young women, and especially if they are ads for ourselves and our fabulous parties – and we will do so without fear or favour.

“We’ve got to be on the right side of the digital divide. And by right, I mean left. One step to the left, okay? Just one step.

“We want to get to those people who have lost all trust in government. You know, those people who, if the government says get vaccinated, they swear they will never take the vaccine in their lives. If the government says don’t take ivermectin, they immediately go and buy extra ivermectin from the vet and start taking it at once, just in case. Those are the readers we want to get to, okay?

“All the mainstream media is fake news, so we’re the alternative fake news, right?”