Three things you should know about mosquitoes 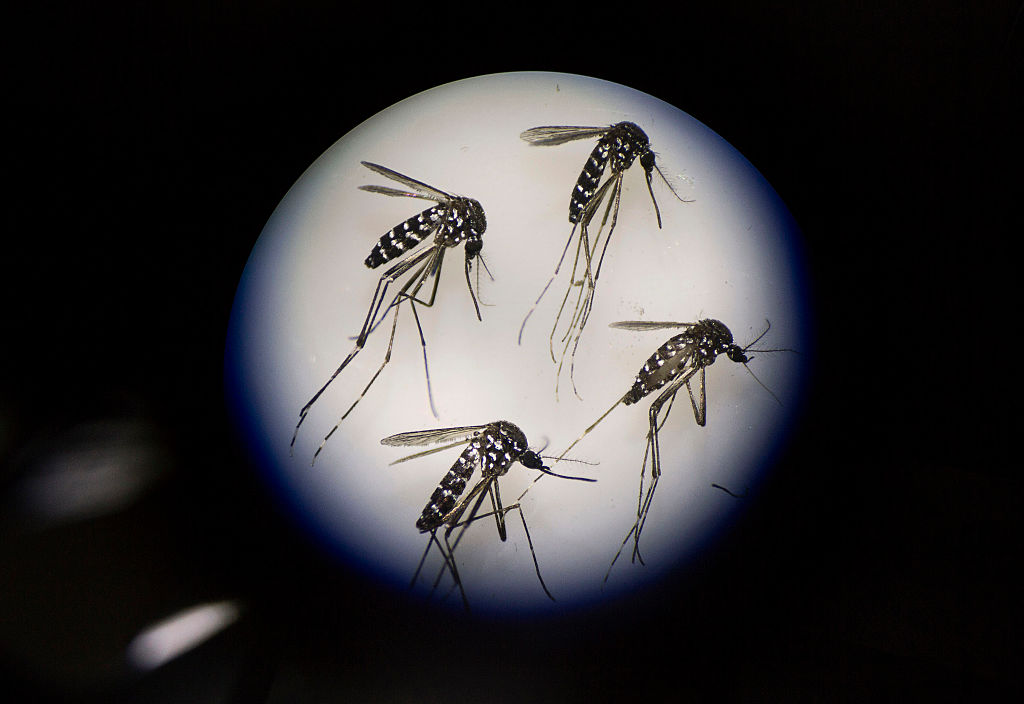 For thousands of years malaria was a mysterious illness affecting people across the globe. Even the name of the disease, ‘malaria’, derived from two Italian words meaning ‘bad air’, highlights the confusion around the transmission of this disease. It was only following the discovery of malaria parasites in the gut of Anopheles mosquitoes in India by Sir Ronald Ross on 20 August 1897 that a clearer picture of the role of the mosquito in the malaria transmission cycle emerged.

Ross was awarded a Nobel prize for this discovery, and since 1930 World Mosquito Day has been observed on 20 August to commemorate this important finding and highlight the role of mosquitoes in the health and well-being of humans.

Mosquitoes are among the deadliest animals in the world. Half of the deaths attributed to these insects are associated with malaria. But mosquitoes are carriers of a number of other parasites, viruses and nematodes (roundworms) that threaten the health of humans. It’s surprising, then, that the general public tends to be ill-informed about mosquitoes in general.

There are still many things scientists don’t understand either. For example, how do mosquitoes find us? What do they like about us? And why are some mosquitoes just a biting pest while others are deadly? In addition, new mosquito species are still being described and discovered. Species previously not thought of as vectors are now being implicated in the transmission of malaria.

As malaria research scientists we have chosen some interesting facts about mosquitoes to share with you. We also highlight what they mean for public health.

Mosquitoes are generally thought of as the noisy nuisance that pesters you at night. But they differ greatly in their biology and distribution. There are around 3,500 mosquito species belonging to five genera.

The whiny mosquito that instantly comes to mind is most likely a member of the Culex genus, which is active at night. These mosquitoes lay their eggs as egg rafts in a range of different water bodies (breeding sites). They are associated with diseases like West Nile virus and Japanese encephalitis in some regions, but not in South Africa.

In contrast, Aedes mosquitoes are mostly encountered during the day. These mosquitoes are black with distinctive white or silvery markings and breed in containers such as tyres and tree holes. They lay single eggs on the damp sides of a water body rather than directly onto water. These mosquitoes are capable of transmitting a range of deadly viruses including dengue, yellow fever and Zika.

Unlike Aedes and Culex mosquitoes, Anopheles mosquitoes make only a soft buzzing sound and hence are often referred to as the “silent killers”. Of the approximately 460 Anopheles species, at least 70 have been implicated in malaria transmission. Adult Anopheles mosquitoes are brown or black with dappled wings and are generally most active between dusk and dawn. They also have a very distinctive resting posture, with their abdomens pointing away from a surface at an angle of about 45 degrees as opposed to resting parallel to the surface they are resting on. Female anopheline mosquitoes also lay single eggs on the surface of water bodies and hatched larvae lie parallel to the surface of the water.

Female anopheline mosquitoes interact with you when in search of a blood meal. They use the proteins in blood to assist with egg production. In her search for essential proteins, the female malaria mosquito bites – she doesn’t sting. Male malaria mosquitoes are harmless and play a critical role in the pollination of plants.

Toxorhynchites mosquitoes, also known as elephant mosquitoes, do not have biting mouth parts. Their larvae are, however, actively carnivorous and eat other mosquito larvae. In certain conditions they have been used for biological control.

It is also worth noting some mosquito look-alikes, notably crane flies. These large flies cannot bite, but are commonly mistaken for gigantic mosquitoes.

Despite being associated with a wide range of diseases, mosquitoes are not capable of transmitting viruses such as HIV, Ebola or thenovel coronavirus.

How to protect yourself

Mosquito-borne diseases are often preventable. But they are unfortunately associated with high levels of poverty and weak health systems. This makes controlling and preventing these diseases very challenging.

It is therefore very important to protect yourself from mosquito bites when in an area with a high risk of exposure to mosquito-borne diseases. Consider covering exposed areas of skin with repellents and sleeping under a mosquito net.

There are drugs which offer protection for travellers who haven’t been exposed to malaria before (which is most of South African population) and, despite urban legend, they do not mask symptoms of the disease. If you develop a fever after travelling to a malaria endemic area, you should tell your healthcare provider where you have been.

Vaccines for yellow fever and Japanese encephalitis are available and several more are in development. There has been promising malaria vaccine news but meanwhile it’s wise to take precautions. DM/ML