Premature Inauguration? Bushy Maape sworn in as new Nor... 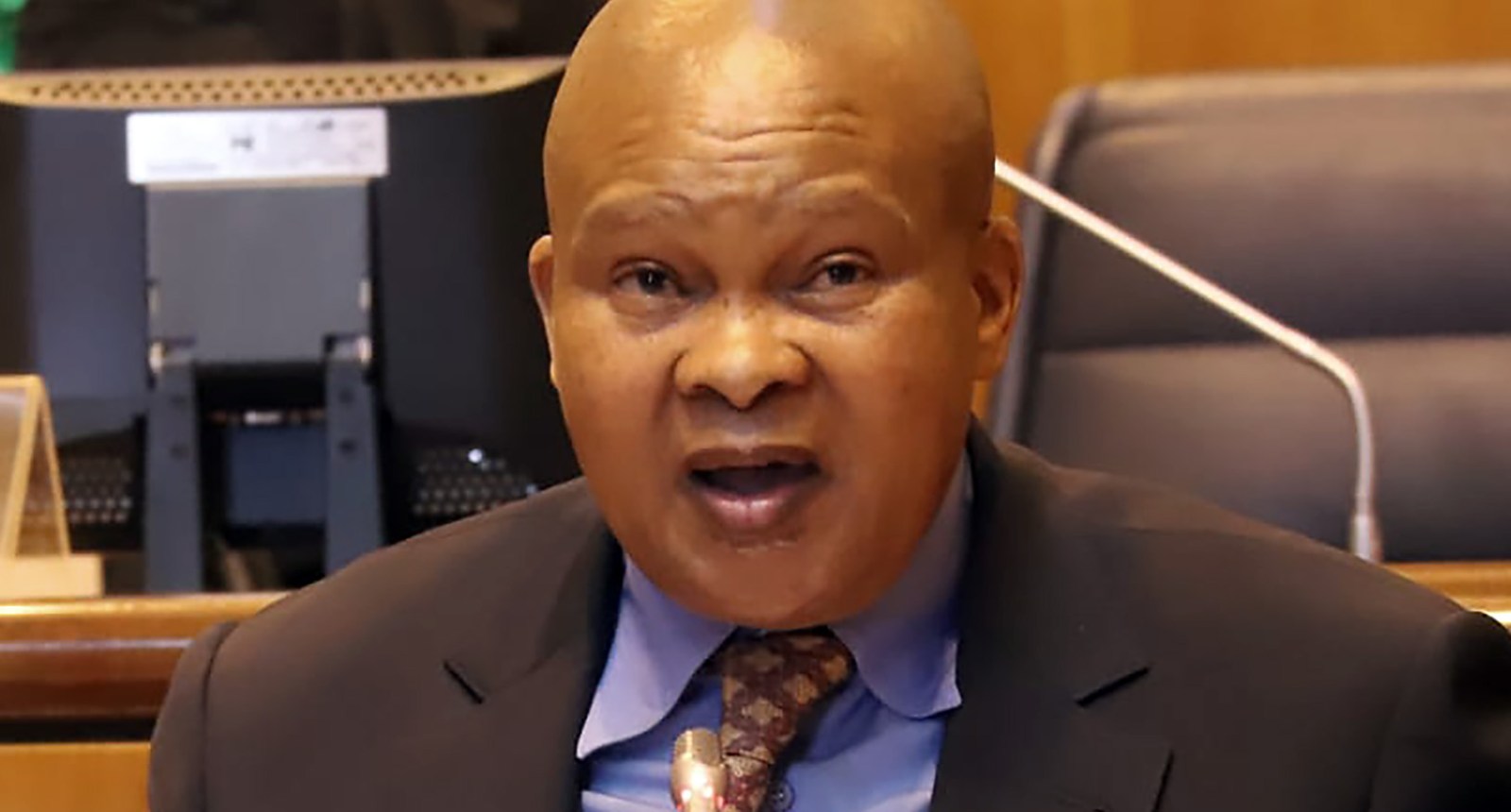 Bushy Maape delivers his acceptance speech in the provincial legislature in Mahikeng after his election as the new premier of North West. (Photo: Kabo Letlhogela, North West Provincial Legislature)

ANC stalwart Bushy Maape was sworn in as North West premier after the sacking of Job Mokgoro last month, but it has emerged that his appointment may have been premature.

Members of the ANC’s caucus in the North West legislature united to vote for Bushy Maape as the province’s new premier on Tuesday afternoon.

Maape got 21 votes — the number of ANC MPLs — as opposed to the five votes cast for the DA’s candidate, Winston Rabotapi.

The Economic Freedom Fighters, which has six MPLs, abstained from voting.

The ANC issued a three-line whip for the sitting, meaning it was compulsory for all its MPLs to be there, amid unhappiness among them over rumours that a reshuffle of the provincial executive was imminent.

Maape was sworn in as MPL last week, two weeks earlier than expected.

ANC Deputy Secretary-General Jessie Duarte, at a press conference last month shortly before Mokgoro’s resignation, said the new premier could only be appointed after 15 September because that would be a year after the party previously amended its lists “and you can only do so once a year”. She said this in response to a question over why former premier Job Mokgoro was taking so long to hand in his resignation letter.

Contrary to what Duarte said, there were reports, including in the Mail & Guardian, that the reasons for getting rid of Mokgoro were flimsy. Among these reasons were that municipalities in the province were underperforming. Mokgoro had, however, been at loggerheads with the ANC in the province over governance issues. He was appointed premier to replace Supra Mahumapelo in 2018 after Mahumapelo was sacked during vicious community protests.

The ANC’s letter informing provincial Speaker Basetsana Dantjie of a list substitution was published in an Extraordinary Provincial Gazette on 31 August. The letter was dated 30 August.

According to the letter, Mokgatshang Nicholas Motlhabane, who was 24th on the list, resigned so that Kaobitsa — or Bushy — Maape could be added to the list. His name was placed at No 22.  The letter also refers to a copy of the Gazette dealing with the previous substitution, attached “for easy [sic] of reference”.

This substitution was published in an Extraordinary Provincial Gazette on 28 September 2020. In this Gazette is a letter by the ANC to the legislature, stating that Lenah Miga would move up the list to fill the vacancy left after the death of Gordon Mothibedi Kegakilwe. It is presumably this amendment that Duarte referred to during the press conference last month.

According to Item 21 of the Electoral Act of 1998, Schedule 1A, a party “may review its undepleted lists” within seven days after seats have been designated following an election, “and annually thereafter”.

The chairperson of the ANC’s Interim Provincial Committee (IPC), Hlomani Chauke, who authored both these letters, said the ANC had acted correctly. Responding to a WhatsApp message, he claimed that the ANC last amended its lists in March, and that the year during which the substitution can be done runs from May, since the 2019 elections and seat designation took place in May.

“This is the new year. We have replenished the list of the ANC,” he said. He did not react to further queries.

Maape (64) said on Tuesday he would not disappoint the ANC or the people of the North West.

He previously worked as an economic adviser to Mokgoro, and the former Robben Island prisoner is considered to have the skills to bring together the different factions of the party in the province.

Maape also served as a member of the IPC, worked in the underground structures of the ANC in the 1980s and was a school principal.

Chauke last month emphasised the fact that Maape is academically well-qualified. Among his degrees listed are a BA in psychology and economics from Unisa, which he completed while on Robben Island, a BA (Hons) in developmental studies and a BA (Hons) in economics, both from the University of the Western Cape.

The ANC in North West is set to have its provincial conference early next year. It hasn’t had an elected leadership since the Provincial Executive Committee was disbanded in 2018 after protests. DM