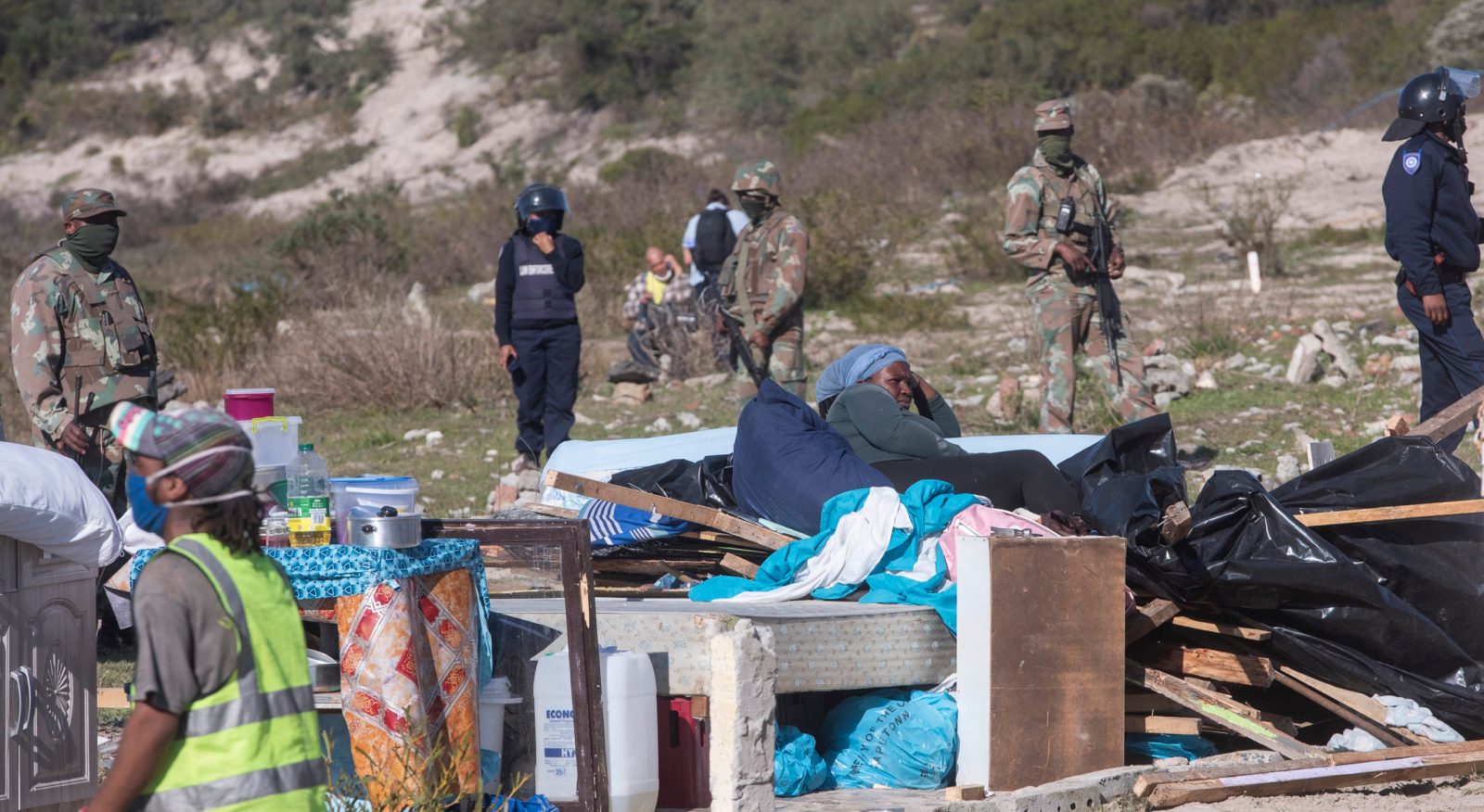 Mayoral committee member for safety and security JP Smith told the committee that more needs to be done to address the violence that he said was stalling housing projects in the City of Cape Town.

At Tuesday’s virtual mayoral committee meeting, JP Smith, the committee member for safety and security, said more needed to be done to address the violence “debilitating” the City of Cape Town’s ability to complete and hand over houses.

Smith was speaking about a report submitted to the committee on human settlement projects affected by gang violence, alleged extortion, sabotage, vandalism, theft and land occupations.

He suggested there should be regular meetings with presentations on the number of arrests made and the number of reported extortion cases related to violence that affects the city’s housing projects.

Smith didn’t elaborate on how else the mayoral committee could address the violence affecting human settlement projects.

The report, which comes from the City’s human settlements committee, said “the [Human Settlements] Department approached the Mayor [Dan Plato] about this matter, which led to engagements with the Safety and Security Directorate. The outcome of these engagements culminated in a proposed plan for Safety and Security to provide security to contractors on site. The final aspects of this plan must still be finalised.”

Speaking about the outcome of engagements between the safety and security and human settlements directorates, Smith said it was “problematic how slow this was moving”.

“In effect, the costs for this are going to be borne by human settlements or by safety and security, which will take away resources from other projects where we’re already being criticised for not doing enough,” he said.

The report merely recommended that it be submitted and noted by the mayoral committee.

Smith said he was “a little uncomfortable” with “just noting the report” because it didn’t seem like “an adequate response to this level of crisis”.

According to the report, at the Atlantis Kanonkop Phase 1 housing project, stones were thrown in eight units earlier this year. Small fittings were damaged and removed. The damage cost the city R30,000. This led to a delay of one month in handing over six houses.

At Valhalla Park, the upgrade of 8ste Laan was terminated after repeated intimidation of the contractors on site. They were threatened with weapons and the construction was vandalised. This happened between July 2017 and May 2019.

The financial implication for this was R3,4-million.

Two ad hoc units were occupied at the Gugulethu Infill Housing Project between June 2020 and July 2021. According to the report, an estimated R400,000 was spent on legal costs as the City tried to evict them.

According to the report, the City’s housing offices haven’t been spared either. In 2018, the Macassar Housing Office was set alight while staff were inside. The report doesn’t say if there were any reported injuries and how much it cost to fix the damage.

Staff members were also often intimidated, had their cars vandalised and in some cases were hijacked.

These incidents “have wide-reaching implications to the City’s staff wellness, social cohesion and socioeconomic development in the community”, notes the report.

At a human settlements committee meeting in 2020, Booi said R16-million had been reprioritised to prevent land occupations, which he said had delayed much-needed housing development projects in the metro.

“I have asked the directorate to reprioritise money for private security. We have secured R16-million where we’ll safeguard our sites; that’s why attempts [to occupy land recently] in Mfuleni haven’t succeeded,” Booi told the committee.

In May 2021, the council approved an additional R170,8-million allocation for additional security to protect City-owned land as part of the 2021/22 budget.

“This brings the total budget allocated for protecting City land to prevent the negative fallouts of unlawful occupation to approximately R252-million in the new financial year,” read the City’s statement.

According to the City, the start of lockdown in March 2020 saw the establishment of 54 new settlements of various sizes across the city.  Some of these new informal settlements were named “Covid-19”, “Lockdown” and “Sanitiser” by residents. DM