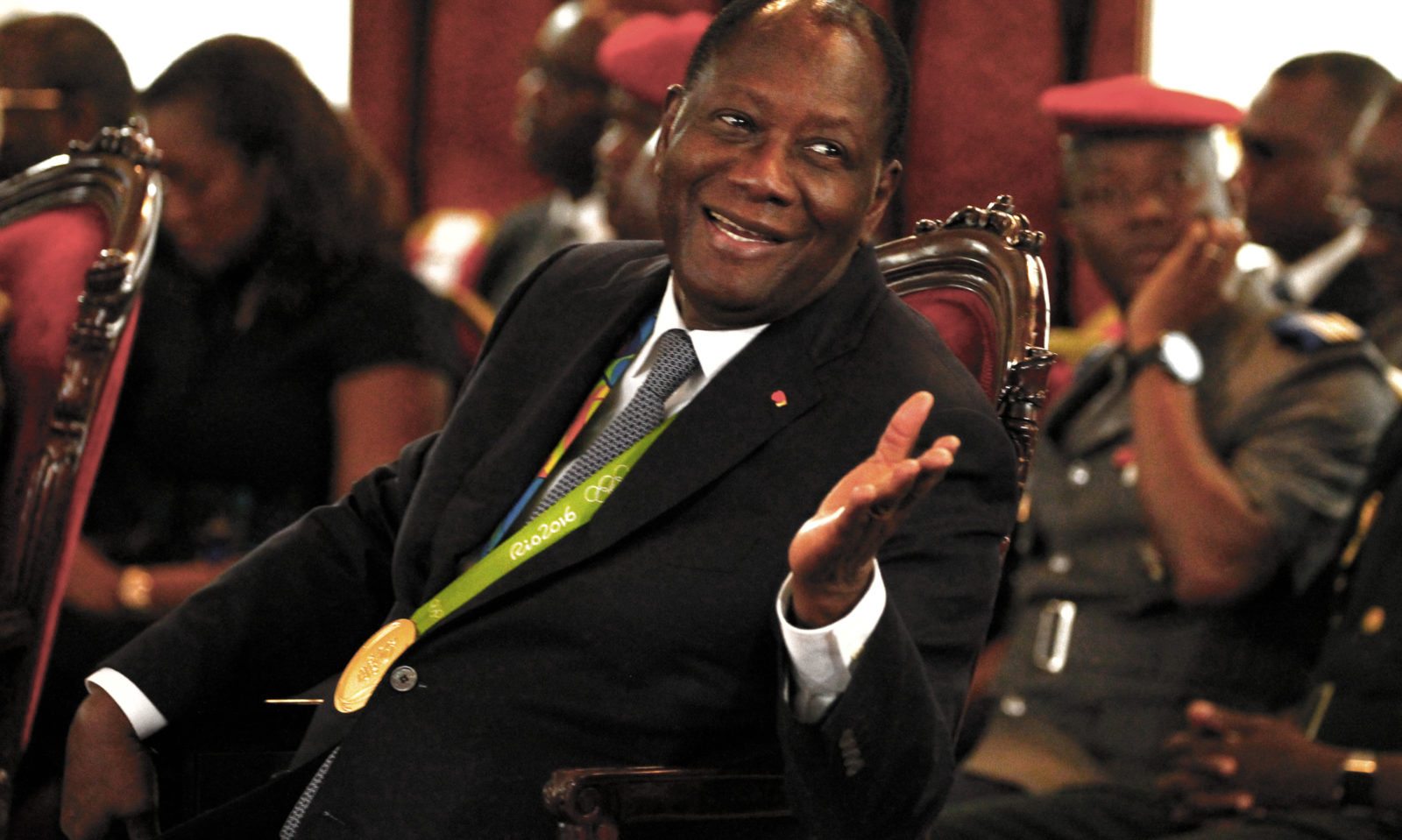 President of Côte d’Ivoire Alassane Ouattara's government has been strengthening its legal and institutional abilities in the fight against corruption. (Photo: EPA/LEGNAN KOULA)

Alassane Ouattara’s government has taken vital steps to combat graft, but too few people know about them.

Côte d’Ivoire has been actively fighting corruption for almost a decade. Under President Alassane Ouattara, significant attention has been given to sharpening the government’s legal and institutional abilities, and the country continues to experience economic growth.

And yet, government officials continue to be linked to international crime networks, and public scepticism about the state’s commitment to curbing graft is growing.

One of the problems is that not all state officials are on the same page. For many, the temptation of personal gain outweighs the national need, and corruption involving government representatives and criminal networks, especially cross-border trafficking routes, remains problematic. This damages the country’s economy and its attempts to root out graft and threatens regional stability.

Côte d’Ivoire stands out in terms of its legal and policy commitments to tackling corruption. In 2012, it ratified the United Nations Convention against Corruption, the only legally binding international multilateral treaty against graft. The country also signed up to the African Union’s Convention on Preventing and Combating Corruption.

A vital policy intervention was the decision to digitise government systems to increase transparency and accountability across all departments. The High Authority for Good Governance was set up to coordinate anti-corruption strategies together with three specialised regulatory and law enforcement units. These are the Anti-Corruption Brigade and the Special Unit for Combating Customs Smuggling in the Ministry of Economy and Finance, and the Anti-Smuggling Unit in the Ministry of the Interior and Security.

These units work with the Ministry for the Promotion of Good Governance and Capacity Building in the Fight against Corruption, which was recently established as part of the Ouattara administration’s 2020 re-election pledge.

But despite these impressive anti-corruption measures, the Enact Organised Crime Index shows that links between state actors and international criminal syndicates continue to facilitate organised crime. These include illegal gold mining and logging, contraband smuggling, money laundering, and the trafficking of children, drugs and endangered animals.

For example, four Italian nationals with links to the Neapolitan mafia were convicted in February of trafficking cocaine from Brazil. Each was sentenced to 20 years in prison and a CFAF100 million ($184-000) fine. A policewoman who was tried with them was however acquitted. Her connection to the convicts, revealed in the trial, raised uncomfortable questions about the links between state officials and organised criminal groups.

Incidents of arms and drug trafficking among inmates at Abidjan’s maximum-security prison are reportedly being facilitated by current and retired officers with connections to criminal networks.

Corruption also plays a role in the illegal fishing market. A recent report shows that the irregular practices of Chinese crews along the country’s coast, which contravene Ivorian maritime and labour laws, are enabled by graft and lax law enforcement.

Examples like these make Ivorians sceptical of the government’s ability to curb graft. The 2020 Afrobarometer Index showed that 69% of people felt the state was performing “fairly badly” or “very badly” in the fight against corruption, compared to 59% in 2017. The survey also revealed that Ivorians perceived government officials as corrupt, especially the police and gendarmes, followed by magistrates, customs officers, and officials in the presidency.

A National Institute of Statistics study on governance identified the tax department, treasury, judiciary and education sector as the government agencies in Côte d’Ivoire most affected by corruption.

The country’s High Authority for Good Governance took its first graft case to court in 2018. However, the body has done little to raise awareness among the public and the civil service about the proceedings and outcomes of this or other corruption cases it has handled.

“Quite a number of cases have been determined in court but they need to be publicised to sensitise the public and achieve deterrence,” Julien Tingain, President of Social Justice (Transparency International’s collaborating partner in Cote d’Ivoire), told the Enact project. By communicating the rulings in corruption cases, said Tingain, the High Authority for Good Governance would be seen as effective. This would boost Ivorians’ trust in the government’s commitment to prevent and root out graft.

The recent establishment of the Ministry for the Promotion of Good Governance and Capacity Building in the Fight against Corruption should deliver more effective anti-corruption efforts. The results of these significant state investments, especially when perpetrators are brought to book, need to be better publicised.

Ouattara is now able to see the measures he put in place earlier in his rule bear fruit. He can do so by prioritising the offensive against corruption during his new term in office. DM