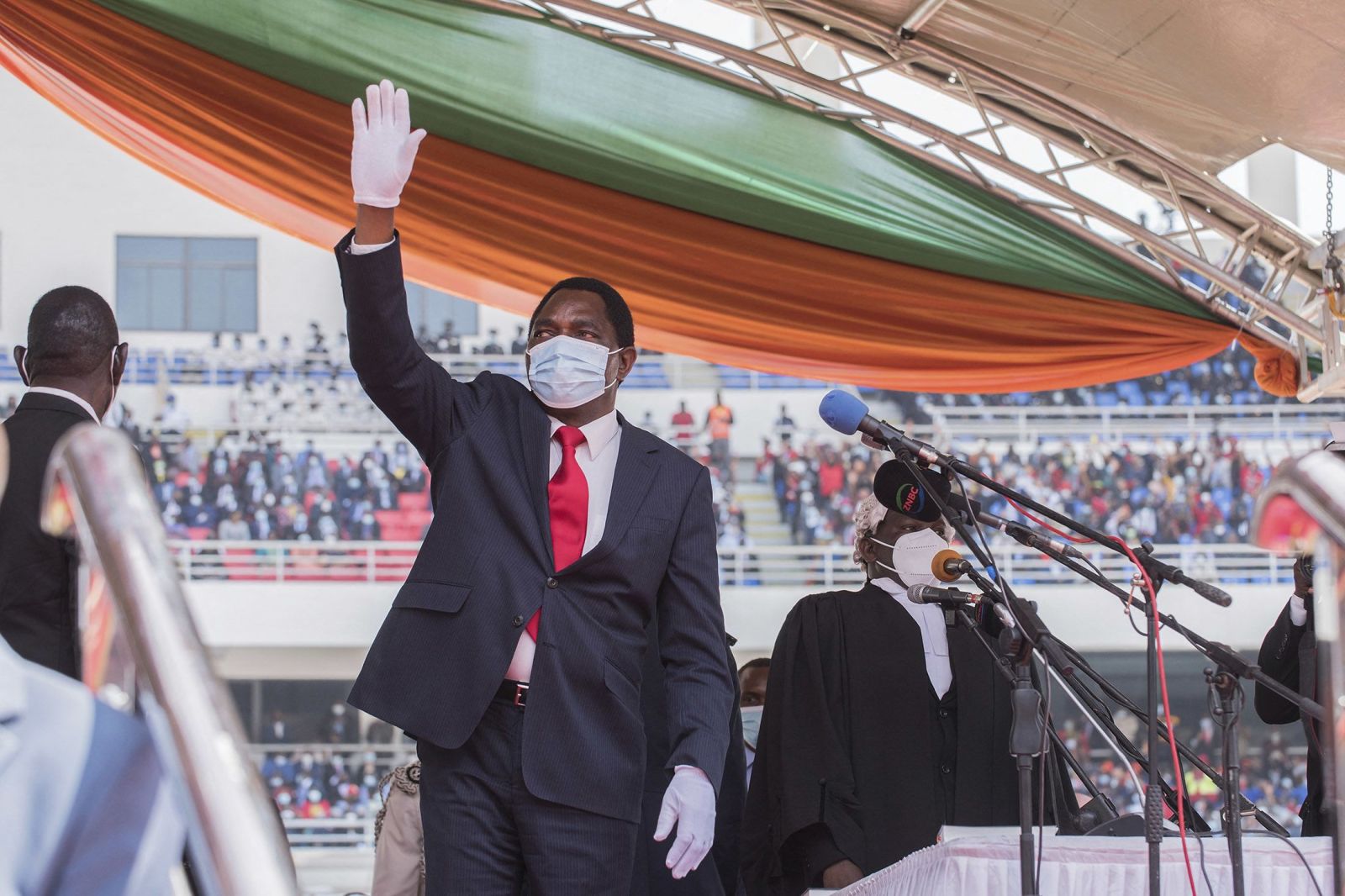 The region’s securocrats are no doubt unsettled by Hichilema’s decisive action to replace the country’s entire security leadership.

President Hakainde Hichilema has wasted no time in asserting his authority. The cabinet appointments announced by Zambia’s new head of state took second place to his bold move to ‘retire’ security chiefs across all sectors, from the army through to correctional services.

His swift actions are a positive indication that the new era in Zambia puts respect for the Constitution and rule of law above loyalty to the ruling party and president.

This is a marked departure from the impunity that securocrats in southern Africa and indeed the continent have become accustomed to. Security sector reform has remained elusive for most countries in the Southern African Development Community (SADC) — something Hichilema seems intent on changing.

True to the businessman he is, he wasted no time in aligning the security forces. The president charged the former security heads of willfully negating the spirit and letter of Zambia’s Constitution and being brazenly partisan and unprofessional in their conduct.

These accusations were strengthened by his first-hand experience of the many arbitrary arrests and detentions of political activists. Under former president Edgar Lungu, the Zambian police and military became complicit in Lungu’s autocratic tendencies. Soldiers and officials were accused of various abuses, ranging from arbitrary detentions of those who spoke out against the government to killing protesters.

Hichilema’s move is a necessary first step in developing professional security forces and engendering citizens’ confidence in the integrity of these institutions. It can also help mend damaged relations between the public and the security forces, and show that the security sector should serve the nation — not the ruling party.

In clear recognition of professionalism and integrity, Hichilema promoted one of his jailers to Deputy Commissioner General of Correctional Services. This is likely to have a ripple effect across other sectors of government.

The new president’s critics are however urging caution. They point out that he has a long way to go in balancing competing interests within his winning alliance and securing the confidence of the entire state apparatus.

Hichilema’s actions could also, if not communicated well, fuel street-level retribution against those who abused power during the reign of Lungu’s Patriotic Front’s (PF). Already a video is circulating on social media of civilians apprehending and taunting a man accused of abuses during the PF’s crackdown against the opposition.

While retiring the securocrats was necessary, some might perceive it as too drastic and too hasty. SADC governments have long grappled with the difficulty of successfully reforming their security sectors. Hichilema’s decision to tackle the problem head-on has undoubtedly been unsettling for some politicians in the region.

This sentiment is likely stronger in countries where police and soldiers have been willing accomplices in the abuse and torment of opposition parties and human rights activists. In countries like Eswatini, Zimbabwe, Lesotho, Mozambique and Tanzania, ruling elites might find Hichilema’s measures unpalatable.

In most SADC countries, the military and ruling party are joined at the hip, enabling the army to act as guarantor of the regime. Despite numerous efforts by the regional bloc, it has not pronounced itself definitively on the matter, leaving citizens unsupported as they wrestle with partisan security forces. Recently, soldiers and police in Eswatini brutally repressed protests that erupted against the monarch.

In Zimbabwe, the military and police have a long history of impunity and partisan behaviour in defence of the ruling party. To date, the soldiers involved in the killing of unarmed civilians in the post-election violence of 2018 and subsequent clampdowns on protests have not faced justice. The script reads the same in Tanzania and Angola. Hichilema is likely to touch a nerve in these countries, which may see ruling elites digging in their heels even deeper.

SADC should perhaps take lessons from Hichilema and create inclusive platforms that civil society and opposition parties can participate in. Rather than tinkering on the margins as it has been doing for years without concrete action, the regional bloc could take inspiration from Hichilema’s courage on security sector reform.

It’s not surprising that Zambia’s president is being greeted as a breath of fresh air by many in the region. Southern Africans living under autocratic and repressive regimes are looking up to him as a role model. Hichilema is undoubtedly defining his own governance style. His actions in the first two weeks of his administration show that he walks the talk and is not afraid to make bold moves.

In a region desperate for better governance and stronger democracies, questions are already turning to whether he can galvanise a coalition of like-minded leaders and inspire reform in other southern African countries. DM