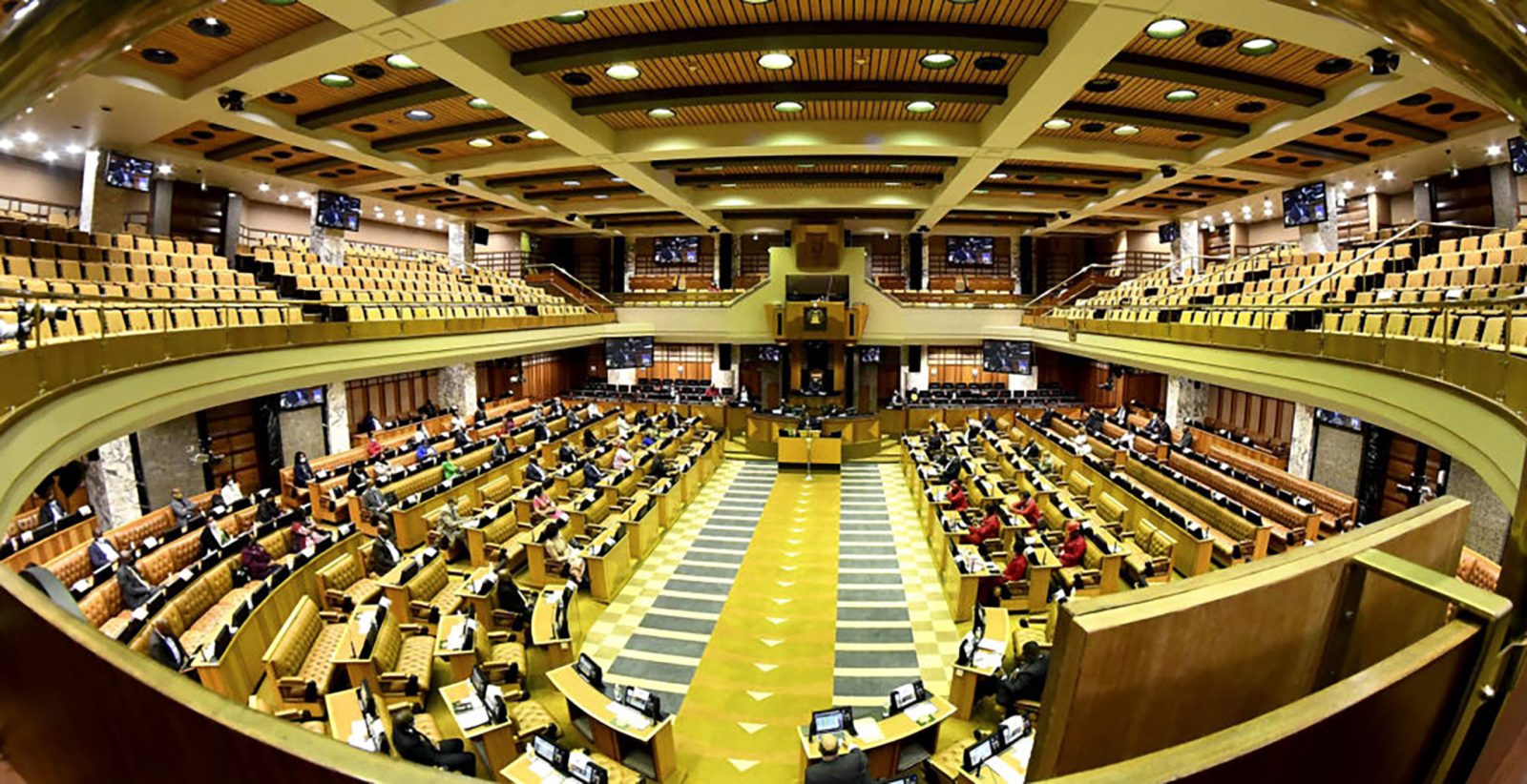 The cross-party political focus to clear the parliamentary programme for municipal election campaigning effectively pauses until November dealing with the constitutional amendment for expropriation of land without compensation and the impeachment of Western Cape Judge President John Hlophe.

Also affected is other key legislative and oversight work, including Budget oversight through the scrutiny of departmental annual reports, various legislation and committee reports.

The National Assembly rises this Friday to return seven weeks later on 2 November, the day on which the Medium-Term Budget Policy Statement (MTBPS) has been scheduled, according to Monday’s programming committee.

This quick change to slice weeks off the parliamentary calendar was triggered when on 3 September the Constitutional Court dismissed the Electoral Commission of South Africa’s (IEC’s) application for a postponement of the 2021 municipal poll and reaffirmed the constitutional window for the local government elections that must be held no later than 1 November.

The National Council of Provinces (NCOP) has already scheduled its constituency leave from later this week to early November.

Monday’s National Assembly programming committee was a rambunctious discussion over the delay in debating and voting on the constitutional amendment to allow expropriation of land without compensation that is being finalised by the ad hoc committee on amending Section 25 of the Constitution by its Friday deadline.

“We need to know what is the Parliament stand on land expropriation so as EFF we can go to campaign [on], ‘You see these political parties do not deserve your support’,” said EFF MP Hlengiwe Mkhaliphi in a push to still have the Section 25 amendment debated and voted on this week.

It was not successful. The report must be given enough time to be discussed when Parliament returns in November. “We cannot be rushed,” said ANC Deputy Chief Whip Doris Dlakude.

The constitutional amendment of Section 25, or the Constitution’s property clause, has been steeped in controversy, including the EFF’s effective rejection of the process for not allowing state custodianship of land, which effectively scuppered the initiative. Without the EFF, the ANC does not reach the required two-thirds majority.

By comparison, Hlophe’s impeachment seemed uncontroversial, although hackles and voices rose over the EFF’s statement that it would defend “our black judge… against the white arrogance of the judiciary”, and whether it was necessary to withdraw a statement that this statement was racist. Or whether saying a statement was “racist” was unparliamentary.

But that was after National Assembly Speaker Nosiviwe Mapisa-Nqakula had wrapped up the agreement to delay proceedings.

“This matter as well is a substantive matter which requires full attention of the justice committee. I am sure you agree with that.”

The Judicial Service Commission in late August upheld a Judicial Conduct Tribunal finding of gross misconduct that triggers an unprecedented impeachment of a judge in democratic South Africa. This means the matter had to be referred to the National Assembly for action as part of the constitutional checks and balances.

The impeachment proceedings last week had been referred to the parliamentary justice committee for consideration; a legal opinion is pending.

Crucially, Parliament is under pressure to process, within the statutory timeframes, the Second Special Appropriation Bill about the funding of, measures including the Covid-19 Relief of Distress grant and support for small businesses affected by July’s violence and public disorder.

Talking money, Parliament finds itself in a pressure cooker over the MTBPS. Before it can be adopted, committees’ oversight over departmental spending, including annual reports and strategic and performance plans, must lead to the Budget Review and Recommendations Reports. It seems from the revised programme that only a week has been set aside for this, raising questions over the quality and effectiveness of oversight.

But before the week is over, the National Assembly has prioritised for debate, and possibly voting on, legislation including the Employment Equity Amendment Bill that proposes new ministerial powers like declaring targets for identified national economic sectors, and the trio of GBV Bills, as the draft laws to fight gender-based violence are known. The National Assembly must reconsider these bills after the NCOP made slight amendments to the draft legislation that aims to make it easier for online protection order applications and to make it tougher to apply for bail in sexual offences cases.

As the National Assembly recommends appointments to various statutory bodies, the police committee’s nominees to the DNA Board and the Critical Infrastructure Council of the critical infrastructure legislation that has replaced the apartheid National Key Points Act, will still be considered this week.

But that’s about it. ANC Chief Whip Pemmy Majodina was firm on this.

After Friday, during the constituency period ahead of the local government elections, unless it was “extremely urgent”, no committees will meet. “We are suspending programmes until 1 November. No ordinary committee meeting will be approved,” said Majodina.

Much remains to be settled on the municipal elections front — from the Cooperative Governance Minister Nkosazana Dlamini Zuma proclaiming a local government election date, the ANC and maybe others fixing a candidate registration snafu, to the IEC starting up its election logistics juggernaut.

But Parliament is clear. This week is the last week before rising so lawmakers can hit the 2021 local government election campaign trail.

After all, whichever side of the political spectrum MPs stand, much is at stake politically in this local government poll. DM