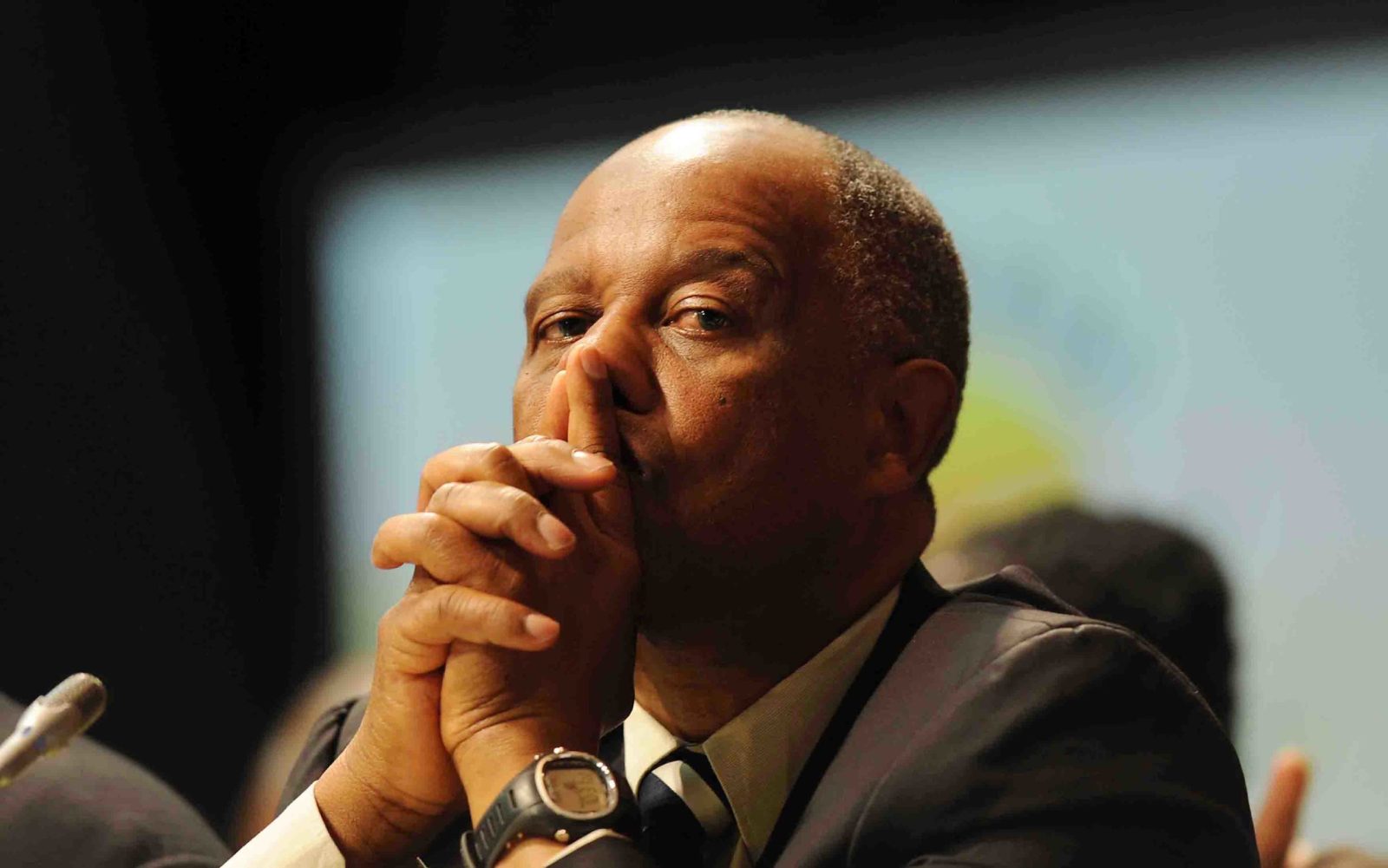 Witness after witness has accused Saca of pretty much every sin in the cricket book, ranging from stockpiling money and throwing black players to the wolves to not getting involved in selection and not taking a position on certain players during the domestic match-fixing scandal of 2015/16.

In late 2002, at a coffee shop in Cape Town, Percy Sonn, then president of the United Cricket Board (UCB), sat down and ordered coffee. Facing him was Tony Irish, head of the fledgling SA Cricketers’ Association (Saca), the cricketers’ union.

Sonn’s strategy was to come hard at his opponents. The 2003 World Cup was only months away and the last thing the UCB needed was more stress in an already overloaded system.

“This idea of yours will never fly, Irish. The UCB doesn’t deal with unions,” he said.

“Great for you,” said Sonn, taking a sip of coffee for effect. “But I remind you that I’m a street-fighter – and head of the Scorpions. You’re biting off more than you can chew.”

Using far more colourful language, Irish chuckles about the incident now, telling the story of how he ran Saca out of his legal practice in the early years. Slowly, the union gained traction and, for better or worse, it has been part of the domestic cricket landscape ever since.

It has irritated Cricket South Africa (CSA) at times, and driven hard bargains, such as holding the CSA to account for tens of millions of rands when the first edition of the T20 Global League collapsed, but it has also been remarkable for the consistency of its  position in an environment busy with inconsistency and regime change.

Not since the early days, however, has Saca experienced the kind of damage it has suffered since the beginning of the Social Justice and Nation-Building (SJN) hearings under the auspices of Advocate Dumisa Ntsebeza.

Witness after witness has accused Saca of pretty much every sin in the cricket book, ranging from stockpiling money and throwing black players to the wolves to not getting involved in selection and not taking a position on certain players during the domestic match-fixing scandal of 2015/16.

Former Titans fast-bowler Ethy Mbhalati’s testimony before the hearings in July serves as representative. A loyal Titan for 14 seasons, the Phalaborwa-born player said in his testimony that the relationship between Saca and CSA was, in his view, a “sweetheart union”.

Detailing a career littered with racist incidents against him, he also implored Ntsebeza to reopen the match-fixing investigation in which he was found guilty and suspended for 10 years, because he “had never received a charge sheet” and could therefore not respond adequately to the charges against him.

Of all the barbs, those relating to the match-fixing scandal and selection in general rankles Saca the most. “How could we have got involved in the match-fixing matter when two of our members’ were the whistle-blowers?” asked a senior Saca official.

“That’s a complete conflict of interest. And Saca has no place in selection. Domestic unions and the national side all have convenors and a panel. That’s not our place.”

In an interview Irish confirmed that Saca had contributed about R150,000 to the legal costs of players’ implicated (and later found guilty) in the domestic match-fixing scandal.

Such players, among them Alviro Petersen and Lonwabo Tsotsobe, although under oath, seem to have been only too happy to sling mud at Saca in the vague hope some of it might stick. This has prompted current Saca chief executive Andrew Breetzke (who took over from Irish) to compile an answering affidavit to the SJN. It runs to about 150 pages with annexures.

A responding affidavit of similar length has been lodged by David Becker, the lawyer, who, along with anti-corruption investigator Louis Cole, was instrumental in getting to the bottom of the match-fixing kerfuffle.

Responding affidavits have also come from Northerns Cricket Union and the lawyers who represented Mbhalati in the matter after the initial Saca intervention.

“All we can say is that hearsay evidence and off-the-cuff accusations are going to be trumped by fact in our submission to the SJN,” said Jono Leaf-Wright, chief executive of the Central Gauteng Lions (CGL).

Leaf-Wright added that the CGL hadn’t sought outside legal advice, with its affidavit being written by its lead independent director, Ziyanda Ngcobo, and legal and governance sub-committee member Aslam Moosajee, both of them lawyers.

“We don’t want to fight with anyone – in our affidavit we present the facts,” added Leaf-Wright. “There’s been confusion about the composition of our coaching staff, for example. Of 38 coaches we employ, one is white. We provide Ntsebeza with payroll evidence.”

The CSA will be adding its name to the long list of respondents – and, along with a colleague at Edward Nathan Sonnenbergs, Mosajee will also be involved in compiling the CSA’s affidavit.

Ntsebeza has granted the CSA until 13 September to submit its response, but before this happens sections of its affidavit will have to be vetted by the relevant CSA sub-committees. Ntsebeza will then need to sift through all the responses after another round of hearings before compiling his report.

After that, the CSA board, which has watched all of this unfold with mounting alarm, will be forced to respond. Sensing that they are handling a political hot potato, the expedient course of action will be to throw a scapegoat (or two) to the wolves, with the most likely candidate here being Mark Boucher, the Proteas’ coach.

Boucher is currently in the midst of a tricky sub-continental assignment in Sri Lanka without Enoch Nkwe, his former assistant, who resigned last week. With a makeweight team he faces the even trickier prospect of the T20 World Cup in Abu Dhabi and Oman next month.

Listen carefully and you can hear knives being sharpened.

At the hearings, Paul Adams has already accused Boucher and others of adapting Boney M’s song Brown Girl in the Ring to Brown Sh*t in the Ring, to which Boucher has responded with two affidavits of his own.

Adams’s testimony has a ring of truth about it, but you rather feel that the coach is not facing Adams or the SJN or even trial by social media. His gifts were never in the charm department.

What he is really facing is the blowback of his long-standing reputation.

Adams was once known as “a frog in a blender”, the phrase being coined by Andy Capostagno, the commentator and journalist.

The public loved Adams’s funk and he brought something different to the stiff conventions of the MCC coaching manual. His testimony before the SJN showed that at least some of this was a sham and that he was abused not by the opposition but by his teammates.

Despite the circumstances, the boy from Grassy Park, a left-arm wrist spinner, was able to control a cricket ball held between thumb and index finger so well that he harvested 134 Test wickets at an economy rate of under three.

One of the many problems with the hearings is that witnesses have consistently tried to lay the blame for their hurt and disappointment at the door of individuals and invariably this has had a racial dimension.

If individuals haven’t been in the firing line, it has been institutions or organisations such as Saca and the CSA itself. The problem here is that cricket is a complicated developmental, governance and financial system, and many key individuals in this system – Graeme Smith, Haroon Lorgat, Chris Nenzani, former selection convenor Linda Zondi – haven’t come forward, so a subtle picture becomes impossible. Ntsebeza’s findings can therefore only be partial and contingent.

Contrary to Mbhalati, Saca is one of the many checks and balances in this cricket system.

It was Saca that objected to the domestic restructuring model proposed by the CSA’s previous board, arguing that it wanted to see the financial calculations that underpinned the proposal. The CSA was either reluctant – or unable – to part with such calculations, and so, after repeated requests, Saca took the CSA to the South Gauteng High Court.

When the history of the tumultuous past two years in cricket comes to be written, the exact date when court papers were filed will be seen as a watershed moment. For the factually minded among us, that day was 29 May 2019; from then on the pushback against cricket’s hollowing out gathered pace.

Following this logic, Saca might have saved South African cricket from itself, as much as the interim board did and as much as civil society and the media contributed. It deserves better than cheap shots and mud-slinging because, without Saca, Ntsebeza wouldn’t even be here. DM168