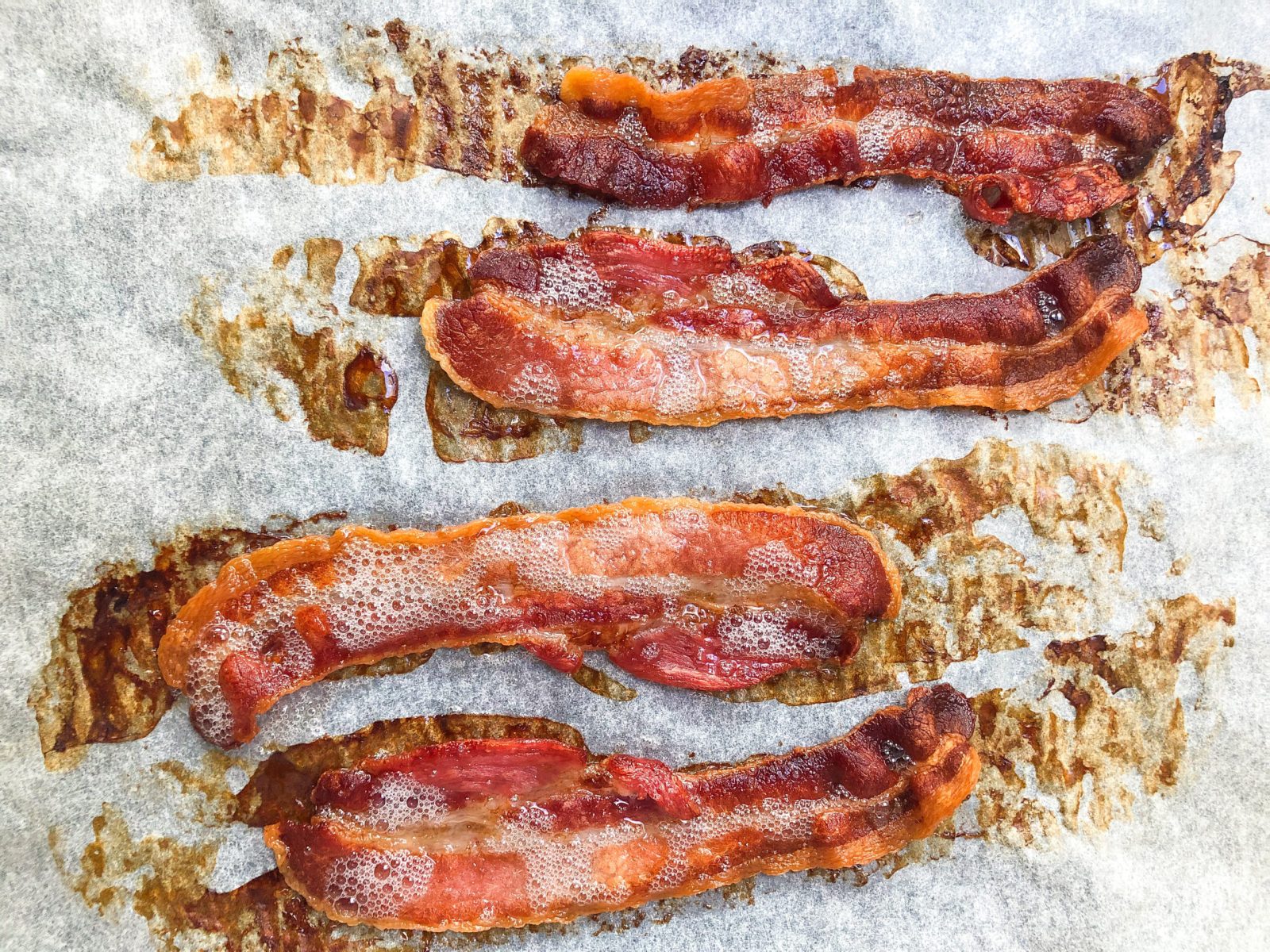 (Photo by Scott Eckersley on Unsplash)

Bacon connects us all. Like the parlour game invented by students of Albright College in Pennsylvania in 1994, in which you’re asked to name a movie in which a random actor has appeared and track it to a movie featuring Kevin Bacon, because he’s acted with pretty much everyone in Hollywood, bacon crosses almost every boundary and national border. It doesn’t even have to be made from pork.

Bacon, like Kevin, is the centre of the universe, and it is everywhere. Americans like it streaky and make it from the pork belly, Canadians call it back bacon and cut it from the loin. Italians also use pork belly but cure it instead of smoking it, while China’s la rou, also known as lap yuk, also from the belly, is wind-cured.

The French prefer little cubed lardons of pork belly, usually cured rather than smoked, and Germans have their speck (or bauchspeck), ​​frühstücksspeck and the gypsy bacon called zigeunerspeck, which like Hungarian bacon is flavoured with garlic and paprika. South Korea’s samgyeopsal-gui is often listed as one of the world’s types of bacon but is in fact grilled pork belly. “Bekon”, meanwhile, is a type of bacon popular in Japan.

In today’s anything-goes in cuisine, where even meat that is not meat at all is called meat, and the excruciating habit of “deconstructing” dishes is actually taken seriously by chefs who you would think would know better, you now of course get bacon that isn’t really bacon at all, if the term “bacon” is intended to mean the smoked or cured meat of a pig. Lamb bacon is a thing, and you’ll also find chicken bacon, venison bacon, duck bacon, turkey bacon, elk bacon, and I wouldn’t put money on there not being quail, kangaroo, moose and possibly emu bacon.

Turkey bacon is in fact a low-fat variety of “bacon” that is kosher and halaal, so it’s not as if there isn’t a substitute for those who avoid pork but do eat meat. I’d sooner go for duck breast, which takes to smoking magnificently and has that superb layer of fat, making it one of the best bacon substitutes if you’re pork-shy. For those for whom bacon is all about the fat, try Russia’s salo, which is almost entirely fat and differs in style from region to region.

I’m a tad more sceptical about venison bacon, because venison is very lean, usually with no fat whatsoever; in fact, venison is a perfect candidate for larding in the French or German manner to give it a bit of fattiness when casseroled or cooked in a potjie. Having said that, the product known as venison bacon is in fact venison meat that has been ground with pork fat and meat.

At the far end of the scale there is tempeh, a Javanese fermented soybean product that is touted as a vegan bacon substitute, and coconut bacon, with ingredients that include maple syrup, tamari, and liquid smoke. And for vegetarians and vegans who still need their bacon fix (I will never comprehend it, I have tried, because it tastes of meat), there is of course seitan bacon, even “smoky maple seitan bacon”, which vegans of my acquaintance say is addictive.

Moving beyond what for some of us are the extremes of bacon or not-bacon, or get-thee-behind-me-seitan bacon, are such American travesties as “pumpkin pie-spiced bacon” (honestly, some people should not be allowed into a kitchen), raspberry-chipotle bacon, and chocolate bacon, which therecipe.com posits as “possibly the most obvious pairing since peanut butter and jelly”. Hmmm.

Unlikely as I am to squeeze chocolate sauce over my streaky breakfast rashers, bacon is versatile in the kitchen. Apart from the obvious carriers for bacon or its cousins such as pancetta and guanciale – pizza, shakshuka, as a wrapping for stuffed chicken breasts or a venison loin, as an ingredient in a chicken stuffing, a good old bacon butty, in a pasta sauce or a key ingredient of Beef Bourguignon, or in a frittata, meatloaf or quiche – I’d not be averse to candied bacon (which somehow makes sense), a bacon scone or muffin or bacon cinnamon roll, or a cheese-stuffed jalapeño wrapped in crispy bacon. I might, however, pass on a turbaconducken, which is a turducken (you know, a chicken in a duck in a turkey) wrapped in bacon. I’d also not say no to bacon in Mac & Cheese or in a Dagwood burger.

And I can’t conclude without a mention of the good old BLT, the thought of which always takes me back to Chichester and buying a chunky, generously filled bacon, lettuce and tomato sandwich from Marks & Spencer food hall to eat at my desk when I got to work. No better way to start the day, and it’s never more than six degrees away. DM/TGIFood

There’s much more from Tony Jackman and his food writing colleagues in his weekly TGIFood newsletter, delivered to your inbox every Friday. Subscribe here. Also visit the TGIFood platform, a repository of all of our food writing.