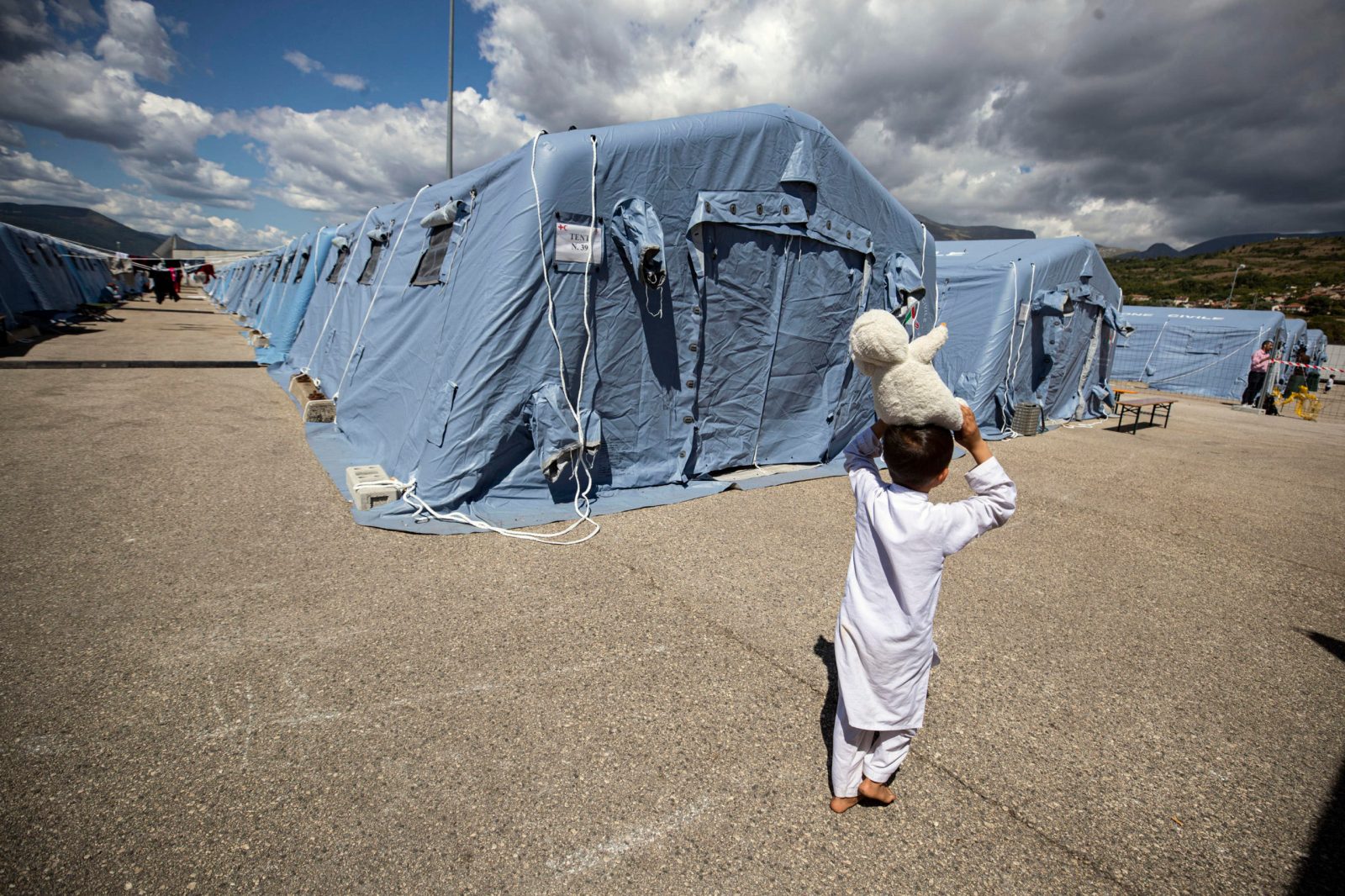 The reception centre for Afghan refugees organised by the Italian Red Cross in Avezzano on 1 September 2021. Italy is hosting almost 5,000 Afghan refugees who were evacuated from Kabul after the Taliban claimed control of the capital. (Photo: EPA-EFE/Massimo Percossi)

The South African government has been accused of effectively “signing death certificates” for many Afghan refugees whom it refused to allow into South Africa temporarily this week while they were processed for the US and other permanent destinations.

Candace Rivera, CEO of the non-profit Exitus, said many in this group of 126 refugees fleeing the Taliban takeover were “high-value individuals” on the Taliban’s kill list. “They’re American allies, they did something for the Afghan government, maybe they were chief of police… a ton of female activists, female physicians, female attorneys, females who have been survivors of trauma that speak out, females who are humanitarian NGOs.”

Some of the 126 had already crossed into Pakistan, others were still in safehouses in Afghanistan where they were being actively hunted down by the Taliban, al-Qaeda and Islamic State, who had already “slaughtered” others in the same predicament. Those who provided the safe houses were also being killed.

The refugees still in Afghanistan had been waiting for Exitus to confirm the flight to South Africa so that it was safe for them to move.

Exitus battled with the South African government for six days to try to get official clearance for the refugees, being shunted from one government department to another. Eventually, on Tuesday, Department of International Relations and Cooperation spokesperson Clayson Monyela announced that South Africa “unfortunately” could not accept the refugees and suggested the main reason was cost.

“South Africa is already home to a substantial number of refugees and is seized with addressing their needs,” Monyela said. “Most of them already benefit from the Social Assistance and free medical health programmes offered by our country.

“In terms of international law, the wellbeing of the refugees is best served by remaining in the first country {after} arrival – Pakistan – pending their final destinations.”

But Rivera insisted it would have cost the South African government nothing to temporarily accommodate the 126 refugees as Exitus had arranged sponsorships for all their costs including housing, food, medicine and trauma counselling.

The group includes about 60 children under the age of nine. Two were orphaned last week by a huge bomb blast detonated by Islamic State at Kabul airport which killed their parents as they were trying to leave the country.

“Children are being beheaded in front of their parents,” Rivera said. “They are being hunted like animals. And we don’t have time for nations to argue about which placement they’re in for six weeks. We need to help. And for me that’s a human problem. And in the long run, if private companies are coming along and saying I will support them if you will give them refuge for a period of time until they can sort out the paperwork, why would a nation say no?

“So there’s not a lot we need except the landing clearance on the tarmac.  Everything else is being provided and the resources to take care of them for as long as it takes for their paperwork to be processed for them to move to the US or to get the proper visas.”

Rivera said Exitus had chosen South Africa because it had a good partner in the country, the medical supply company PerryHill International, which was able to provide housing for about 800 refugees for an extended period.

“So, nothing was needed by the South African government. We’re completely funding these individuals as well as their evacuation.”

Asked, though, whether the South African government might perhaps have taken the view that this should be America’s problem and not South Africa’s, Rivera said: “It’s not a national problem, not a country problem, not a religion problem, it’s a human problem.

Rivera said Exitus had decided to challenge Pretoria’s decision to reject the refugees in the South African courts and was seeking legal advice.

However, it was also exploring other destinations for the 126 refugees, though the local sponsorship made South Africa an ideal place for them.  DM