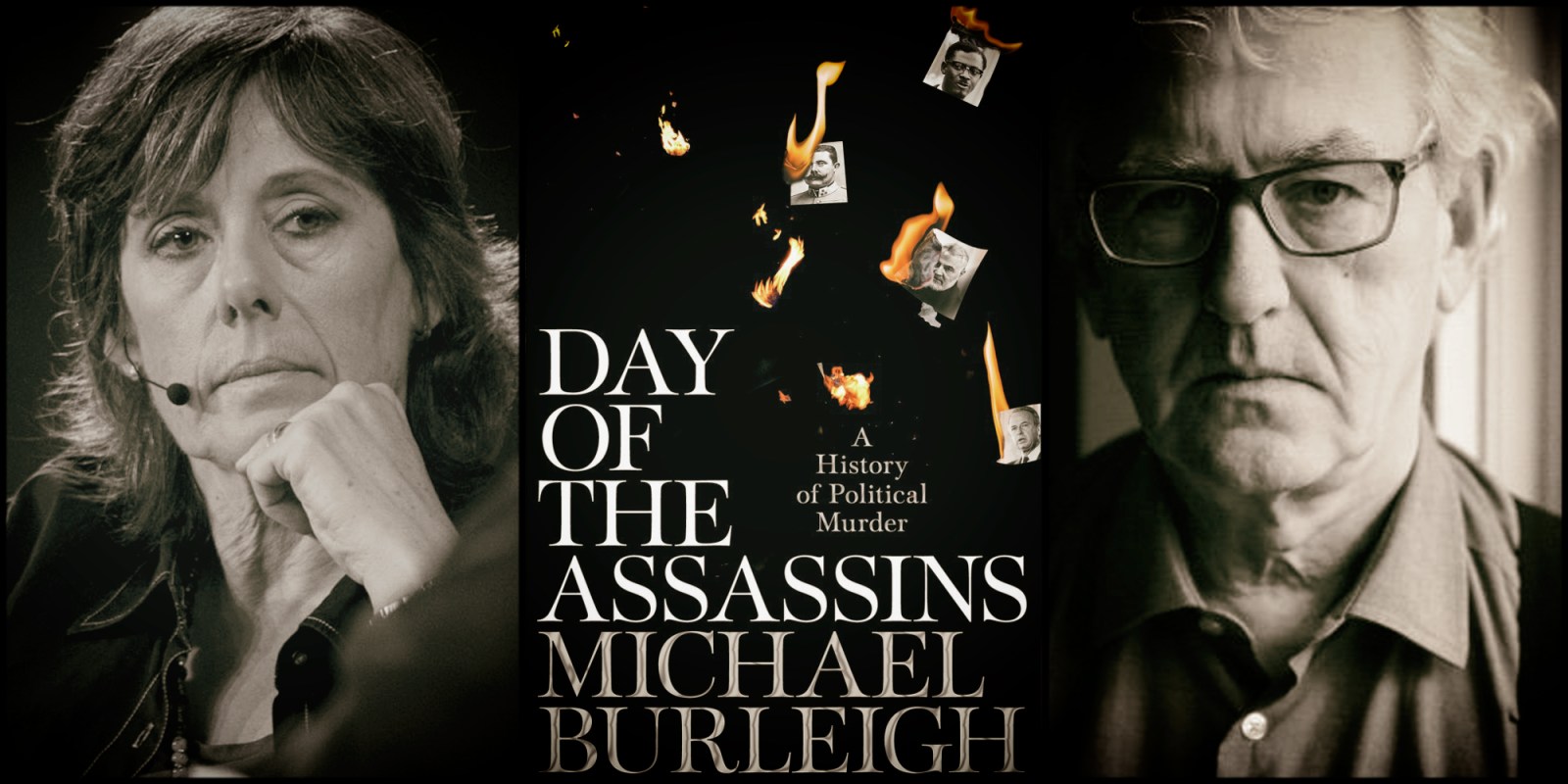 Someone can be sitting in the bright sunshine of the Arizona desert and, at the same time, checking out Afghanistan at night, on the lookout for targets – stalking, hunting. That is the nature of remote warfare.

It can happen anywhere. “It could be Yemen, Somalia, Kenya, for that matter,” said historian Michael Burleigh, author of several books on World War 2. After 25 years researching the subject, he knows about state-sanctioned, political warfare and organised assassinations.

Burleigh was talking to Daily Maverick’s Marianne Thamm during the launch of his book, “Day of Assassins: The killers who stalk the shadows of political life.”

Remote warfare increased after WW2 and, at the dawn of the 21st century, presented a completely new moral dimension, Burleigh said.

After a day of killing, “you go and buy your shopping. Or its bathtime with the kiddies… you just go back into ordinary life”, said Burleigh. “It must be a really strange existence to be killing people thousands of miles away, and the next thing, playing with a rubber ducky in the bath.”

That’s the bizarre reality of remote warfare, which is growing with the “favoured” predatory drones becoming more sophisticated and cost-effective, Burleigh said.

“One of the classic ways in which you obviate moral responsibility is to heavily… compartmentalise the activity [of warfare],” he said. “In the end, everybody is to blame but nobody is to blame.

“These really are archetypal hunting stories,” said the author.

Certainly, in the local political battlefield, assassinations are not unknown, as Thamm recently showed in her review of Burleigh’s book.

“Killings of opponents and rivals is something that is clearly endemic to the human social political organisation,” Thamm said.

“We are shocked by them. Intrigued by them.We kind of feel deep down inside that they are morally and ethically wrong. Yet, assassinations and murders are such an enduring human condition. Is  that something that we just have to be able to live with?”

But, “what would be the primary motivator for the assassin? Is it money? Ideology? Pathological state of mind? Or just pure criminality?” she questioned.

When bank robber James Earl Ray killed King, he was on the run from a 20-year jail sentence, said Burleigh, adding that “his equally criminal brother probably helped him to kill King”.

Ray was primarily motivated  by rumours of a reward for killing King, so he went to extraordinary lengths to shoot the civil rights leader.

On the other hand, the reasons behind Lee Harvey Oswald’s assasination of US president John F Kennedy were more complex and ideologically motivated.

“Six months before he killed Kennedy, he used exactly the same rifle to try to  shoot a man called General Edwin Walker, who was one of the leaders of the very right-wing John Birch Society. He was sitting there doing his tax returns in his house with the lights on, and at night the bullet came through the window and grazed his arm,” said Burleigh. Oswald’s shot had been deflected, Burleigh said.

“Nobody ever said there was a conspiracy to kill General Walker, who had a lucky break there,” he said.

“But Oswald went on six months later to shoot Kennedy and as far as he was concerned, it had nothing to do with money,” Burleigh said, adding that Oswald had tried unsuccessfully to live in the Soviet Union, and had come up with some ideas to create a new political system fusing capitalism and communism.

“He just basically had visions of grandiosity of himself,” said Burleigh of Kennedy’s assassin.

It is simpler looking at assassinations from earlier history, Burleigh said. “Basically you wanted one ruler and not two rival ones.”

As Octavian – Julius Caesar’s successor – justified the assasination of Caesar’s illegitimate son with Cleopatra: “One could have too many Caesars.” DM