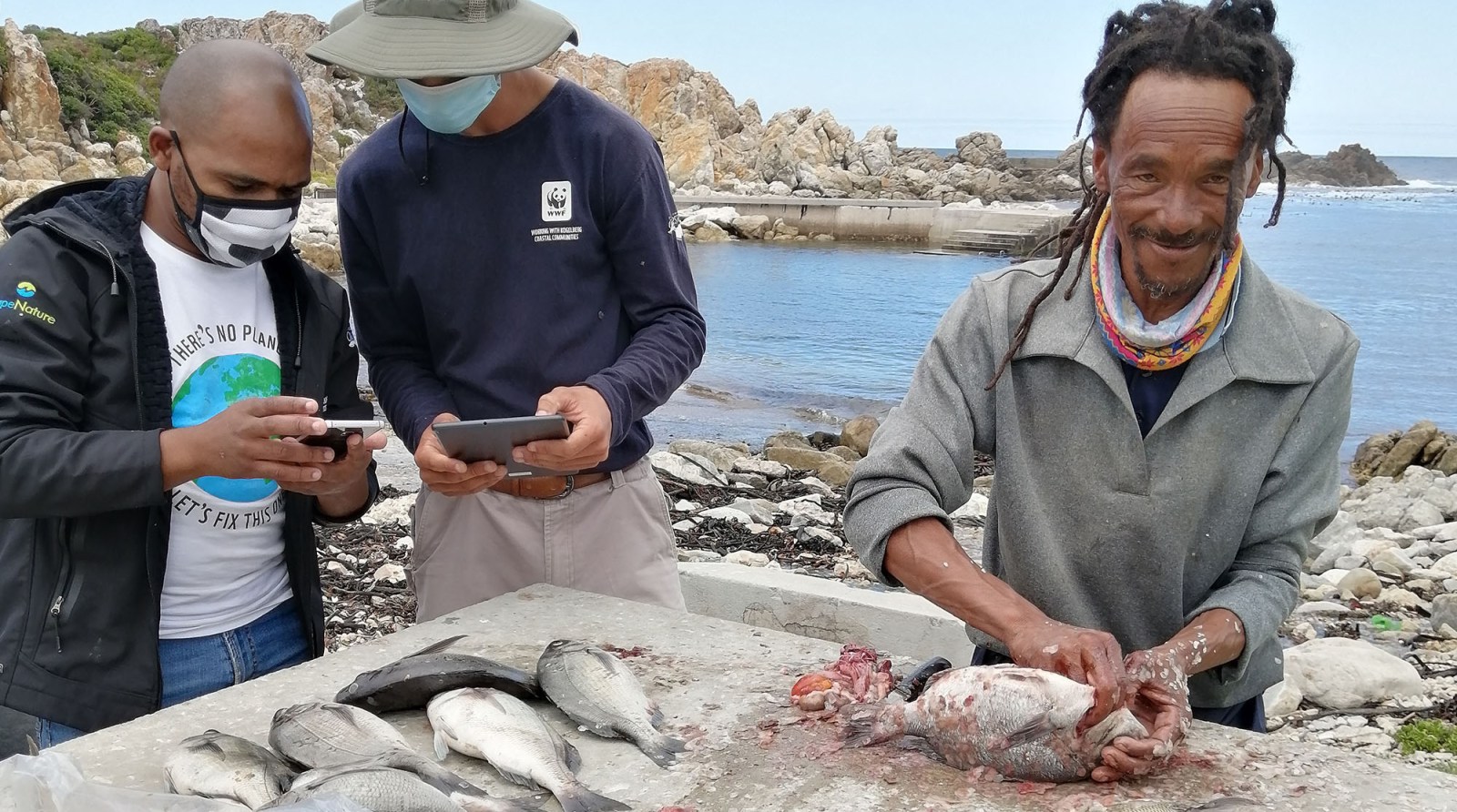 The Covid-19 lockdown saw some small-scale fishers excluded from making a livelihood, while others who were able to do so found a limited market for their catch. This left fishers food-insecure and in poverty, a WWF report found.

This had a knock-on effect on small-scale fishers who were unable to absorb the shock of the lockdown and experienced food security issues, often suffering acute to chronic hunger.

The study showed that, unlike the commercial fishing industry that was able to access financial resources as well as networks to mitigate Covid-19 consequences, small-scale fishers, especially those in coastal provinces,  faced devastating impacts.

The major impact that lockdown Levels 4 and 5 had on fishers was the loss of income, caused by a lack of tourists, low demand, export restrictions and market and restaurant closures, the report found. Western Cape fishers were also heavily hit by the curfew, restricting their ability to follow shoals of fish.

Some of the consequences include the loss of markets where fishers would sell their fish, reduced fishing efforts and loss in sales of aquafarming products. This saw temporary and permanent job losses. Interprovincial restrictions also meant that fishers integrated into seafood value chains weren’t able to market their fish, the report found.

Small-scale fishing is defined as those fishing to meet food and basic needs or involved in the harvesting/processing or marketing of fish. When lockdown regulations began, small-scale fishers were recognised as essential workers and were able to fish.

However, a number of fishers did not fit into the Department of Forestry, Fisheries and the Environment’s (DFFE) description of small-scale farming and had to wait for recreational fishing to be permitted, which came three months after commercial fishing had been given the go-ahead to continue. This left many fishers with no income.

When fishers were allowed to fish, there were still problems around the regulations. These included incorrect details on a permit or the late arrival of permits that came after particular fishing seasons had passed. Some permits were also not translated into local languages.

Challenges faced by small-scale fishers weren’t new, but were exacerbated by the pandemic, as fishers were already experiencing marginalisation, food insecurity, insecure resources and rights tenure, as well as poverty.

State support for fishers surveyed in the study came in the form of at least one food parcel for those in KwaZulu-Natal, Eastern Cape and Western Cape, with a third of those across the three provinces receiving the Covid-19 grant. Western Cape fishers said they had received food parcels from the DFFE in a once-off for registered small-scale fishers. Fishers in the Northern Cape, on the other hand, said they hadn’t received any aid, the report said.

Support came through organisations such as Masifundise and Abalobi which provided food security measures and help with marketing their catch.

“Recovery from shocks requires a collaborative stakeholder approach. Institutions and markets that operate in and around fishing communities can help to improve the resilience of small-scale fisheries by working with and supporting the co-operatives and the communities in which they operate,” said WWF marine scientist Monica Betts Stassen. DM/OBP