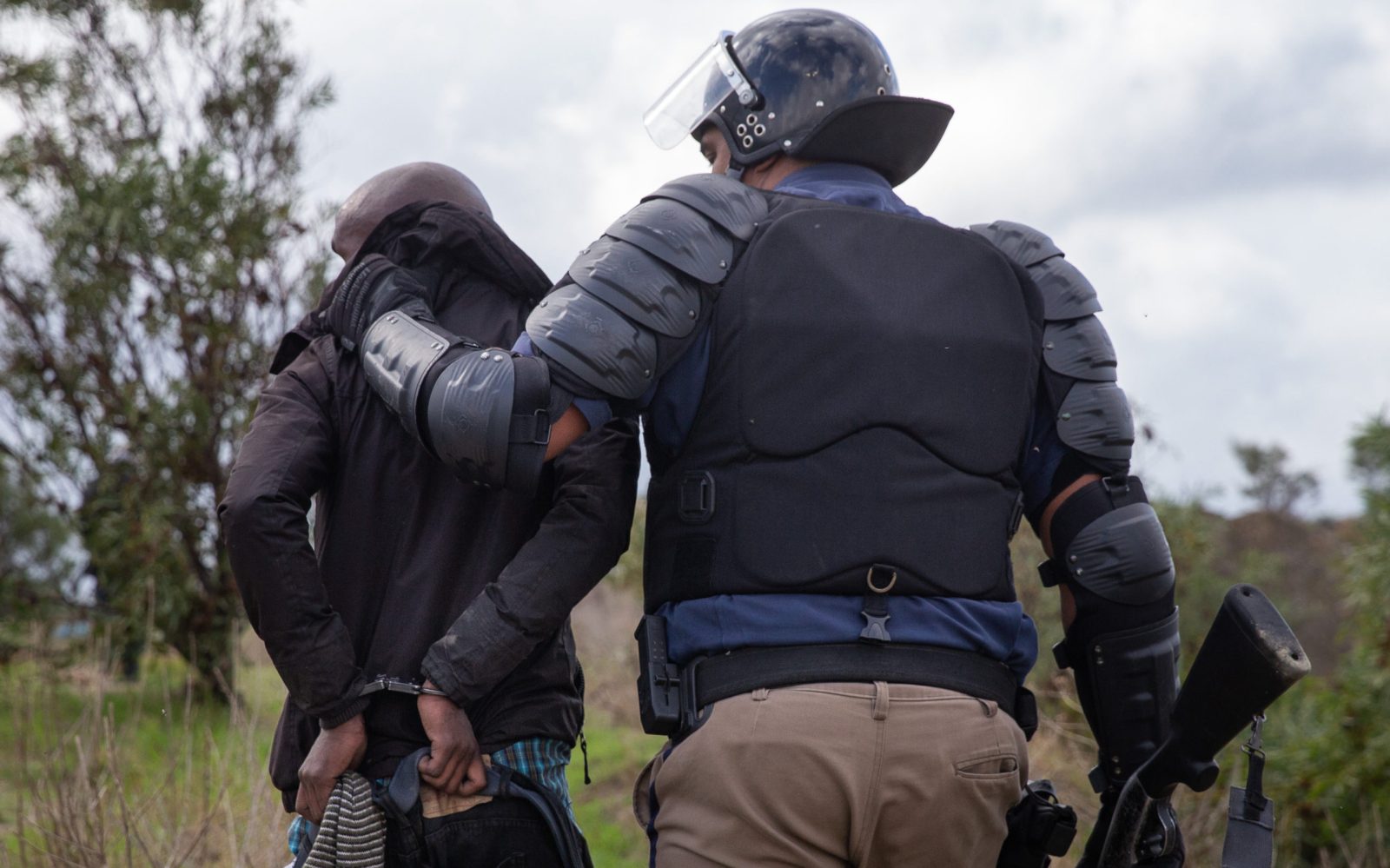 The agreement merely would make policy what is already happening in practice.

Police commanders will be empowered to overrule watchdog findings against their colleagues when a new agreement between the South African Police Service (SAPS) and the Independent Police Investigative Directorate (IPID) takes effect. The draft agreement was attached as an annexure in Police Minister Bheki Cele’s response to parliamentary questions last month.

A recent presentation to Parliament showed that the veto powers contained in this agreement are already being used by the police on a large scale across the country.

IPID officials have in the past complained that the police ride roughshod over many of their findings and disciplinary recommendations against officers implicated in such crimes as torture, murder, rape and corruption. In the most extreme instances, police management refuses even to initiate disciplinary steps. This is in spite of the law saying that the police must do so.

A recent joint SAPS and IPID presentation to Parliament’s Portfolio Committee on Policing revealed that the police had refused to take disciplinary steps in 229 cases, or more than half of the 550 IPID cases “finalised” in 2020/21. This is the highest such figure on record. In all these 229 cases, IPID investigators concluded that police officers had a case to answer. They were overruled by SAPS management.

The police’s departmental systems have few checks and balances against their commanders overruling IPID in order to protect colleagues.

“If I’m the commander and my member that I want, that I’m buddy-buddy with, has done something, I’m not going to take steps against him. I’m going to do everything to stop steps from being taken,” said an IPID official, quoted on condition of anonymity in Viewfinder’s exposé on SAPS consequence management.

A new Viewfinder data analysis has indicated that police decisions to override findings against officers are final. Viewfinder looked at an IPID case data sample of 202 cases where SAPS refused to act on IPID’s recommendations against officers. In at least 32 of those cases, SAPS’s refusal was at odds with both IPID and the National Prosecuting Authority (NPA). The NPA placed those cases on court rolls across the country, despite it having a much higher burden of proof to secure a conviction in court, compared with SAPS in disciplinary hearings.

These 32 cases included complaints of severe assaults or shootings by police which left people badly injured. In one case a Nelspruit man complained that a sergeant punched him continuously, breaking his teeth. In another case a man from Mahwelereng, Limpopo accused officers of suffocating him with a plastic bag and pepper-spraying him during an interrogation.

In one case police reportedly shot and killed a fleeing suspect in Tembisa, Gauteng. In another case police allegedly shot and killed a man after he was pulled over during a police stop on the road between Daveyton and Brentwood, Gauteng. The man had been driving with his wife, children and friends, according to IPID’s complaint description. In another case, from Welkom in the Free State, a police officer was accused of killing his wife and trying to cover it up.

Viewfinder has previously exposed a series of loopholes that senior police officers can use to undo IPID findings during police disciplinary proceedings. But, the above cases and the new “Terms of Reference” agreement between SAPS and IPID point to a different scenario. In these cases police commanders can overrule IPID findings without even starting a disciplinary process.

Viewfinder queried SAPS and IPID management about the draft Terms of Reference for Disciplinary Hearing Committees and their past relationship with regard to implementing IPID disciplinary recommendations.

IPID’s spokesperson, Grace Langa, said that the directorate does not necessarily agree with SAPS’s decisions that its recommendations often do not constitute a prima facie case against police officers.

“Since IPID has no power to implement its recommendation, but rely on SAPS to do so, only SAPS can be able to give reasons for not implementing the recommendations,” she said.

SAPS spokesperson Brigadier Mathapelo Peters said that “questionable outcomes” in disciplinary cases could be escalated to SAPS’s provincial or national head offices. She said that SAPS did not “wish not to be drawn into accounting to the media on departmental issues”, and declined to respond to questions related to the Terms of Reference, because they are yet to be concluded.

“The committee has not had a chance to engage with the Terms of Reference. It is our view that agreements that undermine the spirit and intention of different pieces of legislation and which do not have legal standing, will not be supported,” she said.

“We will never agree that the findings of the IPID can be overruled… This is something we will be addressing in the SAPS Amendment Bill as well as the IPID Amendment Bill.” DM

This article forms part of an ongoing investigation of police brutality and non-accountability in South Africa. It was funded, in part, by the Henry Nxumalo Fund for Investigative Reporting. It has been produced for GroundUp by Viewfinder.