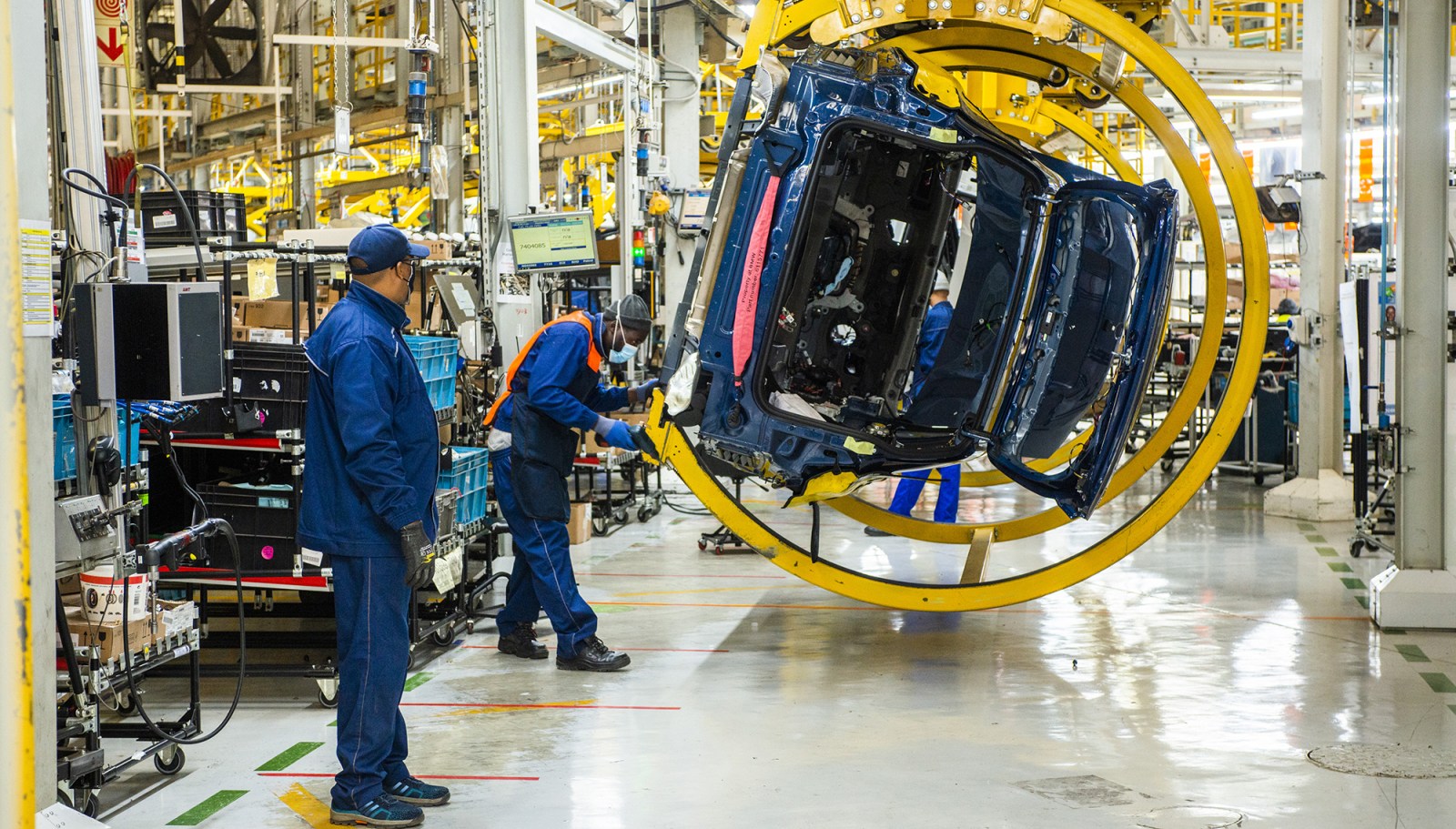 A worker inspects the undercarriage of an vehicle on the production line at the BMW South Africa Rosslyn plant in Midrand. (Photo: Waldo Swiegers / Bloomberg via Getty Images)

New car sales in South Africa bounced back in August after they were marred by the looting and riots that swept KZN and Gauteng in July. But the aftermath of the unrest continued to hamper vehicle exports, stalling the recovery.

The Automotive Business Council, also known as Naamsa, said on Wednesday that new vehicle sales in August reached 41,425 units, a rise of 24.6% from the same month in 2020. That is only to be expected as the economy this time last year was still in the throes of the initial recovery from the hard lockdowns to contain the pandemic and cars were hardly flying off the lots.

Sales in July were of course marred by the unrest triggered after the jailing of former president Jacob Zuma. During that chilly month of discontent, new vehicle sales reached 32,949 units,  a paltry 1.7% spike from the July of 2020 when the retail sector was still reeling.

August’s sales figures were a 25.7% increase from the previous month, which may also have been a reflection of pent-up demand from consumers who planned to buy in July, but were thwarted from doing so because of the mayhem.

Exports fared far worse in July because of the unrest and the Transnet cyberattack, falling by 33% against the corresponding month last year. The fall-out was still felt in August.

“The knock-on effects of the disruptions as well as the cyber attack on Transnet operations were still visible on vehicle exports during August,” Naamsa said in a statement. “Export sales recorded a decline of 3,583 units, or 15.6%, to 19,446 units this year compared to the 23,029 vehicles exported at the same time last year.”

By way of contrast, vehicle exports in June leapt by more than 50% year-on-year to 28,384 units. So the explosion of unrest and the cyber assault have stalled the recovery of vehicle exports like a learner driver on a steep Johannesburg hill.

Among other things, this will have an impact on third-quarter economic growth, with implications for all of 2021’s GDP performance.

“The domestic automotive industry will continue to benefit from the strong rebound in global economic activity in 2021 and the favourable conditions abroad,” it said.

And Naamsa is cautiously optimistic on domestic sales.

“Positive factors that will stimulate the inevitable new vehicle demand include the positive macroeconomic outlook, rejuvenation of rental fleets, subdued consumer price inflation and interest rates to remain at historically low levels for the foreseeable future. However, business and consumer confidence will continue to challenge the industry’s recovery over the short to medium term,” it said.

The road to recovery could still hit unexpected speed bumps and potholes. DM/BM