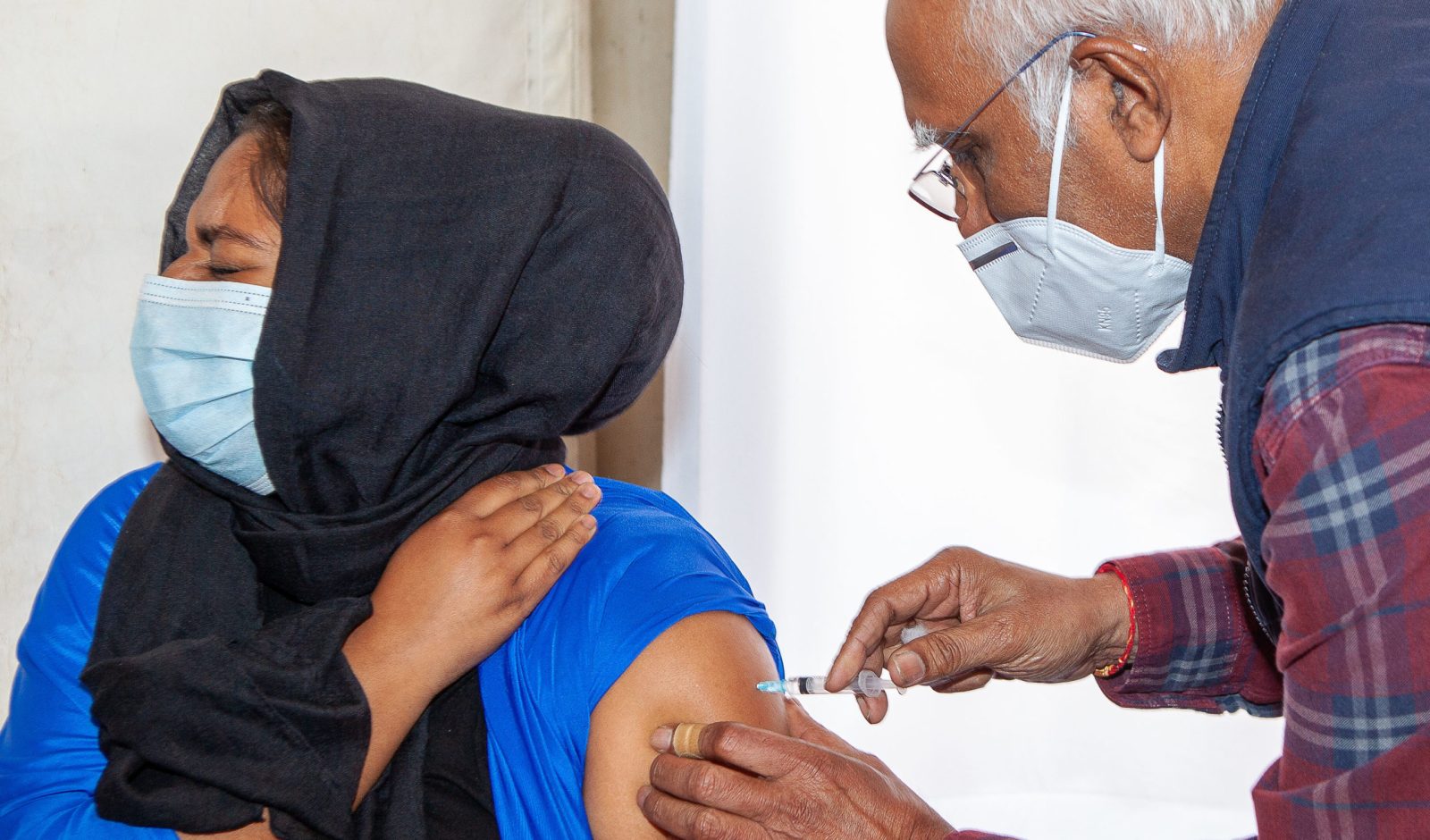 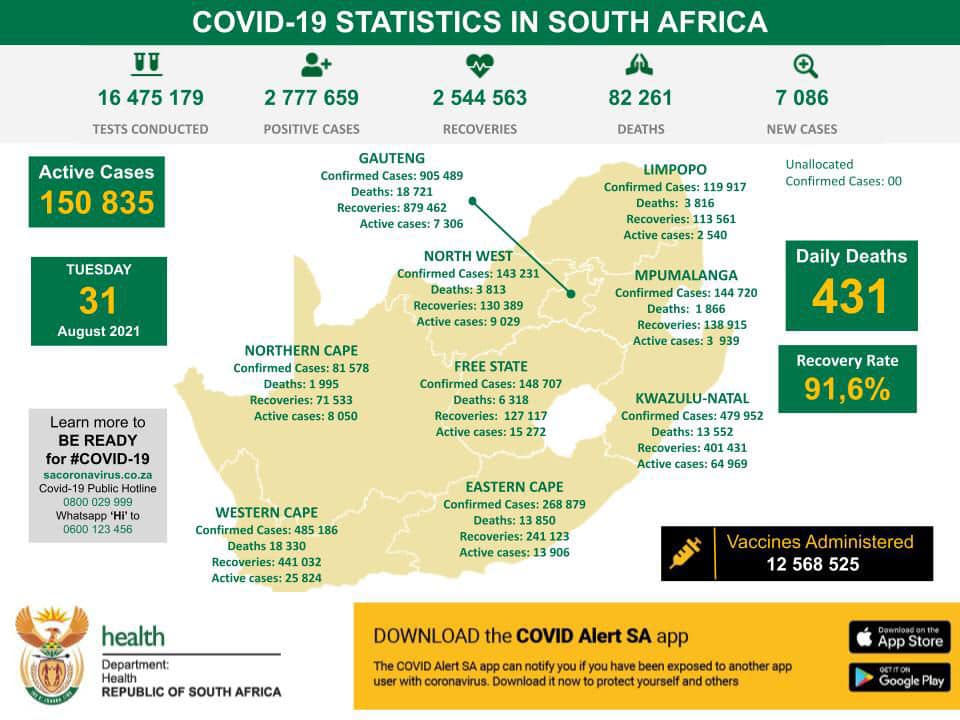 Moderna’s vaccine generated more than double the antibodies of a similar shot made by Pfizer in research that compared immune responses evoked by the two inoculations. Israel reported a record number of daily infections, giving fresh impetus to the booster drive it began this month.

Ireland is ending most pandemic restrictions. The European Union reached a goal of fully vaccinating 70% of its adult population. Taiwan bought 20 million vaccine doses from Moderna and signed a non-binding agreement with AstraZeneca for more purchases as it diversifies suppliers.

Children account for the fastest rate of new Covid-19 infections in Colorado, Rachel Herlihy, state epidemiologist, told an online news briefing on Tuesday. The trend started in July before schools opened, she said, and officials are encouraging schools to require face masks though there is no mandate.

Colorado has “significant” hospital capacity for children and adults, said Scott Bookman, the state’s Covid-19 incident commander, who called vaccines “the ticket out of this pandemic”.

Moderna’s Covid vaccine generated more than double the antibodies of a similar shot made by Pfizer and BioNTech in research that compared immune responses evoked by the two inoculations.

The study is one of the first to compare levels of antibodies produced by the two vaccines, which are thought to be one of the important components of the immune response. It didn’t examine whether the antibody differences led to a difference in efficacy over time between the two shots, which both were more than 90% effective in final-stage clinical trials.

Ireland is to drop most pandemic restrictions in the coming weeks, with almost 90% of the adult population now vaccinated. The government will move from a system of rules to manage the virus to “personal responsibility”, Irish PM Micheal Martin said in a national address.

Public transport will return to full capacity starting on Wednesday, while people can begin returning to the office beginning on September 20. Capacity restrictions for live events will be eased on September 6, with most remaining restrictions scheduled to go by October 22. Masks will still be required on public transport and in shops. The government is also preparing to roll out a vaccine booster programme for the winter, Martin said.

Mauritius vaccinated 60% of its population a month ahead of target and now plans to halve the number of days tourists will need to isolate on the island nation after arrival.

The “milestone comes ahead of two major steps to reduce restrictions on inbound international travel”, the Mauritius Tourism Promotion Authority said in an emailed statement on Tuesday.

Inoculated tourists will have to spend seven days in a so-called resort bubble hotel from Wednesday, down from 14 days now, before they can travel freely. From October 1, they will be free to explore the Indian Ocean Island nation without restrictions. That’s provided they submit a negative PCR test taken within 72 hours before arrival, the agency said.

Morocco started administering shots to 12- to 17-year-olds on Tuesday, as the kingdom speeds up one of Africa’s most advanced vaccination campaigns ahead of the start of the new school year. Some three million Moroccans from that age category are expected to be vaccinated, Hespress online newspaper reported.

New York Governor Kathy Hochul said she is allocating $65-million for local communities to set up facilities to administer Covid booster shots. The Biden administration said it wants to start rolling out boosters on September 20, though the plan hasn’t yet been approved by the Food and Drug Administration. Hochul, who took office last week, said she has spoken about boosters with Anthony Fauci, President Joe Biden’s chief medical adviser for the pandemic.

Italy expands use of passports amid protests

Italy will require travellers on planes, ferries, and long-distance trains and coaches to show proof of vaccination or of a recent negative Covid test. The so-called green pass, a digital certificate also given to those who have recovered from Covid, will be required also for school and university personnel. University students attending in-class lessons will also be asked to show proof of vaccination.

The long-announced measures have been criticised by anti-vaccine activists, who are organising protests to block the country’s main railway station on Wednesday. Doctors and journalists have also been targets of online intimidation and hate campaigns.

In Colorado, a state panel approved emergency rules requiring vaccinations for staff in hospitals and other licensed healthcare settings, officials said. An estimated 30% of Colorado’s healthcare workers have yet to be vaccinated, according to state data. The panel voted late on Monday.

Colorado Governor Jared Polis announced on Tuesday that 75% of eligible state residents have received at least one vaccine dose.

The European Union’s vaccination campaign reached an important milestone on Tuesday, announcing that 70% of adults in the bloc have now been fully vaccinated, meeting a target that it had previously set.

“I call on everyone who can to get vaccinated,” said European Commission President Ursula von der Leyen. “This is the only way to protect yourself and the others.”

Taiwan bought 20 million doses of vaccine from Moderna and signed a non-binding agreement with AstraZeneca for more purchases, Health Minister Chen Shih-chung said at a briefing on Tuesday. Chen said more vaccines are needed and Taiwan wants to diversify its suppliers in case of delivery hiccups.

Israel recorded 10,947 new cases on Monday, the highest for a single day since the start of the pandemic. The country began a booster drive at the beginning of the month, and eligibility has been gradually expanded to include the entire population aged 12 and over.

Israel had one of the earliest vaccine drives, and health officials said this week that the effects of the shots weaken five months after inoculation. The previous record for daily cases was in January, when 10,118 were reported, according to Ynet news.

Still, the percentage of positive tests on Monday was 7.65%, high for the current wave but only about half the level at the end of last September. Serious cases reached the highest since February on Sunday, but remain well below January levels. DM