How seriously should we take the claim of a possible Chinese spy in Parliament? 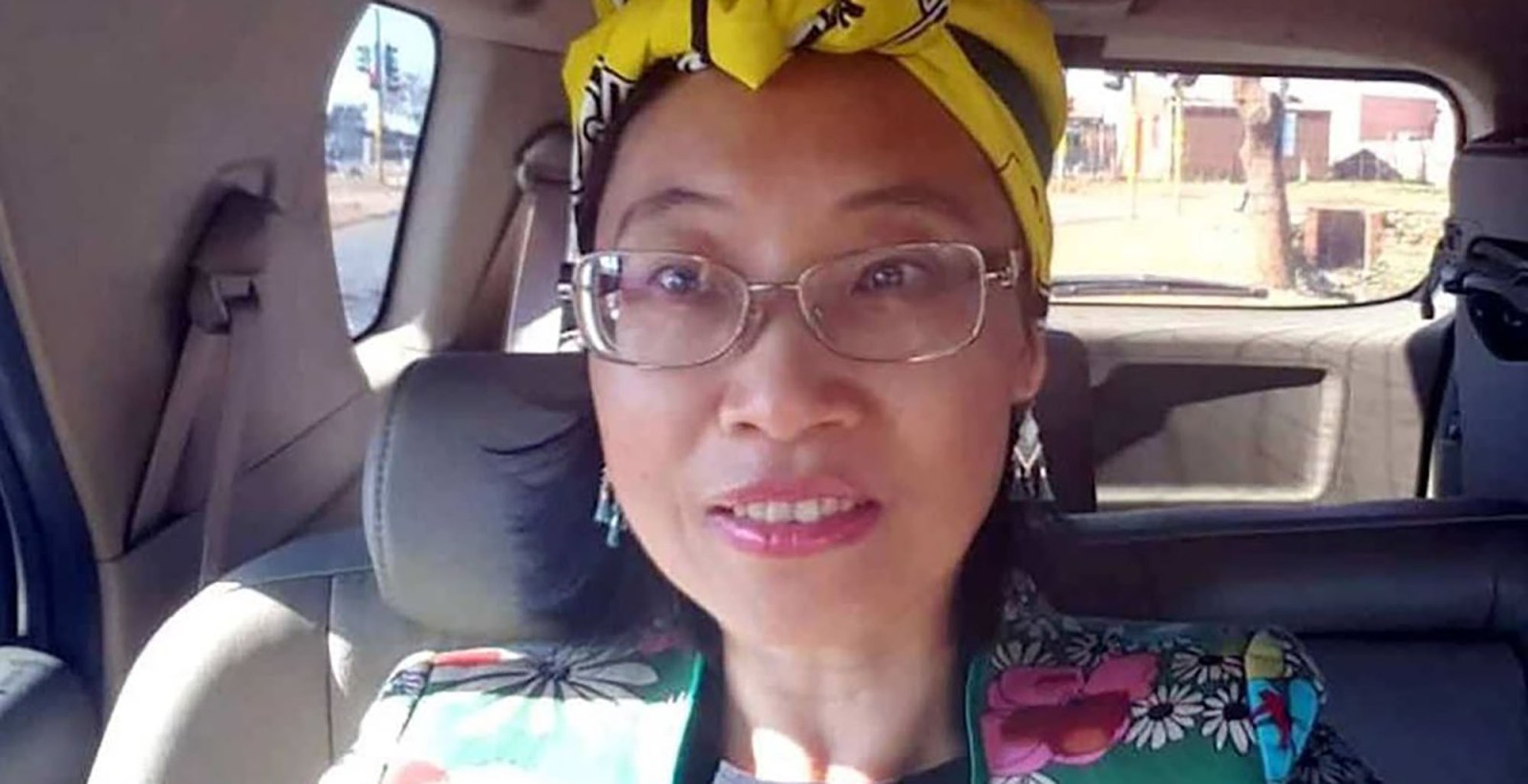 If ANC MP Xiaomei Havard is indeed a Chinese spy, she seems to be doing a spectacularly bad job of it. But that doesn’t mean that there aren’t pertinent questions to be asked about how she became an MP.

When News24 broke the news on Wednesday that local spooks had determined that ANC MP Xiaomei Havard might be a Chinese spy, there were two general categories of responses.

The first was, in essence: “Obviously”.

The second was to express disbelief — purely on the grounds that if Xiaomei Havard has indeed been sent into the ANC parliamentary caucus to spy for the Chinese government, she seems a very silly choice. To say that she sticks out is to employ massive understatement, as witnessed by the fact that her arrival in Parliament has caused ongoing expressions of Sinophobia and confusion.

But even if the Sinophobia should be condemned, the confusion is valid. Havard came out of almost nowhere — the “almost” being on account of her 2020 appearance on the ANC’s list of members summoned to appear before the party’s Integrity Commission. (More on this in a second.)

MPs from other parties have told me that Havard also appears to have no relationship with her fellow MPs within the ANC caucus, most of whom seem as bemused by her arrival in Parliament as the general public.

That might explain why a statement issued by the ANC’s parliamentary Chief Whip, Pemmy Majodina, on Wednesday did not exactly leap to Havard’s defence. It stated only that the ANC caucus is “unable to comment on the authenticity or veracity of these purported [State Security Agency] reports”.

Although Havard’s attendance at committee meetings is diligent, she rarely makes any verbal contributions — something almost certainly linked to the fact that Havard’s English is very poor. It is a statement of fact to say that she appears to struggle to make herself understood in English, and you can listen to the one or two very short radio interviews she has done for evidence of that.

MPs also tell me that it is not the case that Havard has fluency in another South African language to compensate. This is another factor which surely makes her position as a spy questionable — because, to put it crudely, wouldn’t you send someone who can speak English, in a country where the business of Parliament is primarily conducted in English?

One MP told us that one of the only conclusions they can draw about Havard is that she appears to be quite rich, as she employs her own driver for constituency work and other staff, including a personal assistant.

On Wednesday afternoon, the State Security Agency strenuously denied that it had authored a report concluding that Havard was a spy for the Chinese government, terming it a “malicious falsehood” and condemning “with the contempt it deserves the attack on the integrity of Ms. Havard and the malicious portrayal of the Chinese government as hostile to South Africa’s national security”.

If so, this would be nowhere near the first time that a fake intelligence report was leaked to the media. Indeed, it is practically part of the standard playbook for smearing political opponents. The question to be asked then, however, is: to what end? Someone would have to have an extraordinary grudge against Havard to go to these lengths.

People who might fit the bill would be ANC councillors passed over in favour of Havard for a parliamentary position. Becoming an MP is, after all, a highly sought-after (and relatively lucrative) role, and there is little doubt that the perceived parachuting of Havard into position has angered many.

This is why it would be helpful for the ANC to level with the public as to how, and why, Havard achieved her MP position. The assumption currently is that Havard paid her way in, after the Sunday Times reported in July that she had donated up to R4-million to the ANC over the past six years. While it is no secret that the ANC is in dire financial straits, however, this would suggest that MP positions are going awfully cheaply.

And then again, the question would be why Havard would want to be an MP. It clearly isn’t for the paycheque, given her apparently already substantial personal wealth. Is it to report back to the Chinese government on the workings of the South African Parliament? As a colleague pointed out, they would probably be better off buying a subscription to the Parliamentary Monitoring Group.

I asked Havard what she hoped to achieve as an MP back in February, when she was sworn in, along with a number of other questions. I hoped to write a profile on this intriguing new parliamentarian — but when her responses came back, I realised it was a non-starter.

This was because the nature of her answers, due mainly to the language barrier, would have exposed her to — I felt — unjustified public derision. To give one relatively tame example, I asked her about the inclusion of her name on the list of MP members called to appear before the ANC’s Integrity Commission in 2020. This was Havard’s written response:

If this spectacular naivety was an act, it was an act that worked on me. I read her responses over and over again, and then simply backed away — because I did not know what to do with that material.

The rest of the responses were even more surreal, and included an anecdote about Havard’s late husband never leaving the house without filling his pockets with boiled eggs to distribute to the poor.

Perhaps international espionage is not what it used to be, but I have to think that if Havard were a spy, her handlers would provide her with a more polished narrative to put before journalists.

But if Havard’s identity as a spy might be questionable, so too is her selection as an MP. It surely cannot be dismissed as Sinophobia to suggest that one of the bare minimum requirements for a South African parliamentarian should be fluency in at least one of our official languages. Without that, how on Earth can one adequately represent a constituency, and serve as intended, as the voice of the people?

I emailed Havard again on Wednesday to ask her about the spy allegations. She replied informing me that she was being sabotaged by “this ugly mafias”.

She ended with: “Please do not publish any articles about me. Thank you so much.”

Apologies, Xiaomei, but politics and journalism are dirty businesses. DM