Letter from Mpumalanga: Listening to history’s whispers by the river of enlightenment 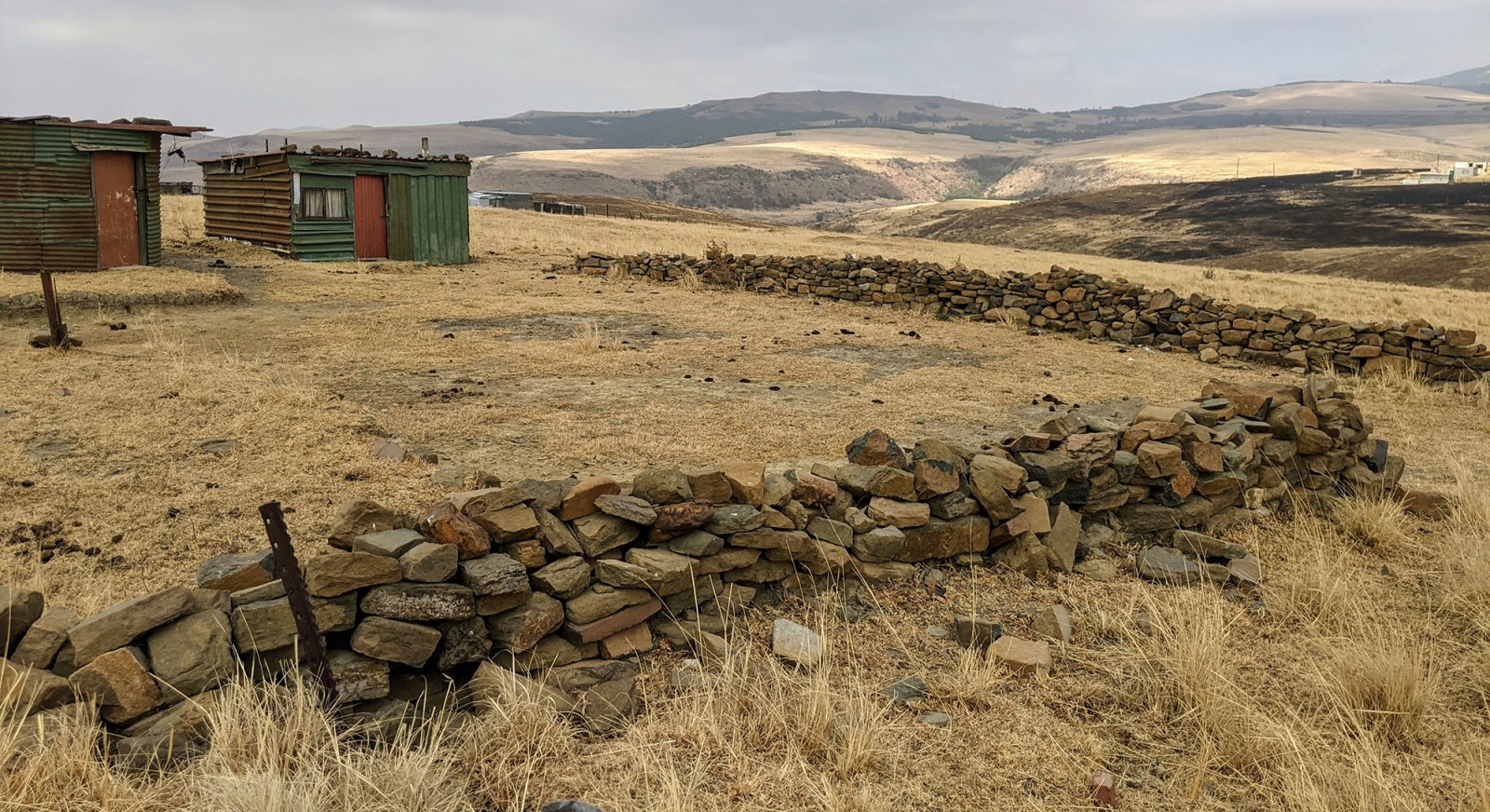 Rediscovering the history of African Zionism and the Zion Christian Church can help to reawaken love, compassion and togetherness, in an age when such legacies risk being forgotten indefinitely.

A baptism in the awakening waters: uThaka; river of enlightenment; Wakkerstroom.

A homeless married couple finding a refuge for their new religion in a rundown stable; shepherds and wise men from the hills paying tribute.

Was I researching history or mythology? The question seemed unavoidable on a recent visit to Wakkerstroom to try to uncover what I could of the origins of African Zionism.

Say “Zionist” and most people in the world likely think, “Israel.” South Africans, on the other hand, are more likely to imagine the “ZCC,” only the largest and best-known of the African independent Christian churches, with an estimated 18 million adherents, all dedicated to river baptism, prophecy, and faith healing.

Around 1900, a Dutch Reformed missionary living in Wakkerstroom, Pieter Le Roux, became interested in the Christian Catholic Apostolic Church in Zion, Illinois. Zion was a utopian community dedicated to two chief propositions, both radical in their time: one, that doctors were unnecessary because Jesus could heal all ailments; and two, that all races were equal in the eyes of God.

Both propositions resonated with Le Roux, who spoke fluent Zulu and seems to have had unusually egalitarian ease with black Africans in that era. Le Roux tried to resign from the Dutch Reformed church, but they asked him to delay his departure until after the Anglo-Boer war.

For three years he, therefore, offered Zionist church services in the small Dutch Reformed mission church alongside the manse. In 1903, he and his family were evicted to make room for another preacher, but a generous landlord allowed them to rent a large house for a pittance.

Here, the Zionist congregation kept meeting in the stables behind the house. In 1904, Daniel Bryant, visiting from Zion, conducted the first African Zionist river baptism in the stream running below the town.

Finally, ten years later, after he had converted from Zionism to Pentecostalism, Le Roux faced a defection of his own when Daniel Nkonyane led Le Roux’s old Wakkerstroom congregation out of the white-dominated South African Pentecostal movement to become the region’s first African independent church.

What remains of all this history today?

On an overcast Tuesday morning, local history enthusiast and information centre volunteer Rita Wiesemann met us at the local hotel. Rita taught Latin for many years in Pretoria before falling in love with, and eventually retiring in, Wakkerstroom. She comes across as one of those teachers simply afire with knowledge, accompanied by books, notes, maps, and photographs.

She first became interested in Le Roux when a colleague’s theologian-husband told her the story, and her fascination deepened when the preacher’s granddaughter contacted the Wakkerstroom information centre from the United States, looking for help making sense of family stories.

Over the course of the day, Rita showed us many sites, including a now-ruined barn where the first Dutch Reformed services were held for the Voortrekkers’ black servants; a garage that might have provided Zionism’s temporary stable-home; and the bridge where Daniel Bryant baptised 141 souls to the new faith.

But the place that would later stick in our minds was also, at least on the surface, perhaps the most ordinary. A plain cottage on Vlei Street: dry yellow lawn, white Renault Sandero parked to the side, backyard chickens, faded red roofs. The kind of place, in other words, we’ve all seen a thousand times in windswept highveld towns.

Here live a retired couple, Tricia and Ken Stoole, who graciously showed us around their abode. Woodstove and kitchen, bird-feeder and plastic storage: again, the house and yard of any pair of country hobbyists.

Yet Rita and her fellow amateur historians are almost certain, based on their readings, that this is nothing less than Le Roux’s old Dutch Reformed manse and mission church: in other words, the first de facto Zionist church in Southern Africa, from 1900 to 1903.

The church building now serves as the Stooles’ garage. It seemed clear enough when we entered, despite the wood-working tools and the mounted buzzsaw, the jars of nails and paint, the vacuum cleaner, and the sawdust heaped in the old windows.

An old door, and then opposite it a second doorway, bricked up now.  On the roof, a thin iron spire to mount a cross.  The garage door, added at some time in the intervening decades, would have once been the congregants’ portal.

The whole place is still shaped precisely like a chapel. As I stepped in, I almost wanted to pray or genuflect.

What’s it like to hang up one’s bicycle or sand one’s tabletop in what to some may be southern Africa’s single most important historical religious site?

“A bit scary,” was Ken’s sentiment. They might, he explained, level a crumbling wall, and then, puff!  There goes twenty million people’s origins narrative.

But the relative erasure of Zionist history also seems inextricably bound up with the ambiguous position of the religious tradition itself: too black, of course, to be memorialised by the apartheid government. But also too apolitical to attract interest for its resistance. Finally, perhaps, too humble to insist that the world pay it careful attention.

Mfanzani Nkonyane agrees that the early origins of Zionism are tragically unknown. A retired insurance analyst, as well as a great-grandson of Daniel Nkonyane, we met Mfanzani the next day in the nearby farming town of Volksrust.

“I’m proud of my great-grandfather,” he told me. “Why wouldn’t I be? He started African independent churches!  But honestly, I know almost nothing about him, and neither do most of my family.”

Mfanzani did take us to Charlestown, KZN, a town with grassy lots, rural stone dwellings, grazing goats, and the remains of several factories where congregants once found work.

After being kicked off his farms near both Wakkerstroom and Utrecht in the aftermath of the 1913 Land Act, Daniel Nkonyane tried, here, to build a utopian community where race and money wouldn’t matter.

It worked, more or less, until 1974, when the community was forcibly removed under the Group Areas Act.

Now, decades later, the three of us stood on a gravel road, by the remains of an enormous church.

Knee-high stone walls formed a grassy rectangle. Cattle lowed above us.  Shepherds in the fields whistled for wayward sheep.

“This was a thriving community,” Mfanzani explained.

A quintessential apartheid story, to be sure.  More to the present: what cultural imperative still prompts us, today, to leave this all here, without commemoration?

“Love is short,” the Chilean poet Neruda tells us, “but forgetting is long.”  Yet if we allow ourselves to lose important past efforts at human loving, what will happen to the rooms and gardens our compatriots once so carefully tended?DM

Glen Retief’s The Jack Bank: A Memoir of a South African Childhood, won a Lambda Literary Award.  He teaches creative nonfiction at Susquehanna University and is currently spending a year in South Africa as Fulbright Scholar.  He writes in his personal capacity.