EcoMaverick: Lorraine Kakaza — an environmental activist on a mission to amplify voices of the marginalised 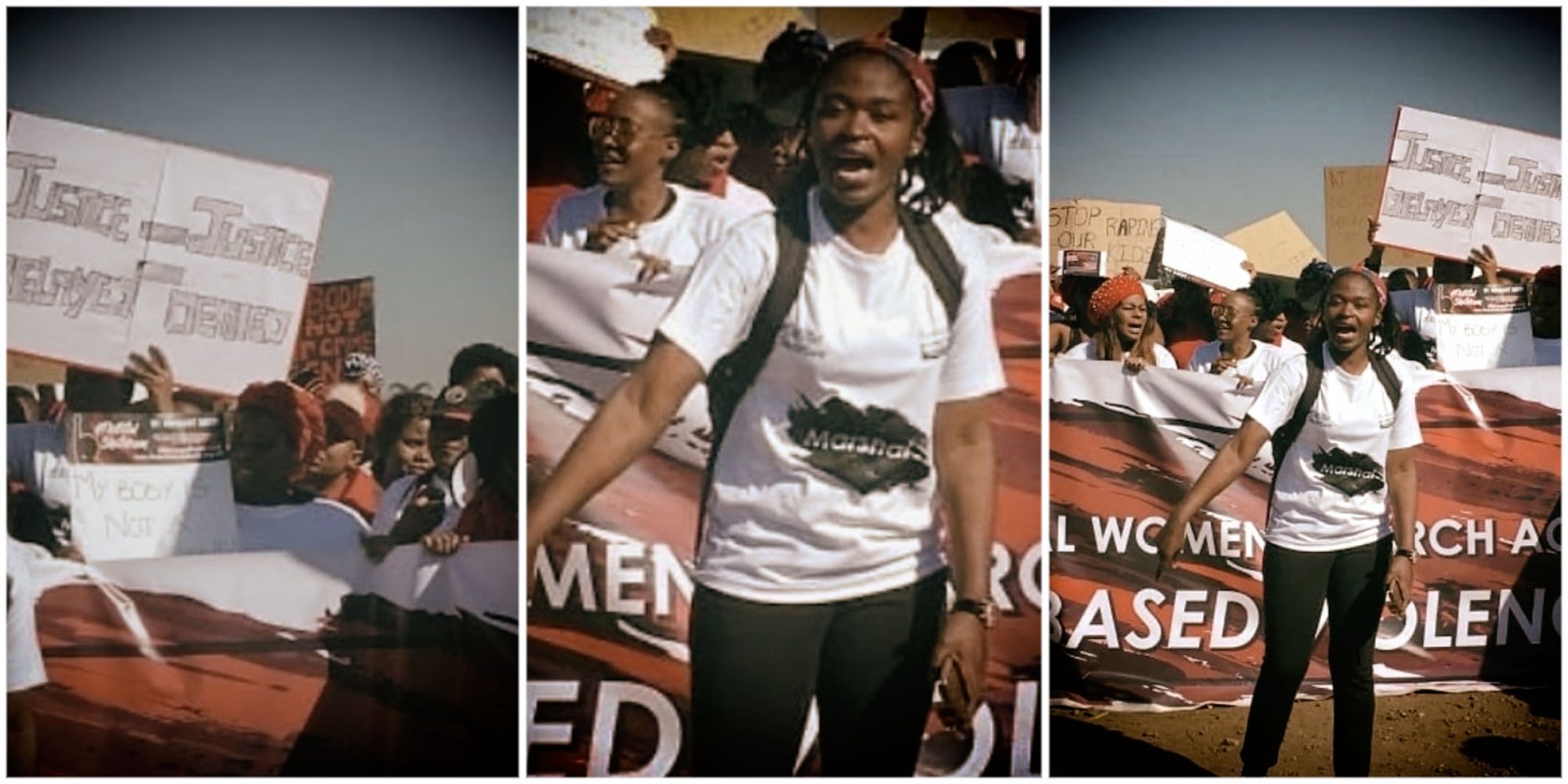 Lorraine Kakaza, an environmental human rights defender working advocating for an end to coal mine and power station pollution in Carolina, Mpumalanga, while securing the rights of women and girls. (Photo: Supplied)

Environmental human rights defender Lorraine Kakaza has a dream — to see change in communities whose environmental rights have been breached.

Where human and environmental rights are breached, human rights defender Lorraine Kakaza, 33, is fuelled and ready to challenge the injustices faced by communities vulnerable to environmental abuses.

Motivated by women in the frontlines of extractivism, climate and energy justice, Kakaza joined the call of becoming an environmental human rights defender after she was enraged by a mine in Carolina, Mpumalanga that was polluting an important water source used by her community.

“Anger pushed me to be an activist. I never dreamed of seeing myself [become] an activist,” Kakaza told Daily Maverick.

“I saw a lot of injustices, and I felt that my role was to amplify the voices of young people who stand for environmental justice. I am committed to amplifying the voices of those who are fighting to uplift their communities, to preserve their culture and protect their planet.”

The activist said the mine in her area had polluted the nearby river so much that people in Carolina had stomach problems after drinking the acidic water. Furthermore, fish in the river were dying and women who washed in the water contracted rashes on intimate body areas.

Carolina, Mpumalanga has 12 coal-fired power stations and 22 coal mines. Water pollution from those mines and power stations has also led to the community being unable to maintain community gardens and livestock.

Seeing the effects of the pollution on her community, Kakaza took it upon herself to first write about the issue on community platforms and to regulators, later launching podcasts to include the voices of her community and capture their reactions to the situation. She has since been invited for several training programmes to refine her skills, which she has gone on to use across the country through several other advocacy ventures.

Tackling injustices doesn’t come without its own troubles, as the activist found that her community was highly dependent on the power stations and mines for employment. Kakaza said that limited employment options created a “dependency syndrome” on the mines and power stations, which made it difficult to yield results from her work.

Although the mines were taken to court and ordered to compensate the community for the pollution, nothing had come of the ruling.

Caroline Ntaopane, a recent colleague of Kakaza for almost eight years in environmental and women’s rights activism, told Daily Maverick that Kakaza had always put her heart into her work. She said the activist was principled, caring, humble, disciplined and was a fast learner with a huge heart.

“Amongst other people, Lorraine has been the one that has proved to be the best with her energy and adapting to various situations,” Ntaopane, 43, said.

She said the community consisted of young and old and this was sometimes difficult to navigate. Often the division between community members wanting employment from the mines and those wanting to bring awareness to the mines’ environmental impact resulted in tension that Kakaza was at the forefront of resolving.

“Lorraine was able to navigate that, and also avoid such conflict or deal with them in a manner where she is able to resolve conflict in the communities,” Ntaopane said.

“There’s really no limit for Lorraine, when she really wants to do something, she will go all out!”

Kakaza wasn’t always involved in or aware of the consequences that came from the power stations and mines, even though her father worked at a mine and she went to school in Kriel, home to what was once the Southern Hemisphere’s largest coal-fired power station.

“I never knew anything about pollution until I grew up, but I would see those big [clouds of smoke],” the 33-year-old mother of “a handsome boy” said.

Ntaopane said that as a young woman and mother, Kakaza could have easily given up volunteer work and pursued more financially rewarding opportunities.

“But she committed herself to fighting for justice, especially for women in many communities,” the colleague said.

Kakaza only came to know of the issues around power stations and mines when she moved to Carolina and experienced the foul smell of the water and air pollution. Her curiosity made her explore the causes of this and she started her fight in environmental justice almost 10 years ago, abandoning her wishes to become a mechanical engineer — a career inspired by watching her father who fixed cars.

The 33-year old’s work is centred on advocacy in mining that involves land removals, violence, human rights, and water and land pollution. Kakaza has also been involved in supporting women-to-women development leadership roles, capacity building and training programmes in a society governed by patriarchy, some of which she also experiences.

“[One] of the challenges I face as a woman is that I don’t have [the power] to make/take decisions as we work in rural areas [where] women [are] seen as supposed to [only] do the house chores,” Kakaza said.

She said women bore the brunt of environmental injustice as they did not have access to water and energy sources, and were often the ones that had to walk long distances to fetch wood, warm the house, grow food for their families and carry out house chores that required resources such as water and energy — all while not having access to or ownership of land.

Kakaza said that patriarchy in Carolina was rife, and women were exposed to violence. Her questioning of decisions has resulted in her being called names and placed her life at risk. However, Kakaza is determined to achieve sufficient access to water and sanitation for her community, and more particularly for women and girls.

Outside of activism, Kakaza said she doesn’t do much, except for focusing on her entrepreneurial venture and reading.

“I’m a small entrepreneur… I sell face soap which I made on my own,” Kakaza said. She has been selling it for three months and learnt the skill in the initial lockdown of March 2020.

She also spends a lot of time reading as she is indoors most of the time, and enjoys motivational and self-help books.

“My dream is to be an author one day and talk about environmental issues and injustices… and how women are being treated in society,” Kakaza said. Alternatively, she would have her own blog where she could express the feelings of the environmental activism space. But for now, she’s determined to fight the good fight.

“This is where I am today… working with communities to make them see what I’m seeing… to stand up for their rights. To also make people aware that when there is a problem, this is how you deal with it.”

Although she has faced challenges, some of which include creating sustainable social justice movements, Kakaza believes that if there is powerful resistance from affected communities, her dream of seeing change will come true. DM/OBP

EcoMaverick: Lorraine Kakaza — an environmental activist on a mission to amplify voices of the marginalised