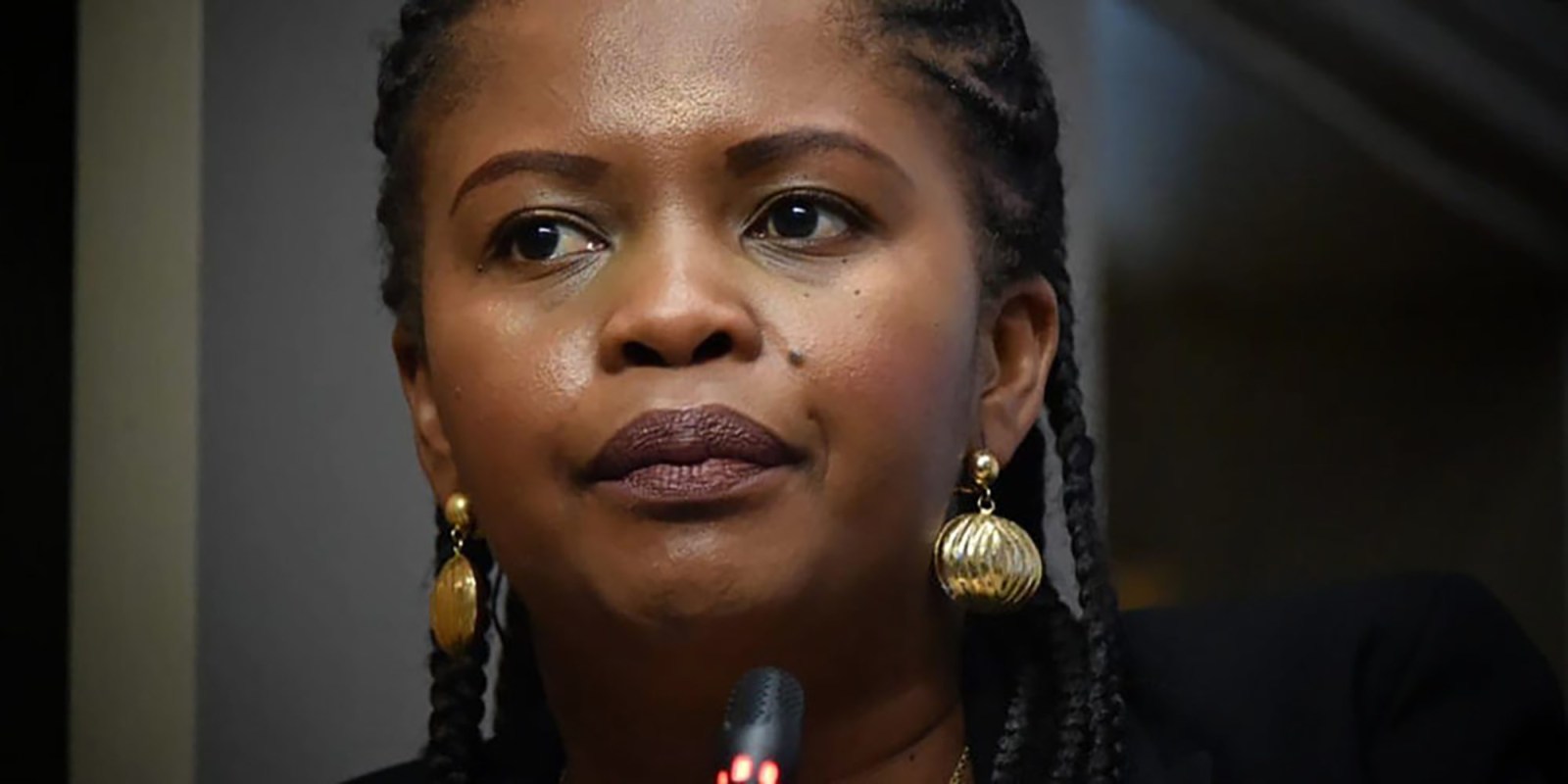 The Presidency has yet to confirm reports that spokesperson Khusela Diko has returned to office after a special leave of absence. Diko, through her late husband’s company, had been implicated in PPE tender irregularities in 2020 and faced an internal disciplinary process.

Presidency spokesperson Khusela Diko has apparently been “reinstated with a warning” after taking a special leave of absence in July last year following allegations that her now late husband, King Thandisizwe Madzikane II Diko was involved in a R125-million PPE tender scandal with the Gauteng Department of Health.

A News24 report quoted Diko as confirming her reinstatement, saying she “noted and welcomed the outcomes of the disciplinary processes undertaken by the presidency”.

In January, the Presidency announced that Diko would face an internal disciplinary process following concerns by the Special Investigating Unit (SIU) over a lack of financial disclosures.

Daily Maverick tried contacting Diko on 31 August 2021, but she declined calls and did not respond to text messages. The Presidency is yet to formally confirm her reinstatement and outcomes from the disciplinary proceedings.

Diko was cleared by the ANC’s national disciplinary committee along with former Gauteng Health MEC Bandile Masuku in May this year.

She had initially been found guilty of bringing the party into disrepute and was ordered to step aside from her position as a member of the party’s Gauteng provincial executive.

“If it is true that Diko has been reinstated, it will be an indictment on President Cyril Ramaphosa and his government. It sends a clear message that the President is soft on those close to him who are implicated in serious allegations of impropriety,” said Malatsi in a statement on Tuesday.

Referencing comments by Minister in the Presidency, Mondli Gungubele saying he was unaware of the results of the disciplinary proceedings, Malatsi cast aspersions on the “veracity of Diko’s claims” that she could return to work as well as “transparency around the disciplinary process — if it even took place or whether it had been concluded”.

David Lewis, director of Corruption Watch, echoed Malatsi’s calls for transparency. “It’s weird that there has been no explanation, given these were significant corruption allegations,” he told Daily Maverick.

Diko told News24 she was “appropriately sanctioned for failing to disclose companies — with no financial interests — that (she) had either resigned from or were inactive.”

Her late husband’s company, Royal Bhaca Projects was not only implicated in the R125-million tender debacle but was also linked to the company Digital Vibes.

Her husband, Chief Thandisizwe Diko II, died after a short illness in February.

About R90-million from the R150-million Digital Vibes received suspiciously from the Department of Health was channelled to third parties, including the late king’s business.

Diko is currently on maternity leave after the birth of her child. Tyrone Seale has been acting presidential spokesperson since Diko took leave.

UPDATE: The Presidency’s Mondli Gungubele, in response to initial publication of this story, said: “The Presidency has completed a disciplinary process against Presidency spokesperson Ms Khusela Diko for her failure to disclose her interests in certain companies as required by public service regulations on the disclosure of financial interests.
“Following the disciplinary process, Ms Diko has been served with a written warning for this offence.
‘The action taken by the Presidency management was in compliance with a recommendation by the Special Investigating Unit (SIU) that Ms Diko be disciplined for her failure to disclose certain interests. This recommendation arose from an SIU investigation into government’s procurement of Covid-19 personal protective equipment.
“Ms Diko, who is currently on maternity leave, will not return to the position of spokesperson to the President but to a different position in the public service.
“Mr Tyrone Seale will continue as acting spokesperson to the President.”