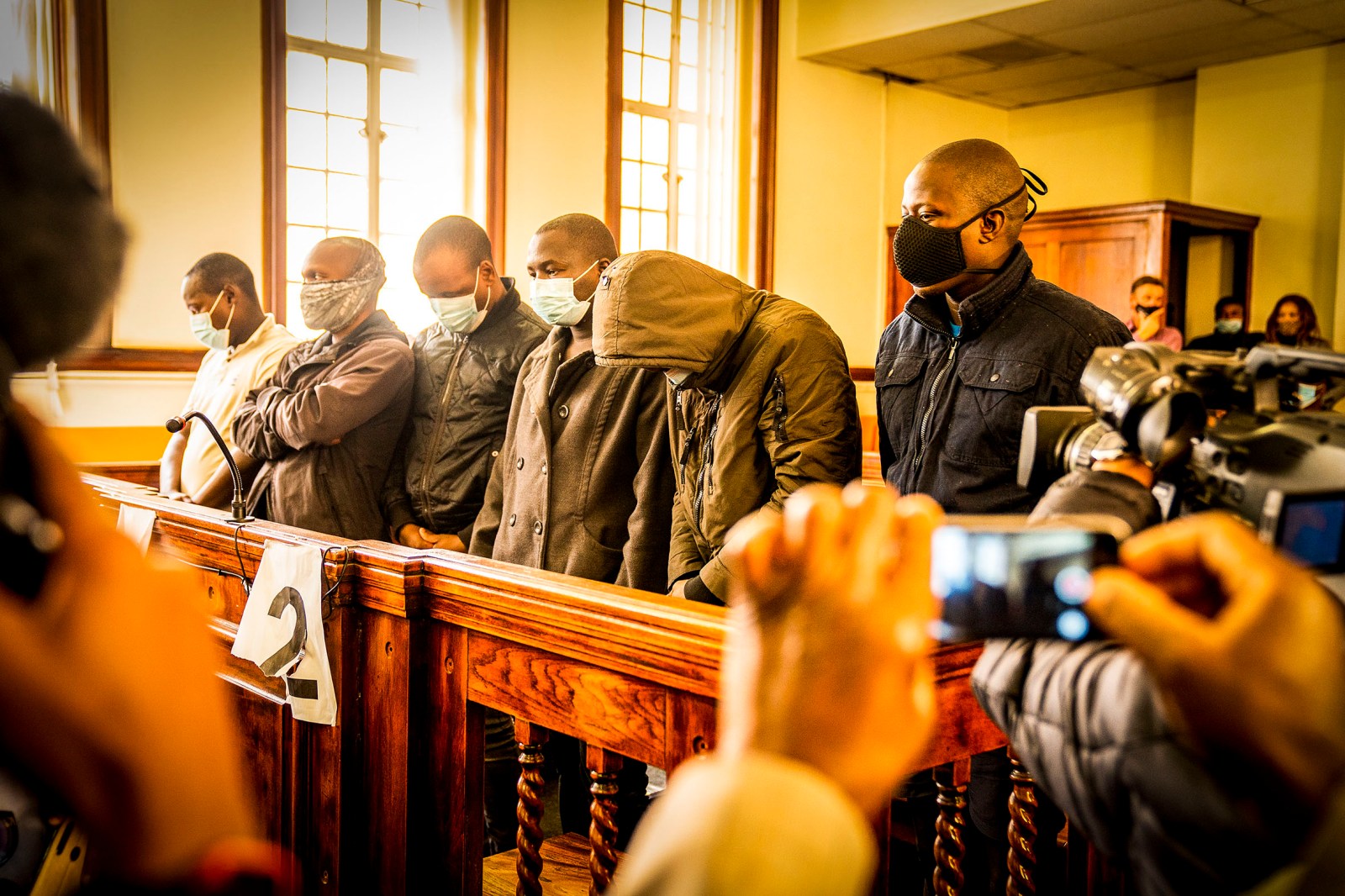 The State is confident it has a prima facie case against six suspects accused of murdering Gauteng health department official Babita Deokaran.

It emerged on Monday that a person who was with Babita Deokaran in her vehicle on the morning she was gunned down a week ago is a key witness.

The protection of this witness is crucial as the individual was able to identify Deokaran’s killers. An affidavit of what transpired on Monday, 23 August, is now one of the State’s trump cards.

Evidence will be led in an attempt to convince the court that it would not be in the interests of justice for the six accused to be released on bail.

On Monday, the alleged hitmen — all from KwaZulu-Natal — briefly appeared in the Johannesburg Magistrates’ Court. Charges against a seventh accused were provisionally withdrawn pending further investigation.

Gauteng Hawks spokesperson Captain Carol Mulamu confirmed that evidence did not directly link the seventh suspect to the apparent hit, hence the provisional withdrawal. However, if further investigations tied him to the murder, charges would be reinstituted.

The charges of murder, attempted murder, conspiracy to commit murder and the illegal possession of a firearm and ammunition were read out to the six accused: Phakamani Radebe, 29, Sanele Mbele, 25, Mazibuko Simphiwe, 24,  Zitha Radebe, 30, Phakanyiswa Dladla, 25 and Nhlangano Ndlovu, 25. The men were nabbed in the early hours of Friday, 26 August, at two properties in Rosettenville, Gauteng.

The charges against them arise from the cold-blooded murder of 53-year-old Babita Deokaran, a senior employee at the Gauteng health department. She was gunned down execution-style shortly after 8am on 23 August outside her home in Winchester Hills, Gauteng. The killers had waited for her to stop in front of her home, firing several shots into her car. The single mother died in hospital.

Deokaran was one of several witnesses in a Special Investigating Unit (SIU) probe linking prominent business and political figures to PPE corruption at the health department.

An SIU file containing Deokaran’s affidavit was handed to the Hawks earlier this week. Gauteng National Prosecuting Authority (NPA) spokesperson Phindi Louw did not divulge any information relating to the file and said the affidavit was part of the evidence the State would present to the court.

On allegations that one of the accused had made a confession, Louw said: “The confession forms part of the statements that will be ventilated in a court of law. The evidence we have will be led in court and the NPA is not in a position to reveal what the prosecution has in their possession.”

Louw also confirmed that none of the six accused was employed in a government department.

Elaborating on the investigation, Mulamu said it was at “a sensitive stage” and that the Hawks were hunting for more suspects. She said further arrests were imminent.

Both the NPA and the Hawks kept their cards close to their chest and were reluctant to divulge any information that might jeopardise the investigation.

This was underlined by Louw shortly after the six accused made their brief court appearance. She said all sensitive information would come to the fore when the State opposed bail.

“We cannot confirm the total number of suspects investigators are looking for, but we understand that more suspects will be brought into court,” Louw said.

Deokaran was seemingly killed for being a whistle-blower and witness in the SIU investigation. Those who ordered the hit are reportedly still at large.

The NPA and Hawks have now placed extra emphasis on protecting the identity of witnesses who fear reprisals.

At this juncture, the prosecution will hand in affidavits linking the six accused to the crime, indicating that they were hired hitmen, part of a syndicate, who received payment for the killing; that the murder was premeditated and that the group had acted with common purpose, which was to eliminate Deokaran.

The prosecution will argue that it is in the interests of justice that the six accused should not be released on bail. The accused’s lawyers will argue differently.

The bail hearing will be heard on Monday, 13 September in the Johannesburg Magistrates’ Court. DM/MC