(Bloomberg) --North Korea may have resumed operations at its plutonium-producing Yongbyon nuclear reactor in the past few months, the United Nations atomic watchdog said, a move that could help Kim Jong Un’s regime add to its stockpile of fissile material.

For the first time in about three years, it appears there were operations of the five megawatt reactor at North Korea’s Yongbyon nuclear complex, the International Atomic Energy Agency said in a report released over the weekend. “Since early July 2021, there have been indications, including the discharge of cooling water, consistent with the operation of the reactor,” it said, calling the move “deeply troubling.”

“The continuation of the DPRK’s nuclear program is a clear violation of relevant UN Security Council resolutions and is deeply regrettable,” the agency said, referring to North Korea by its formal name. The developments focus some attention back on North Korea’s atomic ambitions at a time President Joe Biden’s administration is battling a crisis in Afghanistan.

The Yongbyon nuclear complex, which has served as the crown jewel of North Korea’s atomic program, is an aging facility about 100 kilometers (60 miles) north of Pyongyang that once was the only source of its fissile material. It churned out roughly enough plutonium each year for one atomic bomb.

Since then, North Korea has used uranium enrichment as the main source of fissile material for weapons, with nuclear experts saying the state can produce enough weapons-grade material for at least six nuclear bombs a year.

“The announcement by the IAEA isn’t a surprise — lots of groups have reported on the ongoing activity at Yongbyon — but the official confirmation reminds us that North Korea never stopped making nuclear weapons,” said Jeffrey Lewis, director of the East Asia nonproliferation program at the Middlebury Institute of International Studies at Monterey.

Intelligence agencies and outside analysts have been watching developments at Yongbyon for years through satellite imagery. North Korea kicked out IAEA inspectors more than a decade ago due to political rancor.

First constructed in 1979, its reactor has produced little electricity, but supplied the plutonium and research facilities needed for North Korea to test its first atomic bomb in 2006. Restarting the reactor’s operations could aid in the production of tritium — a radioactive isotope of hydrogen used to boost the yield of nuclear weapons.

“By choosing an easily detectable move, resuming plutonium-related activities could be more politically motivated to incite alarm and try to sell only Yongbyon again in future negotiations with Washington,” said Duyeon Kim, an adjunct senior fellow in Seoul at the Center for a New American Security.

North Korea offered to shut down parts of the Yongbyon complex in exchange for sanctions relief at a summit between then President Donald Trump and leader Kim in February 2019. But Trump walked out of the meeting in Hanoi, saying Pyongyang was asking for too much and offering too little in return.

Despite three meetings between Trump and Kim, North Korea made no moves to wind down its nuclear program, or slow the production of missiles capable of carrying nuclear warheads to the U.S. mainland. While the talks sputtered, Kim added to his weapons arsenal, increasing his leverage if discussions resume under Biden.

Biden’s team has told Pyongyang the door is open for talks and indicated it could offer economic incentives in exchange for disarmament steps. But Pyongyang has splashed cold water on the prospects of a quick resumption of dialogue, despite facing what appears to be one of its worst food shortages in years and an economy that has been slammed by sanctions and Kim’s decision to shut borders due to the Covid-19 pandemic. 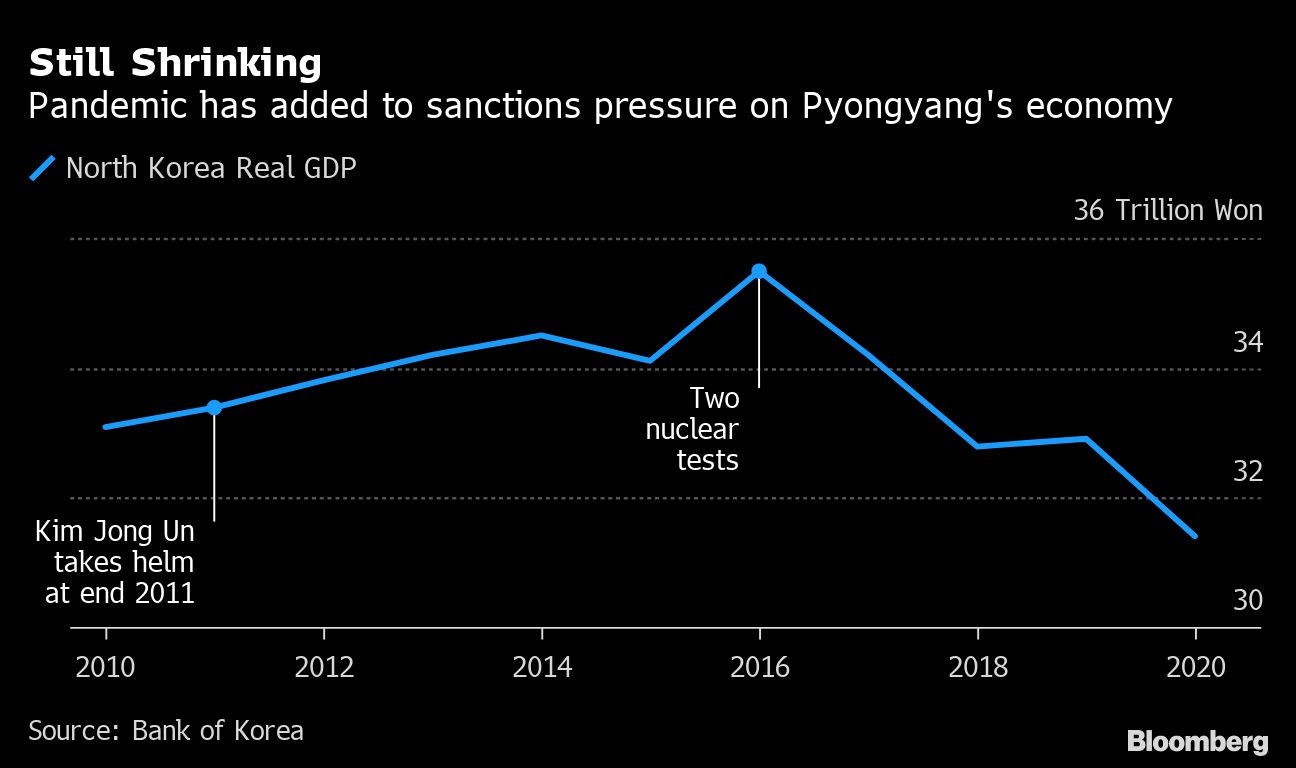 A senior Biden administration official said the White House is aware of the IAEA report on North Korea, adding it underscores the urgent need for dialogue and diplomacy to help achieve the complete denuclearization of the Korean Peninsula.

Siegfried Hecker, a professor emeritus at Stanford University and one of the few American scientists who has participated in inspections of North Korea’s main nuclear facilities, including Yongbyon, said late last year the reactor has not operated since late 2018 probably due to technical reasons that could include problems with its cooling system.

He has said sanctions appear to have had little, if any, effect in slowing down North Korea’s drive for fissile materials and nuclear weapon production.

The move with Yongbyon likely marks an end to a slowdown at the facility that coincided with the summitry between Kim and Trump, said Ankit Panda, the Stanton senior fellow in the Nuclear Policy Program at the Carnegie Endowment for International Peace.

Bill to Punish China Over Uyghur Oppression to Get House Vote