Afghanistan: What the conflict means for the global heroin trade 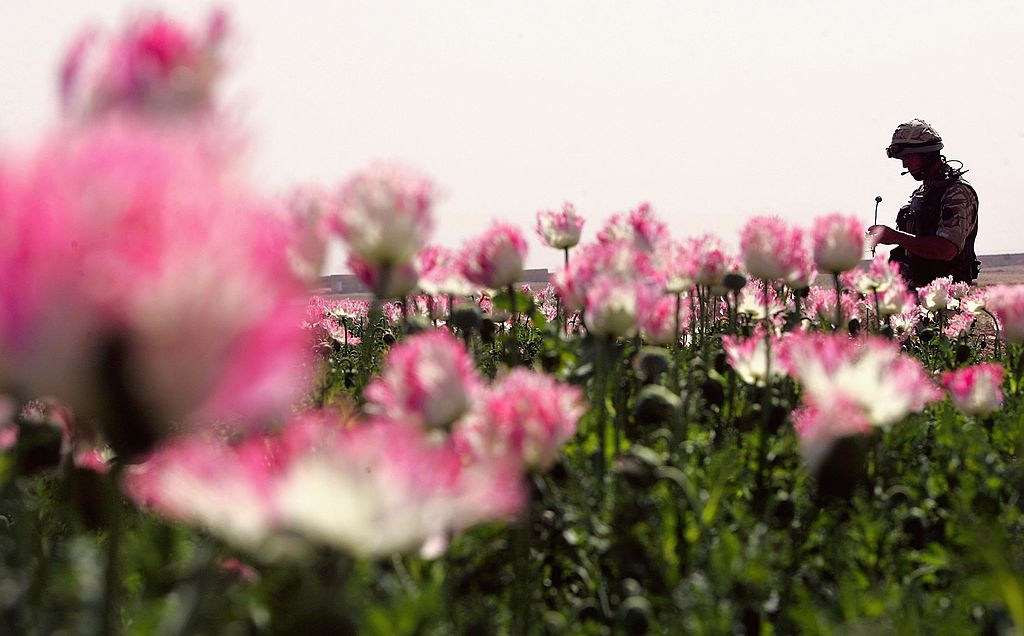 The long war in Afghanistan reached a potential watershed on August 6 when Taliban fighters took over Zaranj, a dusty frontier town with a population of some 63,000 on the Afghan-Iranian border. Though geographically and politically marginal, Zaranj was the first provincial centre to fall during a month of rapid advances.

In the preceding weeks, the Taliban’s advances had been largely confined to the countryside, taking control of more than half of the country’s 421 districts. But emboldened by these successes and the plummeting morale of the Afghan armed forces, the Taliban turned to major population centres. Since their breakthrough in Zaranj, they have taken over nearby Farah and seven other provincial capitals in the north.

The speed and success of this offensive has taken many by surprise, but the balance of power has shifted since the 2020 agreement between the US and the Taliban, which committed the US to withdraw its troops from the country. This has been aided by Pakistani support for the Taliban, as well as the Afghan government’s release of 5,000 imprisoned Taliban fighters, a condition of the US-Taliban agreement. Subsequent peace talks, supported by international and regional powers, have failed to stem the recent violence or come up with a credible peace plan.

But while most commentary has focused on this ailing peace process and the military dimension, far less has been said about how economic factors are shaping unfolding events, including the trade in opium and heroin.

This takes us back to Zaranj. It is not coincidental that the Taliban has focused on border towns, since these have huge importance economically, which translates into military and political advantage. The Taliban now control some ten international crossing points. In addition to Zaranj, they have Spin Baldak, a gateway to Pakistan; Islam Qala, the main crossing point to Iran; and Kunduz, which confers control of the routes north to Tajikistan.

The importance of these trading cities has been demonstrated by recent history. When the warring factions in Afghanistan stopped receiving military and financial aid mainly from the Russians and Americans after the Russians withdrew in the late 1980s, control of trade became very important. This included the drug economy, which expanded massively from the early 1990s.

This is playing out again. In the 1990s, for example, Zaranj was a wild west kind of place that grew as an illicit trading hub, drawing on longstanding cross-border connections between Baluch tribes who specialised in smuggling fuel, drugs and people. Similar activities continue there today: opium and heroin, derived from the poppy fields of Farah and Helmand provinces, are smuggled across the border, alongside the booming business in human trafficking.

Yet Zaranj has also become a gateway town for legitimate trade, including in fuel, construction materials, consumer goods and foodstuffs. Located on a key corridor connecting Kabul to the Iranian port of Chabahar, the Afghan government has invested in roads and border infrastructure as part of a wider effort to cement relations with Iran and decrease its dependence on trade with Pakistan. This mix of licit and illicit trade has unlocked inward investment and attracted a growing population from surrounding areas, as well as being an important source of tax.

Across the country, import duties account for around half of the Afghan government’s domestic revenue. Islam Qala alone generates more than US$20 million (R298 million) per month. So taking control of these key crossing points fills the Taliban coffers while denying the government an important source of revenue, at a time when external funding from international donors is declining.

The Taliban now control many of the key parts of the economy – the main poppy-growing regions, as well as markets and trading routes to Pakistan, Iran and Tajikistan – enabling them to systematically tax different points along commodity chains.

Control of borders also enables the Taliban to impose economic restrictions on imported goods such as petrol and gas, providing them with further leverage over Kabul. Disruption to the flow of imports and exports has already affected the prices of fuel and foodstuffs. Housing rents in Kabul have gone up in recent days, with many of those displaced by the recent fighting seeking accommodation in the capital. At the same time, property prices have plummeted as desperate Kabulis seek to sell up and leave the country.

In 2020 according to the latest survey from the UN Office on Drugs and Crime, there was a 37% increase in the amount of land allocated to poppy cultivation. This was linked to a range of factors including political instability and conflict, devastating droughts, high seasonal floods, the declining international funding and employment opportunities. This is likely to continue as the structural drivers of the opium economy – armed conflict, poor governance and widespread poverty – are all moving in a negative direction.

In both the countryside and the border towns, the opium economy provides an important lifeline for Afghans, many of whom were already living through a humanitarian crisis. The uptick in conflict comes as the severe drought has driven up food prices, while there has also been a surge in the delta variant, and some 360,000 people have been displaced since the start of the year in response to all the trouble in the country.

Whichever scenario plays out – a Taliban victory, a civil war or a negotiated settlement – there is unlikely to be a transformation of Afghanistan’s illicit drug economy any time soon. Both the Taliban and government make pronouncements about addressing illicit drugs, but the underlying drivers remain too strong.

The drug trade is simply too deeply embedded in the accumulation and survival strategies of the Taliban, the state, the militias currently being stood up to fight the Taliban, and the wider population. This will unfortunately drive the global heroin market, as well as feeding the growing drug problem within Afghanistan and neighbouring countries. DM/ML

Jonathan Goodhand is a Professor in Conflict and Development Studies, SOAS, at the University of London.

Just this one Christmas: Covid and the pain of being apart