A Covid mask may hide the smiles of Paralympians, but it can’t muffle their laughter 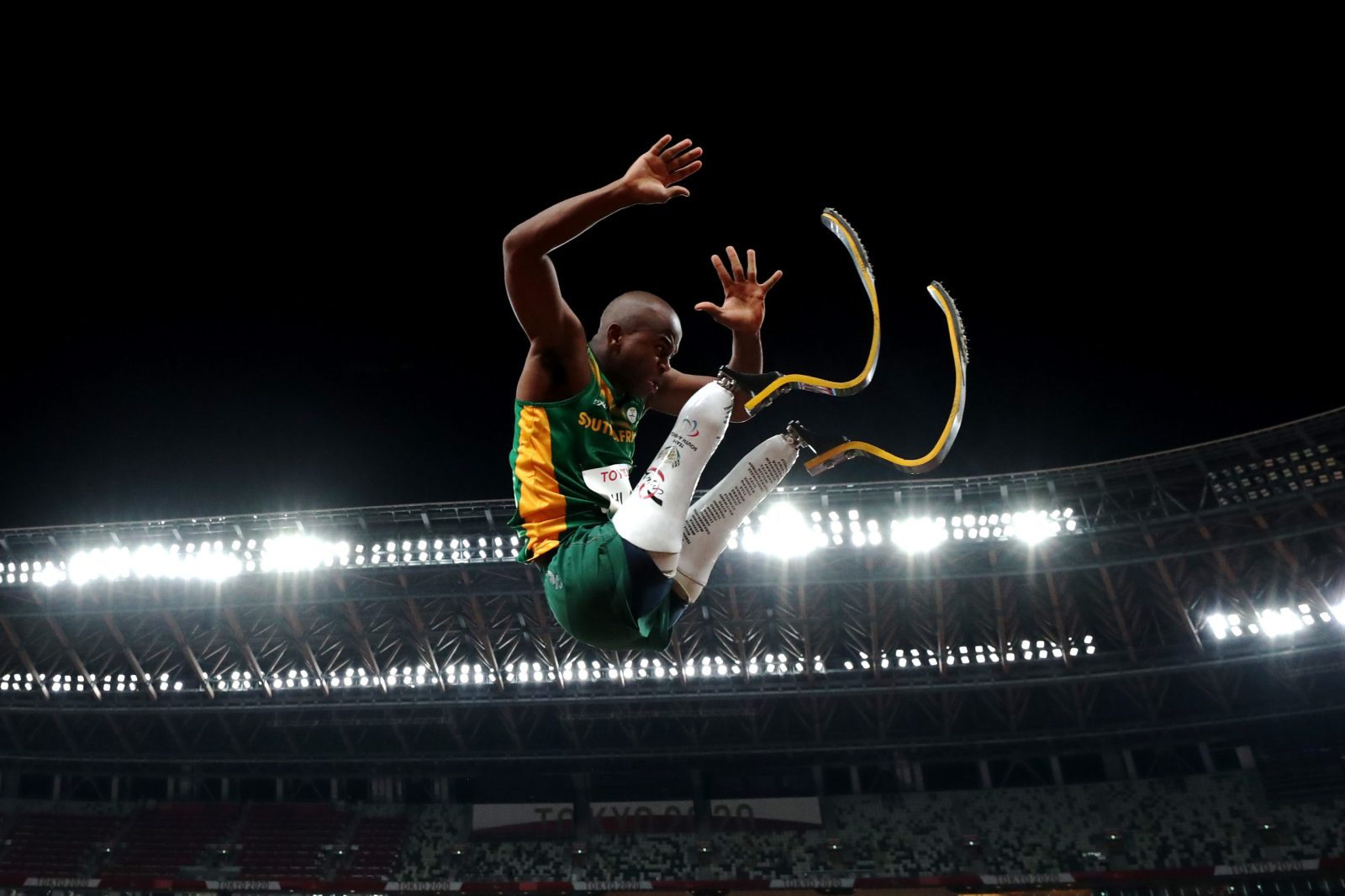 If a Paralympian is indeed ‘different’ from an Olympian, it’s because their unquenchable joie de vivre is unmatched.

On the third day of staying in the Paralympic village bubble “it” finally dawned on me.

“It” wasn’t the sheer visual aspect of the 4,000-plus Paralympians with disabilities all in the same environment of towering 17-storey apartments and surrounded by a 4km perimeter fence.

Admittedly, that is the initial and most common conclusion of the difference between life in the same village for the Olympics and the Paralympics.

But it’s not that, despite every one of the 4,000 and more Paralympians having a blockbuster background tale. Team SA’s athletes are no different. They share the same hardships, which helps them to share a camaraderie.

In Shaun Anderson’s case, he lost his left arm in a 2004 motorbike accident and then in 2017 he was paralysed from the waist down in a boating accident. When he was discharged from hospital he returned home to see his house in flames.

Fellow archer Philip Coates-Palgrave lost his left leg after being attacked by a hippo in the Zambezi River.

Table tennis player Theo Coghill was 24 when he tried to stop a fight in the street and was stabbed in the neck and back, which left him paralysed.

Multiple javelin medallist veteran Zanele Situ went into hospital at the age of 11 and when she left three years later it was in a wheelchair.

Even Team SA delegation leader Leon Fleiser has spent the past 30 years in a wheelchair after being shot in a nightclub.

Others, such as Ntando Mahlangu, were literally born into a Paralympic world, in his case with a condition called hemimelia, which meant his legs didn’t fully develop below the knees and were amputated. He might yet turn out to be one of the movement’s biggest stars.

Then there is the adopted American Haven Shepherd. She was 14 months old when her Vietnamese parents strapped her to them and wrapped themselves in a bomb. Her parents were killed and she survived. “You always have to look at the positives of life: I know I had a really bad circumstance, but I got out, I got that second chance.”

Egyptian table tennis player Ibrahim Hamadtou created the latest headlines and “viral” content when he did what is now “normal” to him – playing with the bat in his mouth and tossing the ball up in the air with his right foot when serving, after having both arms amputated at the age of 10. “It was quite difficult playing table tennis after the accident,” he recalls. Say what? “Quite difficult”?

After a short while though, the visual aspect becomes normal. Which is how every Paralympian wants to be regarded.

But it’s not that. It’s something else, something intangible. Then, three days into village life, once I was fully adjusted to this “new normal”, I knew what “it” was.

The 24-hour dining hall in the village, for instance, isn’t nearly as busy as it was for the Olympics. But it’s still a hive of activity, with new friendships being formed, which goes to the heart of what the Olympic and Paralympic movements are all about.

That’s not to say there’s a party atmosphere. Far from it. Paralympians are as competitive and driven to succeed as much as any Olympian. For many, even more so.

But, now that I’ve stumbled upon what sets them apart, it’s hard to escape. And when you look around, and listen to some of the stories, you begin to understand why there’s so much laughter, so much camaraderie. Many are here having a second, or third, shot at life – and they’re representing their country at the Paralympics.

The Covid masks might hide their smiles, but they can’t muffle the laughter.

South Africa’s leading gold medal hope in the women’s 400m, Anrune Weyers, said that, although these Paralympics were unique, in that there were no spectators allowed at most venues, and no family or friends could travel to Tokyo to share in the experiences, she was grateful that the Games had gone ahead.

Consciously or not, she used the words  “celebrate” and “embrace” a lot in the conversation, and that, almost in a nutshell, is what Paralympians are about. They are here to celebrate and embrace the occasion.

When Team SA’s track and field athletes were handed their vest numbers in the squad’s “chill area” outside their apartment block, they got together for a photo afterwards. The person holding the phone taking the pic said: “Can everyone see me?”

A voice immediately shot back: “No.”

It was Louzanne Coetzee, the 28-year-old 400m runner and marathoner. She was born blind.

The entire group, as one, spontaneously laughed with her. And if a Paralympian is indeed “different” from an Olympian, it’s because their unquenchable joie de vivre is unmatched. DM168