Sundowns are desperate for their first MTN8 title 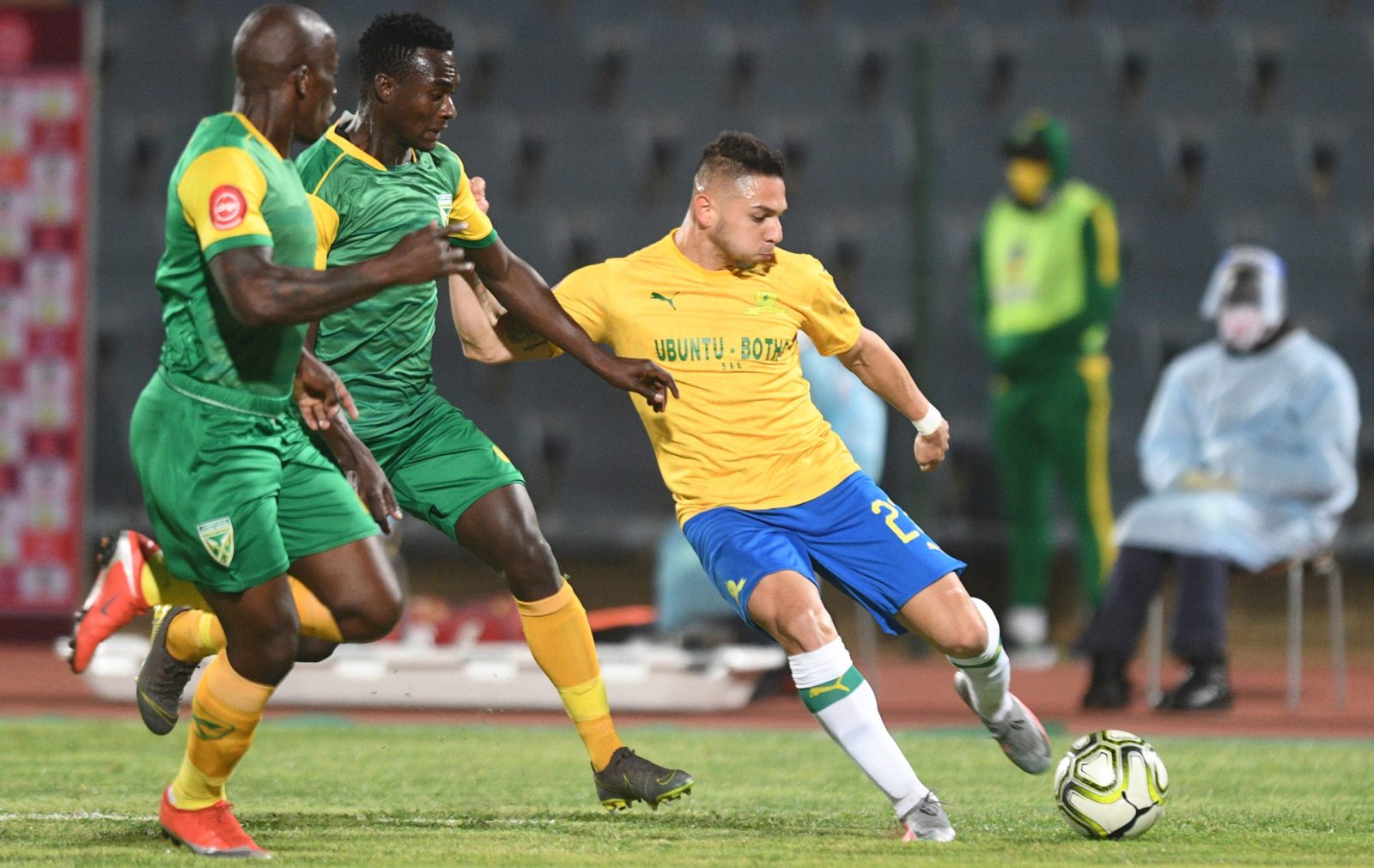 As the two-legged MTN8 semifinals kick off, Mamelodi Sundowns seek to take control of their tie against Golden Arrows and past-winners Cape Town City try the same with Swallows.

Mamelodi Sundowns are in desperate pursuit of the only trophy they have yet to lift in an almost decade-long streak of dominance in South African football.

Masandawana have won every domestic competition available to them since 2012, including six league titles, two Nedbank Cups and two Telkom Knockouts. However, the MTN8 has proved elusive for the Chloorkop side.

The last time they won the top eight competition was when it was still known as the SAA Top 8 back in 2007. Their semifinal opponents then, Lamontville Golden Arrows, have succeeded where the Tshwane giants have failed – even if only once.

Sundowns’ other co-coach Rulani Mokwena said his side will be wary of Abafana Bes’thende, who are still riding on the coattails of a historic 2020/2021 season, which saw them finish in fourth place in the DStv Premiership, their highest placing in a top-flight season.

“It’s not easy [to prepare], traditionally Arrows have had a very distinctive way of playing, and I think it’s synonymous with how they are known as Abafana Bes’thende, they play with a little bit of exuberance and play a little bit off the cuff,” said Mokwena.

“They’ve got a very good team and a very good coach with a good assistant. They counter-press well and their fullbacks are very important; they average about 18 crosses into the box, so it’s a team where we know what to expect. But controlling that is the most difficult thing in football.”

It will be the second meeting between the two sides in the MTN8, following a quarterfinal clash in 2018 that saw Sundowns run out comfortable 2-0 winners.

Since the 2021/2022 season began, Masandawana haven’t been the smooth-running machine they have been in recent campaigns. So Arrows will head into the tie with a spring in their step – despite the contrasting quality and depth in terms of playing personnel.

Mokwena said his side were aware they are yet to play their best football, but added that a gradual build-up was all part of the plan.

This season the Chloorkop outfit has played three, won two and drawn one. This included a 2-1 penalty victory in the quarterfinals over Kaizer Chiefs.

“Going into the Chiefs match we anticipated that it would take us five or six games before we hit top gear. Our performances so far have shown that we were correct.

“We are trying to work in a very systematic way and trying to be a bit scientific about how we go about the season because our form guide informed us that, after a good start, we had a dip in form towards the end of the season. To try and find a little bit more consistency, we altered the way we were working,” Mokwena said.

The second semifinal will see Cape Town City and Swallows face off in what should be an evenly balanced contest.

Last season’s two league matches were the first time these teams had ever met in any competition, with City being formed ahead of the 2016/17 season and Swallows returning to the top flight in 2020/21 after five years in the GladAfrica Championship and ABC Motsepe League.

The first meeting between the sides finished 3-2 in favour of Swallows, with forward Ruzaigh Gamildien bagging a brace for the Birds and midfielder Mduduzi Mdantsane netting twice for City. It was a feisty fixture, with a penalty for each side and both teams finishing the game with 10 men.

Swallows won the MTN8 competition in its current guise back in 2012, before their plunge to the lower tiers of South African football. The Soweto side made an impressive comeback to the top level last season, finishing in the top six after only two losses, eight wins and 20 draws.

Coach Brendan Truter said he and his players were keen to add their own page to the Birds’ lengthy history book.

“Certainly, from where we came from and how we got here, 2012 was a long time ago. Now we are writing a new chapter. This is our second season (back in the top flight) and we should be winning things. But we still have to get to the final and past a tricky opponent in City. Let’s get past the semifinal first,” said Truter.

Both semifinals will be played over two legs with the return legs set for the weekend of 28 September. DM