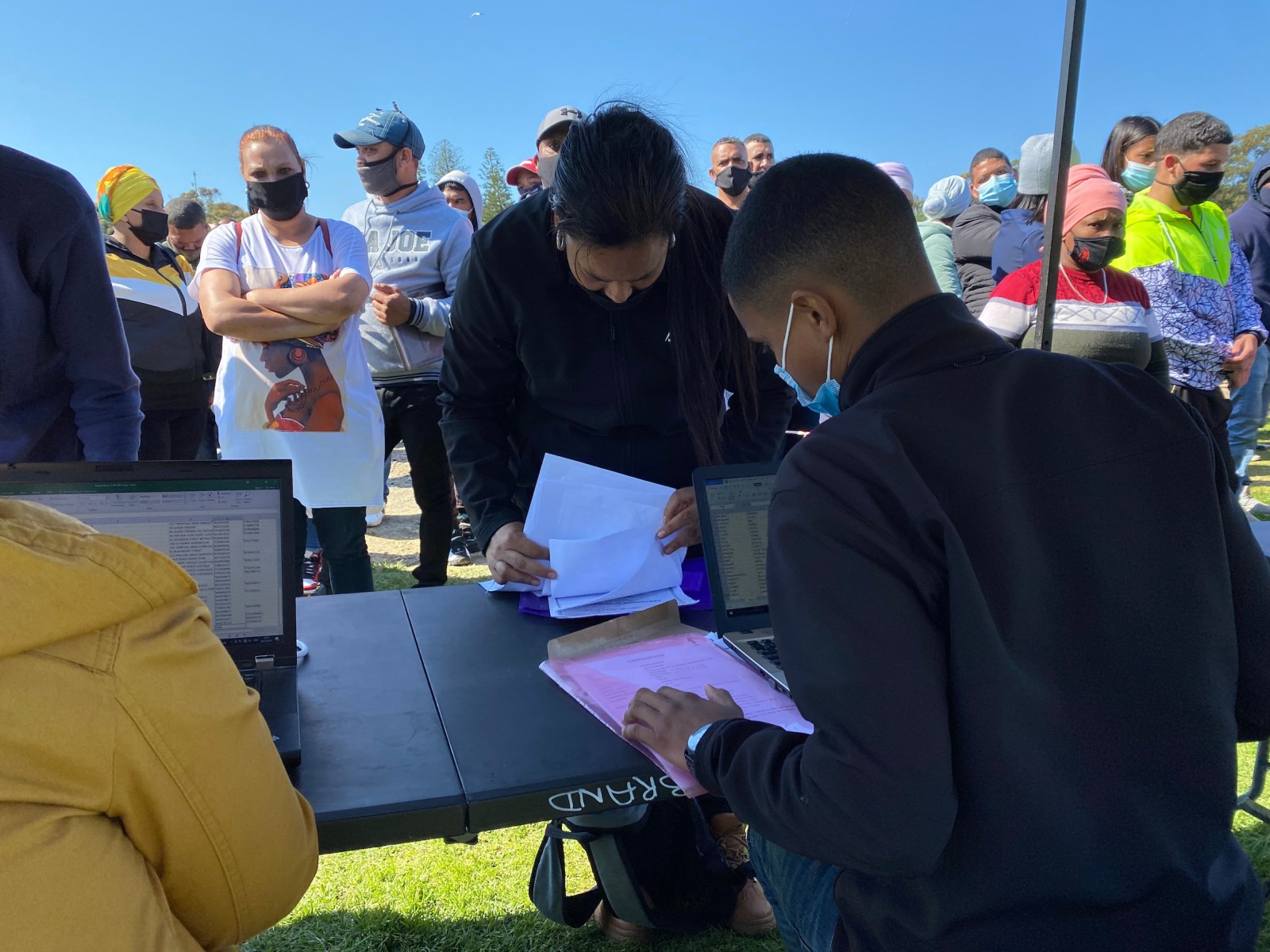 Hundreds queue at River Club development in the hope of getting work.

Hundreds of job seekers queued on Wednesday at the River Club in Observatory, Cape Town in the hope of a job in the controversial development, which is set to include giant online retailer Amazon.

The job seekers said they heard from family and social networking sites that a recruitment drive was taking place.

Figures from Stats SA released this week showed South Africa’s unemployment rate had climbed to 34.4% in the second quarter of the year, compared with 23.3% in the same period last year. Using the conventional method of measurement – taking into account only those seeking jobs and not those who have given up looking – the number of unemployed people climbed from 4.29 million to 7.8 million over the year.

At the River Club on Wednesday, volunteers from the Cape Khoi Labour Forum captured the job seekers’ details on their laptops in tents on the lawn.

The proposed R4.5-billion development has attracted fierce opposition from civic associations who believe it is inappropriate on land seen by many as the first site of colonial dispossession by the Dutch, where the Khoi were forced from their ancestral grazing lands. However, the First Nations Collective supports the development.

Milan (24), who works in the tow truck industry, was among the job seekers. The father of a girl aged six, said he wants to quit working in industry because there is a lot of gang violence.

“There is a lot of… fighting over territory and stuff like that,” said Milan.

On Tuesday night his uncle had told him about the River Club redevelopment and possible work opportunities.

“I was excited. What came into my mind is to do something different and learn new things,” he said.

Charnay Classen (29) lives in Kalksteenfontein near Elsies River. She is a single mother of three and has been unemployed since the Covid-19 pandemic started. She says she heard from a friend that there were work opportunities at the River Club and so she woke up very early on Wednesday and arrived at the club at 7am. She was still there at 2pm.

When she arrived there were already long queues.

She said there is high unemployment in Kalksteenfontein. “This is an opportunity to get a job to be independent and have a stable income. I live with my parents.”

Cape Khoi Labour Forum member Deon Samson said the forum hopes to link people from poor communities to work opportunities. He said Wednesday’s exercise was not to offer jobs but to collect names of people who could potentially find work opportunities at the River Club redevelopment project.

Samson said that by 7.05am on Wednesday he had already captured 300 people on the database and by 2.07pm there were 726 names. DM