A shot in the arm for a shot at gold: SA medal ‘banker’ Anruné Weyers embraces Tokyo opportunity after Covid scare 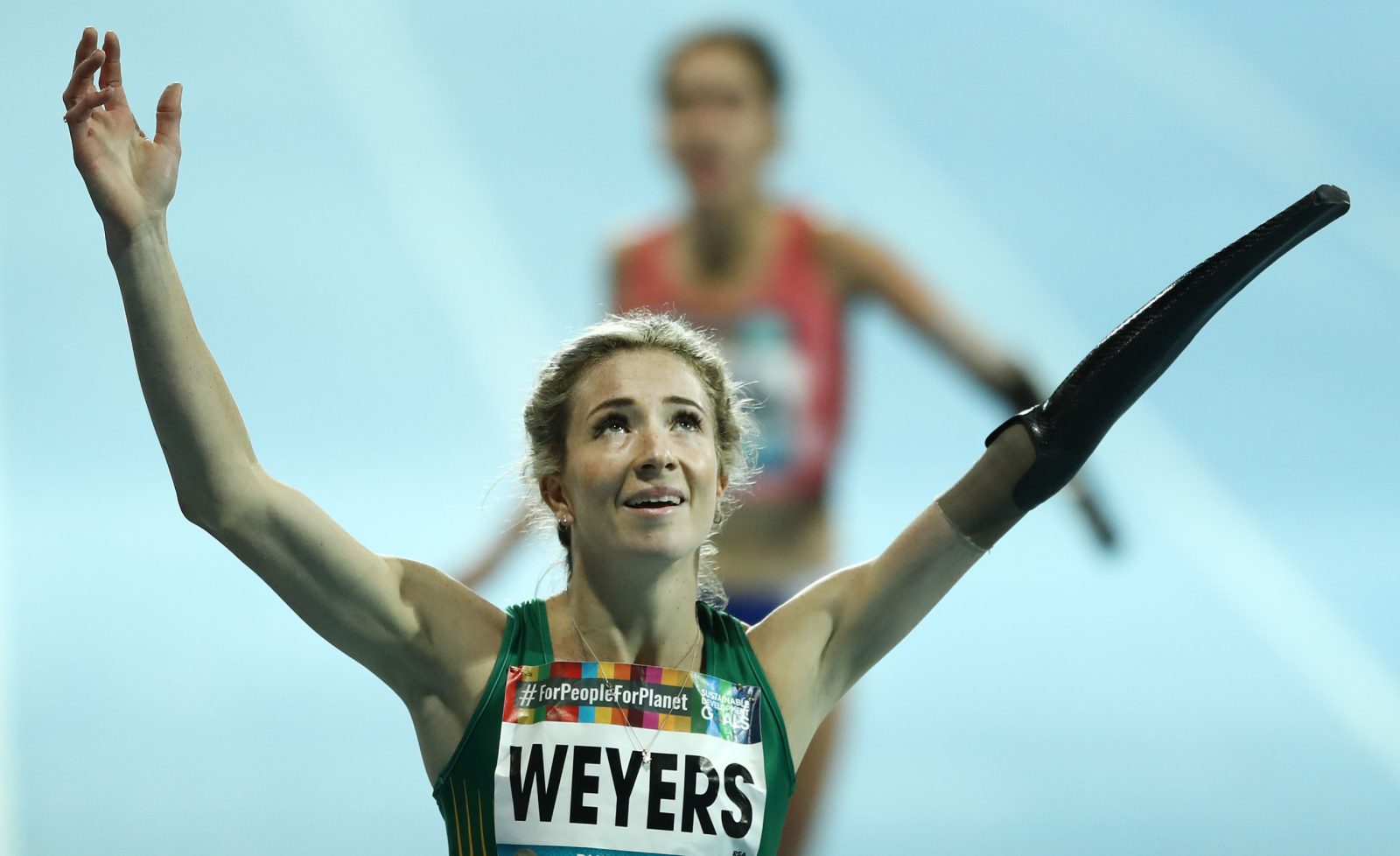 Medal hope Anruné Weyers is competing in her final Paralympics. Just getting to Tokyo has been a challenge but once it’s over she wants to inspire people to move.

Anruné Weyers uses an analogy to describe what being at her third and final Paralympic Games is like. “You can’t expect a lucky packet to be overfull. It can only hold so much and give so much, but we need to be grateful that we’re still receiving.” In other words, there’s still more to come out of that lucky packet.

Weyers, the 28-year-old world champion over 400m in the T47 class and silver medallist from Rio 2016 over that distance, and one of Team SA’s “bankers” for a medal, is at the Tokyo 2020 Paralympics for a reason.

And she is here to embrace whatever that is. “Yes, we chose a word before coming here and that is ‘embrace’. The mere fact that I’m here is nothing short of a matter of celebration. Because, a month ago I honestly had doubts about making the Paralympics.”

That doubt did not come from her form or her times, where she is gold medal favourite in the 400m and in the “anything can happen” category in the 100 and 200m.

No, her hopes were hanging by a thread after she and fellow 100m, 200m and 400m hopeful Charl du Toit were diagnosed with Covid-19 on 13 June. It also made her thankful that she was part of the Team SA squad who were offered, and accepted, the Johnson & Johnson vaccine in May. What it did was allow her to send a message to the anti-vaxxers.

“If you’ve experienced Covid, or you’ve had someone close to you having had it, then you’ll definitely consider getting vaccinated,” Weyers says. “For me, knowing that I had been jabbed and still developed quite severe flu symptoms and struggled to breathe, I was relieved that I had got the vaccine.

“If I hadn’t had the vaccine, I wouldn’t be here. I was grateful that I had it… it gave me peace about surviving. A month ago, I’d all but resigned myself to not coming to Tokyo. Just being here and healthy and not thinking about my lungs and my heart helps to ease things.

“If Covid hits close to home and someone who has had it has a name, be it a sister, brother, father, mother, husband, wife, hopefully the anti-vaxxers will reconsider. They must trust science and that God guided the scientists to use their gift to get the vaccine so we can all start getting on with things.”

As much as Tokyo 2020 was delayed by a year, the Olympics and these Paralympics will forever have an asterisk next to them. They’ll be known as the Covid Games and in the not-too-distant future Hollywood will be cashing in on the theme as well.

So, Weyers is honest as to where she is right now. “You can say that I’m 95% of where I want to be, but that doesn’t mean that I’m not capable of ‘bringing it’. I’m here to produce really good performances, and got here on the back of some great sessions at the HPC at Tuks where we were in a Covid bubble from 1st to 19th of August.

“But, even after Covid my heart rate remained worryingly high and the fear of testing positive again before coming here was big. I would say that sitting at the airport in Tokyo waiting for our Covid test results after arrival was the worst experience of my life.

“But my faith keeps me going and I run every step with God. The fact I have my own room and my own freedom here at the village is all down to Him. I’m in a good head space.”

Perhaps it’s a sign of the times that Covid is a theme of everyday conversation. “Today is 26 days and counting that I’ve been away from my husband and when I fly back on 6 September that will have meant I’ve been five weeks away from him, the longest time apart we’ve ever had.

“But I believe I’m running with God and everyone who supports my journey and family. A lot of people would love to experience what we’re experiencing so I’m glad that these Games are happening. We’re here and we can finish the four-year cycle from Rio 2016 which has now become a five-year cycle.”

Weyers holds the world record of 55.60sec in the T46/47 category, having set the time in Belgium two years ago, but she’s confident that, even at 95% after contracting Covid, Paralympic gold is in her sights.

“It’s my main event and I’m in a good place. I know there are a lot of newcomers but there’s quite a big gap in terms of the rankings where I’m the fastest, so I’m at ease with everything around the 400m.

“I still have unfinished business so I don’t want to say anything hasty about my future after these Games, except to say they will be my last Paralympics. I didn’t go to the opening ceremony as my first (400m) race is on Friday and I wanted to rest as much as possible.

“I still got goosebumps though when Team SA gathered here at the village and took pics. Afterwards I felt ‘it’… the time is now. It felt like when you walk into the athletics stadium and you know it’s time. Now I want to embrace the space, good or bad, and embrace the performances. It’s been quite a road, this five-year cycle.”

Weyers is understandably reluctant to look too far ahead, but she feels sure that she won’t give up running once retirement comes calling. “I’ll do a lot more 5km and 10km and encourage people to train.

“I want to give back. I’m someone who likes to communicate, I’m spontaneous and want to speak to people, get to know people. I’m not sure where things will lead after my career is over, whether it’s full-time teaching or if God has a different path. But I need to start building a future with my husband, buy a house, and start the next step.”

For now, though, there’s that unfinished business. And that is re-exerting her 400m dominance and turning a 2019 world championship gold and world record run into a Paralympic gold medal in Tokyo. DM