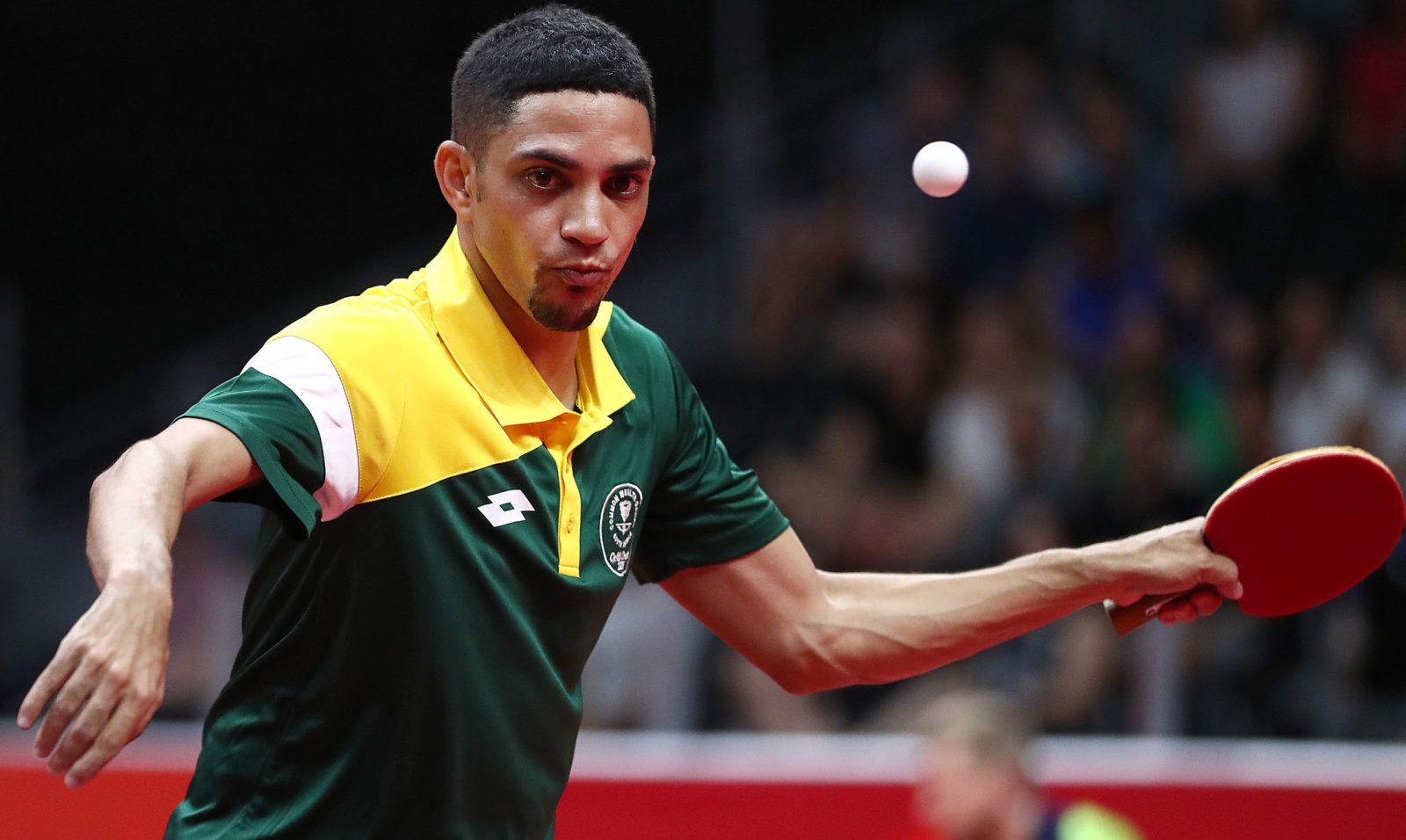 As much as Theo Cogill has moved on with his life since that fateful night 10 years ago when he tried to break up a fight and was stabbed in the neck, spine and lower arms, the reminders are there every day.

Theo Cogill is now 34, the only table tennis player on Team SA’s roster in the Tokyo 2020 Paralympics, although 10 years ago he had dreams of representing his country at the Olympics.

He was that good and on track for London 2012 when viciously stabbed on Bellville’s notorious Voortrekker Road, the irony of it being some distance from the violent, gang-infested suburb in which he lives.

“I am over the fact that I’m always asked that question, ‘how did you cope, what happened?’ But it is integral to my story, and I do try to be an influence to keep kids off the streets and put their lives to better use than gangsterism,” Coghill said from Tokyo where he is competing at the 2020 Paralympics.

Home for Cogill is the Cape Town suburb of Bonteheuwel. “When I wake up and go outside people are doing drugs, even two doors away. I go to the shops and can see someone lying on the ground, dead. It’s just the norm in the area. There’s no escaping the realities.”

Bonteheuwel Ratepayers and Tenants Association chairperson Nadia Mayman said of the area in 2020: “Parks are broken down to take metals to scrapyards so gangsters can get their next fix. Areas are marked as gang terrain by spraypainting the names of the gang on the walls in the area. Public spaces are used to have their drug parties throughout the night. Families living in abject poverty are paid electricity money and food for the use of their homes as a base for drug activities.”

“It’s very hectic,” Cogill says. He doesn’t expect people to understand what “very hectic” means, but he’s increasingly being seen as a community leader and someone who is trying to uplift those around him.

“I believe that you should surround yourself with people who are positive about life,” he says. “Whether it’s sport or education, you have to go in that (forward) direction. There’s so much poverty in Bonteheuwel and the reality is that crime is happening all the time right in front of you. It’s difficult being strong and finding positives. It’s much easier standing on street corners and falling into the hands of gangsters who will pay you to do the work for them.

“There’s not much to keep children active. We have an ongoing problem with the lack of facilities. But people look up to me and I’m determined to stay positive although it’s so easy to fall into something that you don’t want to.”

Cogill’s coach is Anver Lyners, himself a former national table tennis champion and who has accompanied the athlete to Tokyo.

“What Theo says is 100% true,” Lyners says. “Poverty in Bonteheuwel is rife. We try to take kids off the street and introduce them to table tennis. When doing so, the first thing we have to think of is to feed them. Then it’s to get them equipment, because they can’t afford their own, it’s expensive.

“But you can’t allow the kids to take the equipment home because it won’t come back. As coaches we have to keep them interested. They go back to a house in which there is no food and the next day they will return to us mainly in the knowledge that they’re going to get food, not because they’re going to play sport.

“But if the gangsters see them coming to play table tennis, they will pay them money for the day to work for them.”

Cogill freely admits that the easy path for him following his stabbing would have been to fall into the clutches of the Bonteheuwel underworld. Swallowed up by the streets and probably being dead by now. It remains difficult, despite being an elite Paralympic table tennis player.

“I could easily have become a shooter for the gangsters. There’s no money in table tennis,” he said.

“Even now, you train so hard and you get home and you think, ‘what am I going to eat tonight?’ and it’s bread and coffee and that’s it. It’s not a fairytale life. I stay with my (unemployed) father, and have to look after him. He has recovered from cancer which kept him in hospital for a long time and my mom has polio in her leg.

“There have been many ups and downs following my accident. The recovery took so long, the first year I was in a wheelchair. Then I got a slight feeling in my legs back, but it was a  struggle from there.

“Finally, getting back to playing wasn’t easy. It took a long time for me to come to terms with the fact that my body wouldn’t be what it used to be. I was a top table tennis player and I played good football. I was the top goal scorer for three years at Maitland FC.

“Now I can’t move so fast and the body doesn’t do what I want it to do, I still struggle with aches and pains and niggles, but I have to stay positive. We’re not on programmes like the sport’s professionals are, we don’t have physios, so we have to help ourselves. In a way though, I suppose I am a community leader, so there’s a lot of people looking up to me as a positive role model.”

Lyners, now 68, remains inspired by Cogill’s attitude. “The easiest thing would have been for him to join the gangsters after his own stabbing,” he said.

“They would have paid him to do their dirty work. But his attitude impressed everyone. “As a paralysed youngster he came back to the hall and took a bat and went to the table and said he wanted to play. He knew that his lifelong dream of being an (able-bodied) table tennis champion wouldn’t be fulfilled.

“But he started re-entering tournaments and won them, and he became SA champion again. And here he is competing with the best Paralympians in the world. But back home there’s the daily reality.

“I fetch him to take him to training and we pass through the gangs and bullets can fly overhead. They leave us alone, they know the colour of the car and they know that I’m coaching Theo.”

Both know that in terms of playing fields things aren’t level when it comes to table tennis. “Our federation is struggling for finances,” Cogill says.

“I get to play against full-time professionals from around the world. They have dieticians monitoring their food, they have heart rate monitors and health apps that are tracked on iPads, they can monitor your work rate, playing academies… what we have is a coach hitting 100 or 200 balls at you from a box… in terms of fitness it’s about listening to your body, there’s nothing scientific about it.”

Cogill’s tale is one of inspiration and a will to succeed. To be a role model, an inspiration and a good person. For sticking to the task and handling all the curve balls that life has hit at him, he has already earned a gold medal. DM