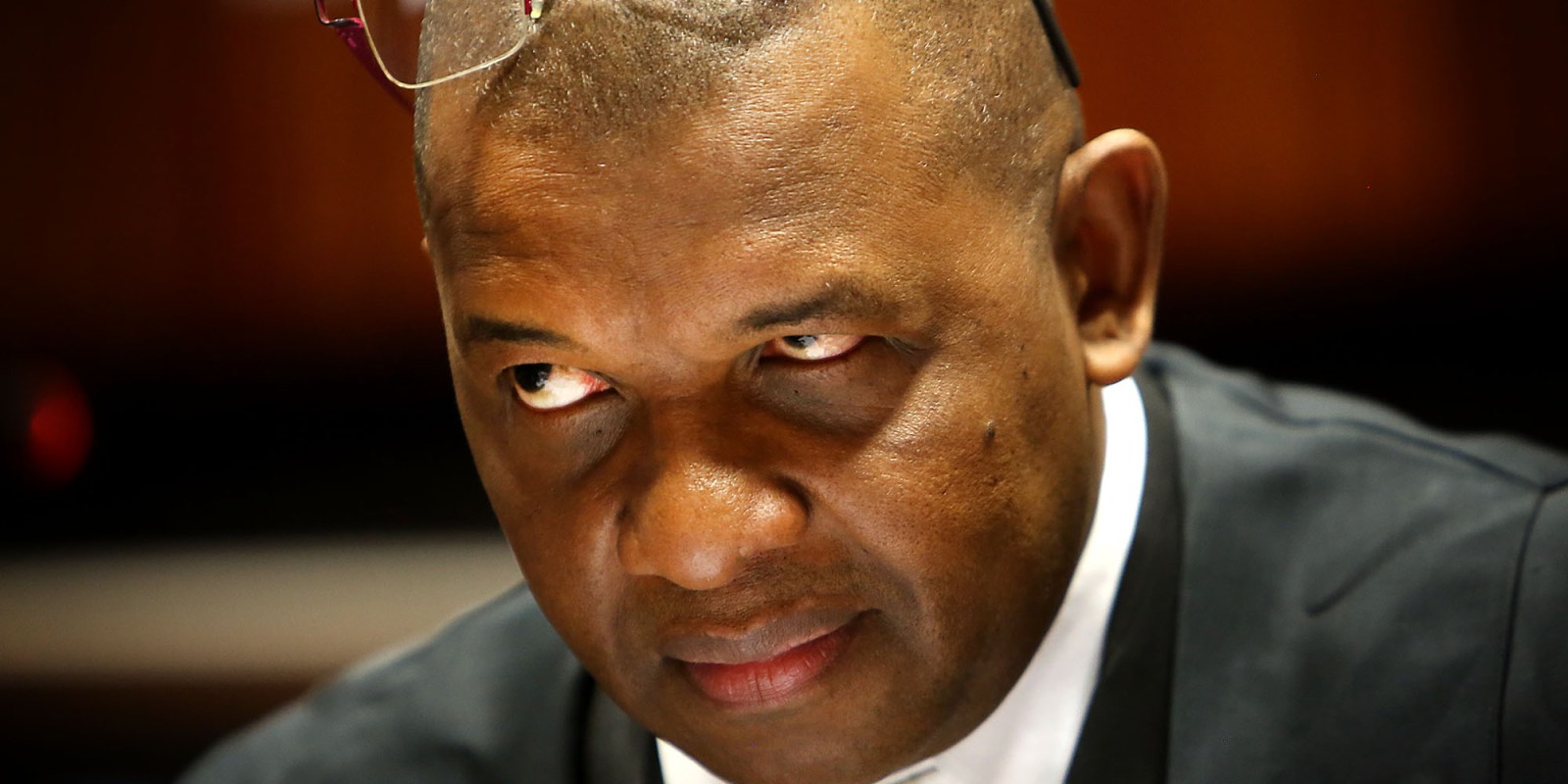 In his bid to render his suspension unconstitutional and have it set aside, suspended ANC Secretary-General Ace Magashule accused the Gauteng Division of the High Court of bias during his second appearance.

“This issue of bias has been spoken about in dark corners in South Africa and I think we must bring it to the fore. I do not want to live in a country where people know the outcome of a case before the case happens simply because it’s so-and-so versus so-and-so,” Ace Magashule’s legal representative Dali Mpofu told the high court on Wednesday.

Magashule made a court application to the court in a bid to have his suspension by the ANC set aside and to have the party’s “step-aside rule” declared unconstitutional. He also wants the court to find that the suspension letter he issued to the party’s president, Cyril Ramaphosa, was in fact valid.

Mpofu said the issue of bias must be brought to the fore and debated honestly, not defensively, so that the public and not just Magashule can be assured that it’s a coincidence that certain cases in the courts turn out the way they do. Mpofu said this was why Magashule felt strongly that the issue must be debated.

“The most important point here is what we call prejudging the case. Remember, I raised the issue about the court giving a ruling about the authority of [ANC Deputy Secretary-General] Miss [Jessie] Duarte in the context of the intervention application,” said Mpofu.

“Are you saying that this case was determined on the premise of a prejudgment?” Justice Jody Kollapen asked Mpofu.

“Yes,” responded Mpofu, “We are saying that the matter was prejudged and I’m not talking about the overall outcome of the case. I am talking about the specific issue of the authority of Miss Duarte. Remember that this is a pivotal issue in this case which will determine whether the suspension was unlawful.

“So, prejudging that issue is just as good as prejudging the whole case. So, I accept and concede that the prejudgment… the perception of bias on the part of the applicant was on that issue and I say that that issue was material,” said Mpofu.

Mpofu argued further: “Then [Ramaphosa’s advocate] Mr [Wim] Trengove goes on to find it extraordinary that we could dare to accuse the court of bias… he must read the notice of application for leave to appeal. He wants us to say, no, we are not accusing the court of bias. Well, we are. We are saying that in our notice of application we said actual and or conceived bias.

“Actually, it can’t be worse than that,” said Mpofu.

“On our version, the suspension [of Magashule] was motivated by nothing other than factionalism, and the application of the step-aside rule was done in a factional way. Hence, the two issues we wish to raise in the Supreme Court of Appeal, which both happened after this case. We will have grounds for introducing new evidence,” Mpofu told the panel of three judges on Wednesday.

“The first evidence we wish to introduce to the Supreme Court is that of Mr Ramaphosa’s testimony at the Zondo Commission.”

Justice Kollapen put it to the defence: “In applying our minds on the application for leave to appeal, and given that the application to introduce new evidence would only arise if and when the matter serves before the high court, are we to exclude from our consideration in this matter the issue and content of what that new evidence might be? Because ultimately that should not impact on whether leave is granted or not.”

Mpofu responded: “I take that point, I take it wholeheartedly, that’s why I started with an apology. The only point we make is this… we can’t take it higher than that because quite frankly you do not even have that evidence in front of you except to the extent that we have described it.”

Mpofu said the new evidence they planned to introduce was important, especially in the context of the current judgment.

“Because this judgment is really premised on one fundamental philosophical foundation, which is the acceptance of the theory, to be generous, that the ANC was motivated by some anti-corruption crusade and evangelism, which was completely not the case,” said Mpofu.

“If leave to appeal is granted, we will introduce new evidence. We will apply to introduce evidence of Mr Ramaphosa’s testimony before the Zondo Commission, for the sole purpose of demonstrating that he himself is guilty of corruption, because he said he was aware of corruption for years and he kept quiet,” Mpofu said.

Judge Kollapen pointed out that delving into such new evidence was not part of what the court needed to look at. He said this posed a risk because what Mpofu was doing now was giving the court a peek into evidence which was not relevant to the determination by the court.

The judge added: “And then new evidence becomes part of this hearing… the defendants might feel they have to respond to it. So, are we not in danger of actually traversing an area of a possible scenario in an appeal court that is not relevant to our work today?”

“I understand,” replied Mpofu. “The only point I want to make is that both the evidence at the Zondo Commission and confession to corruption and the reshuffle where people who are candidates for the step-aside rule have been promoted by Mr Ramaphosa. But that is relevant only to this extent in an application of this nature,” said Mpofu.

He also expressed unhappiness with the judges for attaching the Public Protector’s report to an affidavit on the judgment.

“We can’t have a situation where three senior counsel attach an affidavit and that’s seen to be okay. I’ve already explained how irrelevant the judgment is, let alone the Public Protector’s report.”

Magashule has repeatedly stated that he will not step aside unless the party’s branches request him to do so.

On Wednesday, Mpofu argued that a different court could find in his client’s favour. Judgment in the case was reserved, but the court said it would make a ruling as soon as possible. DM