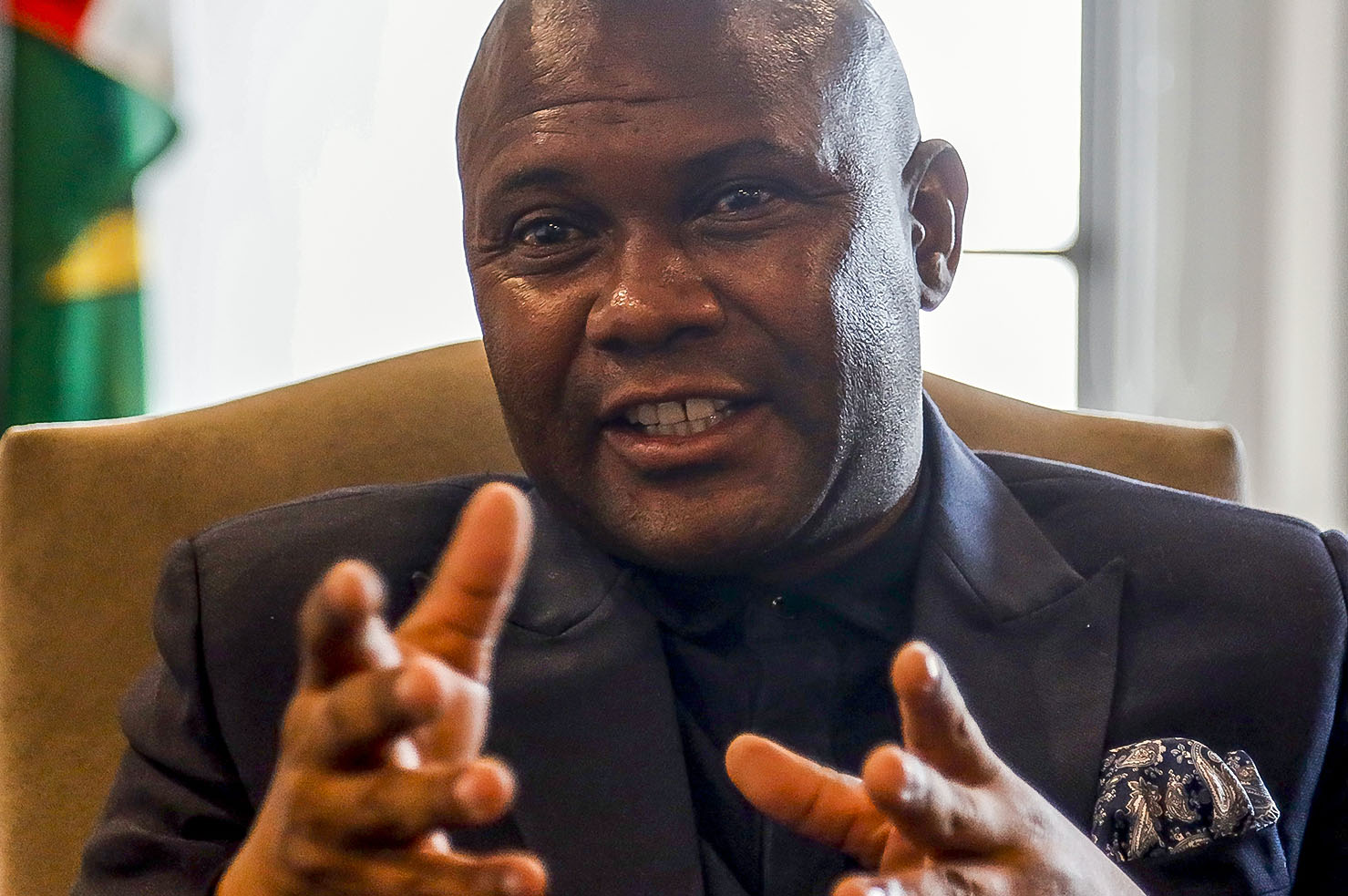 ‘Unemployment, especially among the youth, is one of the major problems and we have to deal with it,’ says the new mayor.

The biggest achievement of new Johannesburg mayor Jolidee Matongo has nothing to do with his election to the position. “My biggest achievement was to be elected by branches of the ANC Youth League to be chairperson of the youth league in the region,” he told Daily Maverick.

Speaking from his office in Braamfontein, Johannesburg on Monday, Matongo said: “Unemployment, especially among the youth, is one of the major problems and we have to deal with it.”

Before his election, the 46-year-old from Dube in Soweto was the City of Johannesburg’s mayoral committee member for finance.

Dealing with youth unemployment, Matongo said: “We are looking into the reintroduction of co-production of municipal services.” He said this entailed replacing the services of some service providers with local labour.

“For instance, if we say the city is not clean, do we really need a service provider for that? The answer is no. We can get the people from the affected communities to do the cleaning themselves.”

He said apart from the financial benefit for locals, this system had proved to be cheaper. Matongo acknowledged that young people were the dominant age group in Johannesburg, saying, “We have what we call a youth bulge.”

He said the R90-million allocated for a youth development programme over the medium term should be efficiently spent.

“We cannot just do any project just because the money is available. We want a programme that will skill young people. The skills development complement is very important to our agenda.”

“The cohort of skilled young people can form proper companies and venture into the bigger bidding space within the city and elsewhere.”

On the back of the youth programme, Matongo said the city would also permanently employ 10 young people per ward. With 135 wards in the city, this means 1,350 permanent work opportunities.

They will be employed to monitor service failures in their areas, from potholes to burst pipes to malfunctioning traffic lights. “They should report these and also make follow-ups,” he said. These young people will also act as liaison officers between communities and the city to ensure the provision of services.

Matongo said he became politicised when he was a schoolboy. He recalled an incident when his brother “Tutu” Sithole returned home badly injured and bruised after being thrown out of a moving train by apartheid security forces.

He has worked in youth organisations aligned to the ANC for almost two decades. These include the Congress of South African Students, the Soweto Students Congress and the Soweto Education Crisis Committee.

He reminisced about the 2016 municipal elections. “It was the beginning of our woes. There has been a disruption, but we needed to pick ourselves up.”

A day after the interview with Daily Maverick, it was reported that Matongo was occupying the position on a temporary basis. While this was already public knowledge, a report claimed the ANC has its sights on a woman as the next mayor of Johannesburg.

When asked about the xenophobia expressed by some over his father being Zimbabwean, Matonga responded: “Well, it doesn’t give me sleepless nights. I’m South African. We need to rethink who we are as Africans in the context of a clear understanding of our own make-up and relations.”

In terms of Johannesburg’s vast infrastructure collapse, Matongo said the city had a R100-billion infrastructure backlog and that grants from the provincial and national government were not enough. He said to tackle this problem the city had to spend R10-billion per annum.

When he is not on mayoral duties, Matongo enjoys the outdoors or watching his favourite local TV drama, Gomora. But he stressed nothing will come between him and Orlando Pirates.

“I think I would have made a good footballer if it was not for these ANC arrangements.” DM