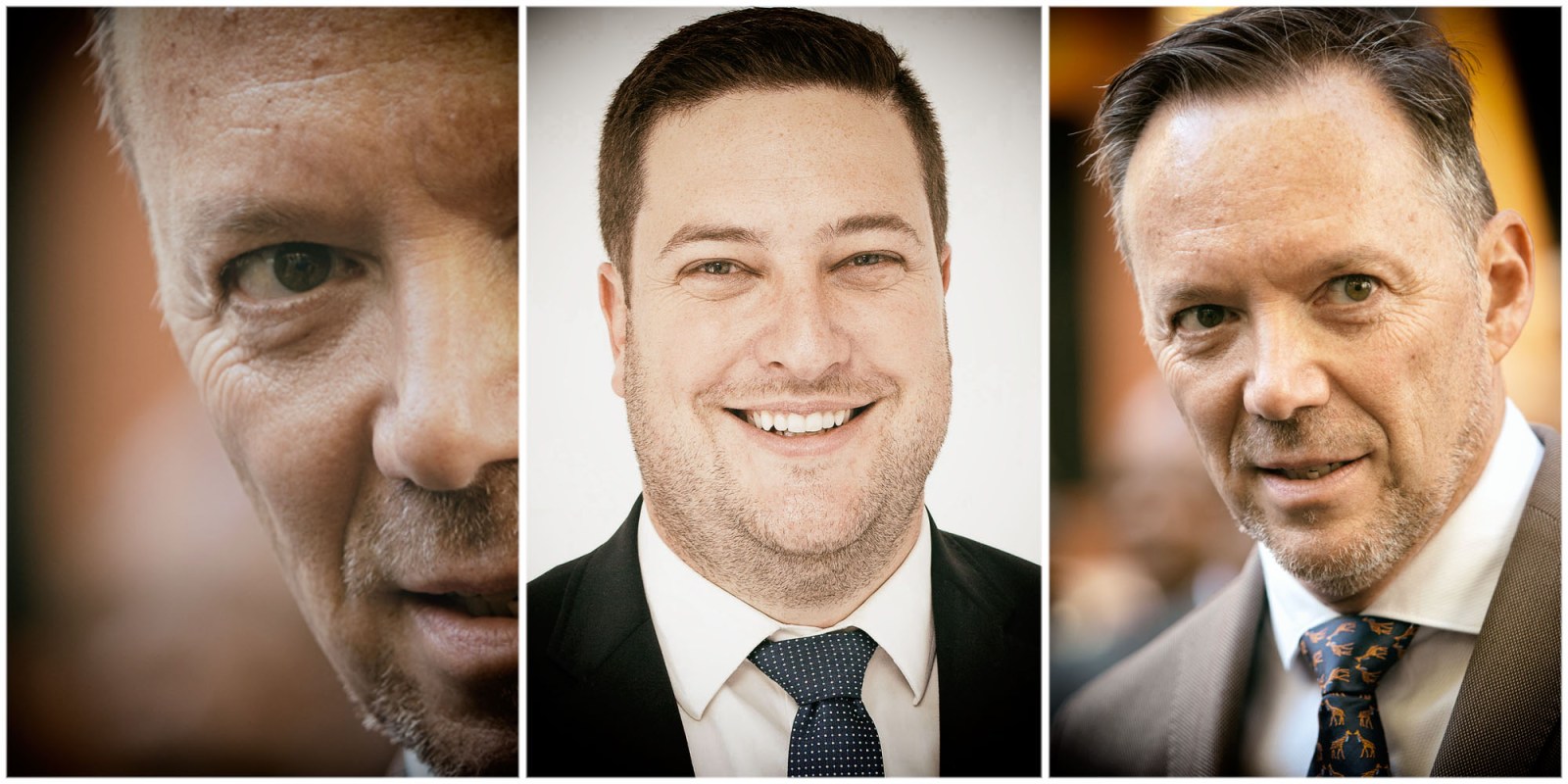 In a province where the majority of voters are neither white nor male, both the DA and the Good party are fielding white male candidates for their Cape Town mayoral campaigns. It is a gamble that will not escape the notice of the ANC and other parties.

Both the DA and the Good party have described the internal processes that led to the selection of their mayoral candidates as exceptionally rigorous. Though this may be true, neither selection was a surprise. The Good party’s choice of Brett Herron was a forgone conclusion for a party with exactly two (Patricia de Lille and Herron) visible representatives; while it was known months ago that Geordin Hill-Lewis was the favoured candidate of Helen Zille and other members of the DA top brass.

Yet if you had been asked a few years ago, few might have predicted that in 2021, two parties would have opted for white and male candidates in a province where the majority of voters are neither white nor male.

Zille, as one of the DA’s primary thought leaders, has made clear her abhorrence of identity politics. The selection of Hill-Lewis confirms the supremacy of that worldview within the party. The gamble they are taking is that Western Cape voters feel similarly.

Historically, however, the DA has not taken a campaign step without doing extensive research in the form of focus groups and so on. If its past reliance on evidence-based campaigns holds, the party may have good grounds for believing that Hill-Lewis will be a palatable candidate for the majority of Cape Town voters.

Just what those grounds are is admittedly rather hard to perceive from the outside. There is no doubting the fact that 34-year-old Hill-Lewis is smart, likeable, and a very shrewd political tactician. But he has no governance experience, and his face may be familiar only to those who are frequent viewers of Parliament, where he played a lively and important role in the DA caucus.

Where the mind starts to boggle in particular is in the thought of the campaigning Hill-Lewis attempting to win hearts and minds on the Cape Flats or in Cape Town’s townships. Accepting the party’s nomination on Monday, Hill-Lewis said: “I look forward to meeting you in your community and neighbourhood in the months ahead.”

In perhaps a tacit acknowledgement that his may not be the most recognisable face, he added: “We will get to know each other well as we build our city, our home Cape Town, together.”

Hill-Lewis has said that he intends to begin campaigning on the ground immediately, so it will be interesting to see how he is received – particularly in places like Ocean View, where current Mayor Dan Plato was caught on camera in an embarrassing verbal tussle with a resident.

It is unclear whether Hill-Lewis speaks isiXhosa, but what is clear is that he speaks Afrikaans at about the level of most English-speaking white Capetonians – which is to say, not brilliantly. This is at a time when the DA’s losses in by-elections among coloured and white Afrikaans-speaking communities have been most pronounced.

A point to consider further is that Hill-Lewis as mayor would mean that the DA has two white men running the city and the province, since Alan Winde is Western Cape premier. This while, of course, the national party leader – John Steenhuisen – is yet another white man. The message that sends about representation – again, in 2021 – is frankly bizarre, even if South Africa turns out to be a place where many people of colour are indeed willing to vote for white male leaders at this point in time.

From the DA’s perspective, there may be a sense that the gamble is not too large since the party traditionally performs better by some margin in local government elections than national elections. In the former polls there is a sense that service delivery – at which the DA markets itself as outperforming the ANC – is the critical issue more than in the latter, where issues of identity and heritage may be more significant.

When it comes to the Good party’s selection of Herron to stand against Hill-Lewis, it may sound churlish to say that the decision must have stemmed at least partly from a lack of options. (To be clear: the Good party does have more leaders than Herron and De Lille, but I challenge you to find many people who can name them.)

Yet the Western Cape is clearly the Good party’s power base, with the reputational pull of De Lille its major drawcard, and Herron is by far the most senior and publicly visible Good figure after De Lille, so it would have been astonishing if Herron had not received the nod.

In political terms, Herron’s greatest currency is his previous proximity to power as a DA councillor in the Cape metro. It means he has been a thorn in the side of the DA ever since Good launched, constantly pointing out unfinished DA projects or unfulfilled promises. Through Herron, the DA has faced substantive criticism on a scale and frequency the party has been totally unused to from the relatively weak opposition of the ANC and EFF in the province.

It does mean, however, that Herron’s political reputation is now mainly staked as being anti-DA. Negative campaigning can be highly effective in politics, but will voters see Herron and his still-tiny party as plausibly able to wrest power from the DA? That’s while Herron will face the same limitations as Hill-Lewis in his personal capacity as a white man, even though he has the advantage of not being a member of a party considered quite as racially problematic as the DA.

But all parties should also be keeping an eye on the ANC, which has completely revamped its candidate selection process going into these elections. For the first time ever, the ruling party has selected mayoral candidates following a nomination and screening process that will reportedly give weight to postgraduate qualifications.

Although the DA’s Steenhuisen challenged the ANC to reveal its mayoral candidates ahead of time – something it has never done before – the ANC’s Deputy Secretary-General, Jessie Duarte, told a media briefing on Monday night that although the party’s selection process was complete, it would not announce candidates at this point. DM