Confidence and consensus: Summer disappointments or winter of discontent for the global economy? 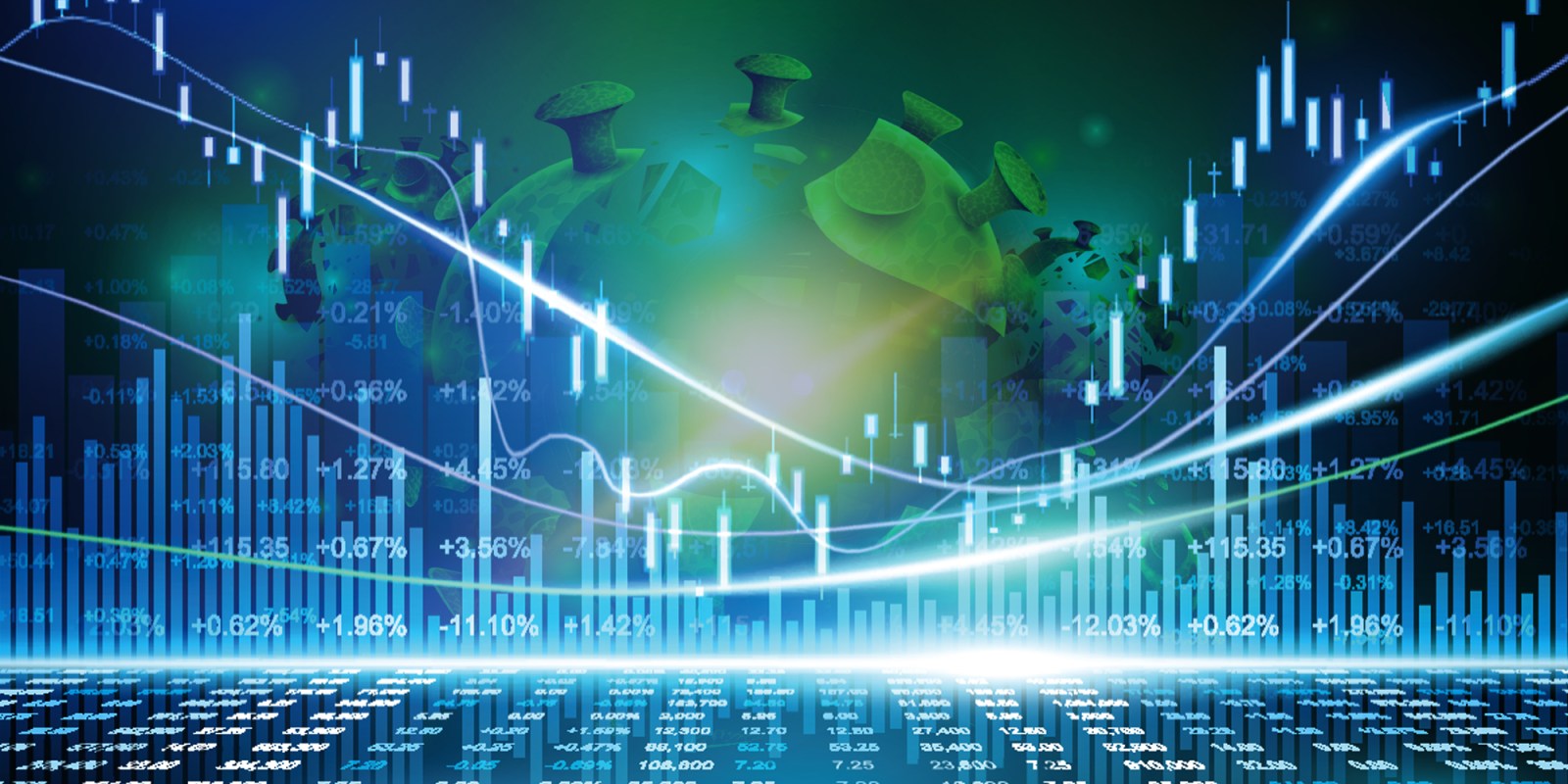 A data-heavy week has confirmed that global and local economic fortunes have dimmed, with the Delta variant the number one concern for businesses globally and fears of further riots at home dampening domestic business confidence.

It should be no surprise that the global and local economies are starting to show signs of strain as countries experience third and fourth waves of Delta infections, with disappointing data released over the past week confirming that economies are losing momentum.

Most notably, in the US, retail sales declined by 1.1% in June compared with an expected 0.3%; in China, industrial production and retail sales both came in below forecasts, and in South Africa business confidence lost eight months of gains in July as a result of the riots.

She notes that two important global drivers of growth are running out of steam, namely Chinese production and consumption and US consumer confidence and retail sales. Investec chief economist Annabel Bishop says the drop in the SA Chamber of Commerce and Industry business confidence index reflects not only a loss in business activity that may persist into August, but also worries over future violence that could result in Q3 growth contracting.

What comes next globally? Benatia says: “Beyond these specific factors, there are conflicting indicators that make it hard to judge what’s coming next, and over what time horizon.” Next week’s August surveys will provide some initial indications of Europe’s trajectory, she adds.

The now-virtual Jackson Hole Symposium, where central bankers will gather online this week, will give a better indication of how much US monetary policy stimulus support there will be in the year ahead. The key will be whether a fourth-quarter start to the US Federal Reserve tapering its bond market purchases is more likely, or whether the worrying economic signs that have started appearing will see the central bank push this out to the first quarter of next year.

Mark Zandi, chief economist of Moody’s Analytics, warns that the Delta variant could become so disruptive as to pose a significant headwind to near-term economic growth. Moody’s Analytics sentiment in its weekly business confidence index has gone sideways since mid-June, and in recent weeks more respondents are saying conditions are weakening than improving. Zandi says this is the first time this trend has happened since widespread vaccination began. Now, less than half of the respondents in the survey expect the economy to improve and more than 40% expect it to weaken.

Recent Oxford Economics research also found that the spread of the Delta variant was dominating business concerns, with some three-in-five respondents seeing this as a top downside risk (see graph below). Director of Global Macro, Ben May, points out that this is the highest figure for an individual risk since the consultancy first launched its global risk survey in early 2016. 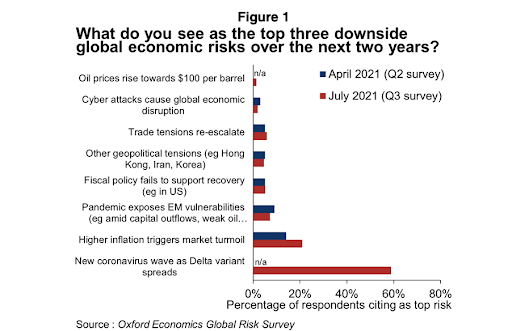 Given the high risk attributed to the spread of the Delta variant, Oxford Economics has cut its near-term forecasts for growth. But there’s no cause for “a major panic”, says May, who expects the variant to push back the recovery in the shorter term rather than tipping countries back into recession.

With more and more talk about booster shots perhaps becoming necessary, he adds: “It is also tricky to judge how households and businesses respond to the realisation that widespread vaccinations alone will not automatically end the pandemic. This may be exacerbated by growing concerns about the durability of the protection that vaccines provide.”

The UBS Chief Investment Office also expects Delta to delay but not derail the recovery based on the accelerating vaccination push, with the pace of US vaccinations at its highest level since the end of May and daily doses administered since May rising 13-fold in Japan, 22-fold in Malaysia and 24-fold in the Philippines.

The bank says growth may have peaked but will remain strong despite US and China data disappointments last week, which revived fears that the global economic recovery was losing momentum. Though growth momentum may have peaked in the second quarter, it believes that economic growth and corporate earnings fundamentals “remain robust”.

Countering the weak US consumer data are more optimistic US retail chains, such as Walmart, Target and Lowe’s, which exceeded second-quarter earnings expectations and raised sales forecasts.

While Chinese industrial production and retail sales may have undershot forecasts, policymakers have responded proactively there, and UBS expects them to take further action, keeping Chinese GDP growth on track for 8.2% this year and 5.8% next year.

This is in marked contrast to Capital Economics, which predicts that China will experience a “long, structural slowdown towards 2% trend growth”. The consultancy conducts an interesting exercise in which it compares its contrarian views versus the consensus, which it says expects the Chinese policy-easing measures put in place already to “put a floor under growth in the second half”.

In Europe, the team envisages the European Central Bank maintaining negative deposit rates of -0.5% for five more years as inflation rises to 3% in the second half of this year, but then declines to 1% during the two years thereafter. Market consensus inflation predictions are higher than Capital Economics in 2022 and 2023, and rate hikes are expected to start far earlier in 2023.

Long gone are the days when economic forecasts were so crowded around the consensus that none stood out. For now, it’s anyone’s guess whether forecasts of economic recoveries derailed or, alternatively, deferred will prove right. Much will depend on whether the spread of the virus can be contained; whether supply constraints ease up or whether inflation retreats and becomes less of a global worry.

The one thing we can have reasonable certainty about is that we aren’t likely to move forward in one neat, sustainable and predictable direction for some time to come. BM/DM