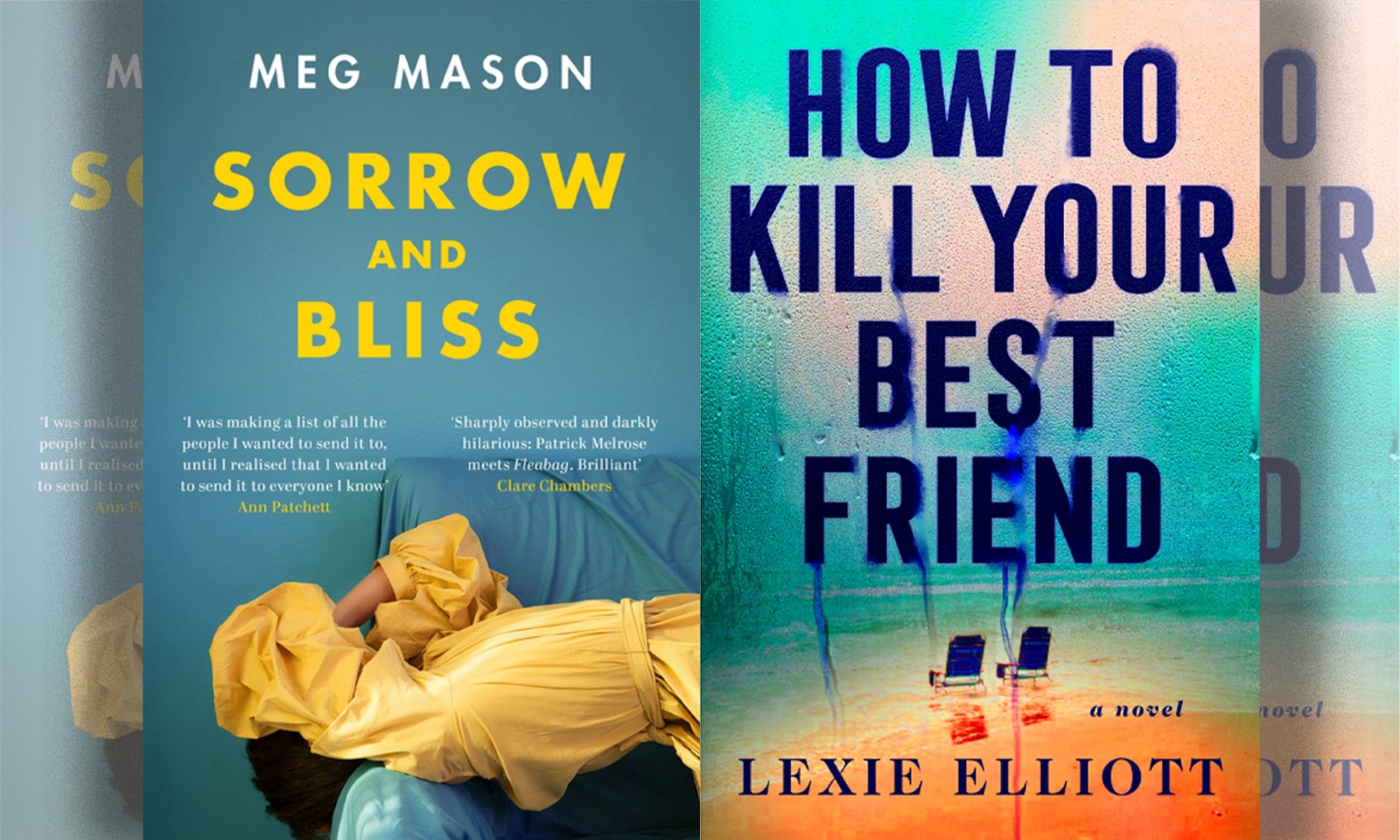 Meg Mason’s 2020 debut novel is, in its sensitive and intricate handling of someone struggling with mental health challenges, so apt for the times we find ourselves in; but if it’s a thriller you’re after, then don’t miss the recently published How to Kill your Best Friend by Lexi Elliot.

If you’re going to read one book this year, let it be Sorrow and Bliss by Meg Mason. In the context of a global pandemic, this book, in its sensitive and intricate handling of someone struggling with mental health challenges, is so apt for the times we find ourselves in.

The set-up: Martha Fiel is forty and a struggling food column writer. The crisis in her life is accentuated when her husband, Patrick, leaves her. Patrick has been devoted to Martha since they first met her at a family Christmas lunch in their teens.

When Martha was seventeen, “a bomb went off in her head” and ever since, she’s battled with debilitating bouts of depression which affects her ability to function on a day-to-day basis.

Sorrow and Bliss is meticulous in bringing to the fore the experience of this lived reality.

At one point, while Patrick is away, Martha wakes up and the “world is black”:

“It always felt — like pressure building in my skull, like air is being pumped and pumped and pumped in until it’s hard like a tyre, but still more air pushes in and in and it begins to hurt so much, knife hot and migrainous, that you cry and imagine a fissure in the hard bone becoming a crack and the air finally rushing out and then relief from the pain. You are terrified. You are going to vomit. Your lungs are closing. The room is moving. Something bad is going to happen. It’s already in the room.”

Martha has spent years seeking medical intervention, all to no avail. At one point she goes to a doctor who asks if she has thoughts about hurting herself. She says no, adding, “I just want to not exist anymore,” and then asks if there is something the doctor can give her “that would make me go away, but in a way that wouldn’t hurt anyone or make a mess.” But when the doctor in front of her responds, in a dismissive way, that “she is more intelligent than that”, she stops talking.

While the subject matter of Sorrow and Bliss is heavy, it is told with such wit, such humour, that you have to go back and re-read some sentences to immerse yourself in them.

Martha’s voice is intelligent, sharp, funny and vulnerable. Mason brings her to life in all her flaws, all her complexity, yet she is not straight-jacked by them. Martha finds it difficult to make friends and brings struggle and pain into her relationships with those she loves. Yet, despite this, Mason writes her so that she is not a caricature — she is layered and complex and we are drawn to her in the humanness of her ‘failings.’  She resonates with the parts of ourselves that are capable of bringing both love and destruction into the lives of others.

Mason is careful to not name Martha’s diagnosis. In doing so, she steers away from the need within us to label and box, as a way of making it easier to understand what is ‘wrong’ with Martha. The subliminal message is that it does not matter what her diagnosis is. In our thirst for ‘unpacking’ others, we do not need to know every last detail to draw empathy and compassion. While Martha has days when ‘my brain laughs at me, look how stupid you are, crawling across the floor, look at you being scared to go outside,’ she is so much more than this. She is also capable, insightful, and able to pick herself up from the floor.

Martha spends a fair amount of time wanting to go back in time and recreate herself so that she rights her wrongs, something many of us try to do. The temptation to write out the parts of ourselves that are ‘othered’, difficult, mean, struggling, is a great one. We want so very much to be perfect. Yet it is in embracing the multi-dimensional layers of who we are that we are able to find ways of functioning better in the world.

How to Kill Your Best Friend by Lexie Elliot

How To Kill Your Best Friend by Lexie Elliot is a great read for when you’re needing time out and a thriller to hold onto.

The book is centred on the story of a friendship between three women — Bronwyn, Georgie and Lissa, who met at a college swimming club. They become an integral part of each other’s lives until Georgie moves to New York and distance makes the connection between the three hard to sustain.

After the death of her first husband, Lissa meets and marries Jem. Together, they purchase a luxury resort on an island in southeast Asia. The book starts with Bronwyn and Georgie arriving on the island for Lissa’s memorial — Lissa, although a skilled swimmer, has drowned in a cove on the island.

Elliot pulls us into the scenery of summer on an island, with long boozy lunches and panoramic views.

But things are not as they seem.

Beneath the surface of the beguiling summer scene, danger lurks. Elliot skillfully oscillates between the relaxed atmosphere of friends gathering together and a sense of imminent threat. Who is the person sending cryptic, hostile messages to Bronwyn? Why is Jem on edge? Why did Lissa swim in a cove that she knew to be dangerous? Why is Georgie torn between her love for Lissa and the relief she felt when she moved away?

Everyone on the island seems to be holding onto the secrets that they’re hiding. The plot is riveting with carefully built tension that eventually crescendos when everyone is stuck on the island when a storm breaks. The writing style is easy, yet skilled. Elliot is able, with her words, to bring the characters to life. The story pulls you in so that you want to get to the bottom of what lies beneath the surface. DM/ ML