ANC KwaZulu-Natal: A party so divided, it faces political paralysis before the polls 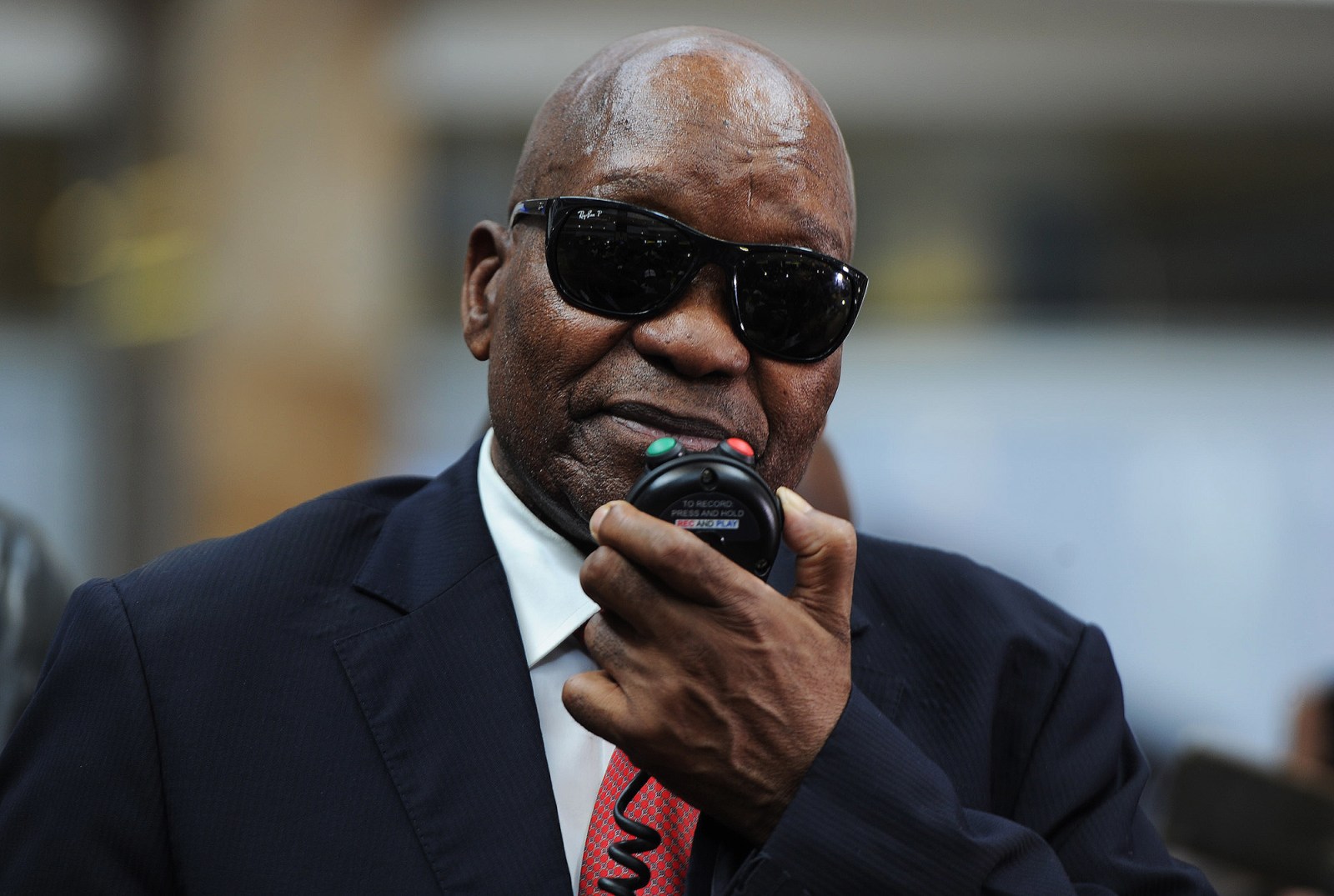 Jacob Zuma is a polarising figure, and then there’s Zweli Mkhize.

In the past, cadres of the ruling ANC in KwaZulu-Natal have been known to put aside all ideological and factional differences to galvanise and mobilise support for the party ahead of elections.

But this time around, as the party is in the midst of the local government election campaign, divisions are such that the organisation is failing to mobilise its cadres to do its bidding.

The cause of these divisions range from the incarceration of former president Jacob Zuma, the allocation of blame for the recent looting and mayhem across KwaZulu-Natal and some parts of Gauteng, the selection of councillor candidates and factional jockeying for positions ahead of the regional and provincial elective conference which are expected to begin later this year.

The Constitutional Court is yet to decide whether the local government elections would be held as promulgated on 27 October or it will accede to the application for the postponement to February 2022 because of Covid-19 lockdown restrictions.

Although Zuma is now a polarising figure in the ANC, he has in the past played a critical role in the electoral fortunes of the party.

With Zuma in jail and his supporters deeply aggrieved, it is unclear how the ANC will fare in the upcoming local government elections. One clear sign of these divisions was when some of the supporters of Zuma, including senior leaders of the ANC Musa Dladla region, attended a prayer meeting at Zuma’s home in Nkandla.

After that they issued a statement saying they will campaign to discourage voters from backing the ANC in the local government elections to “punish it [because] its leaders folded their arms and allowed Zuma to be jailed and humiliated” for contempt of court.

The Musa Dladla region has since distanced itself from that statement and reiterated its support for candidates who will stand on ANC tickets. Professor Bheki Mngomezulu, a senior lecturer and academic at the University of the Western Cape, said the ruling party is divided from the Top Six down to the national executive committee – and in all nine provinces. But these divisions are starker in KwaZulu-Natal, he said.

“The ANC must be careful on how it handles these divisions because if the party takes them [the divisions] lightly they will pay dearly in the coming Local Government elections.

“The ANC should learn from previous mistakes. If I recall correctly, in the 2016 election some members of the ANC did not vote and some decided to vote for other political parties. This resulted in low voter turnout.

“I don’t believe it is a good idea for ANC members to punish the organisation by not voting because that will give opposition parties more powers,” said Mngomezulu, adding that the IFP is the most likely beneficiary of ANC divisions and electoral loss in KZN.

Mngomezulu said the recent unrest in KZN and parts of Gauteng, where malls, warehouses and other important infrastructure were looted and burnt, fuelled further divisions in the ruling party. Some in the ANC blame the party leadership for aiding and abetting the looting in their branches, zones, regions and even in the provincial leadership.

He added that some ANC leaders who are in government tend to put more focus on fighting factional battles within the party, “forgetting” to deliver basic services to communities. This fuelled violent protest, including the looting and mayhem in July.

“There is no doubt that some of the Zuma supporters will try and hurt the current leadership by not voting or voting for other parties. But it is not clear how this will affect the fortunes of the ANC in the coming [local government] elections,” he said.

Many inside and outside the ANC put the blame for the recent looting and mayhem firmly on the shoulders of Zuma supporters and the Radical Economic Transformation (RET) faction.

Nkosenhle Shezi, a spokesperson for the RET faction and Zuma supporters, said the violence was a direct result of popular anger after the jailing of Zuma.

“The illegitimate government of Cyril Ramaphosa could have foreseen these events and tried to prevent it. But instead this government tried to pass the buck and failed to take full responsibility,” he said.

Shezi said his faction would support ANC candidates during the upcoming local government elections but it is positioning itself to take over in the ANC regional and provincial conferences in the lead-up to taking on President Cyril Ramaphosa in the ANC national elective conferences expected to take place next year. “Although there has never been a conference or branch meeting where the matter of national leadership has been discussed, as things stand we will support anybody else except Cyril Ramaphosa. He has to clear his name on the allegations that he bought the last [Nasrec] conference of the ANC.

“I admire both these two comrades. One is the son of the former president and [a] great revolutionary of this country, the only man in South Africa who attempted to stand up to the historical injustice against our people by challenging the recipients of apartheid looting. He has a promising future.

“Comrade Ace has been one reliable comrade in that ANC Top Six leadership who stands firmly for the implementation of the radical economic transformation of the ANC. I believe that if he is given a chance to lead the ANC and the country he will do wonders,” said Shezi.

An insider in the KZN ANC, who asked not to be named as he is not allowed to speak to the media, said the ANC provincial leadership is divided down the middle, with some fervently opposed to the jailing of Zuma and others apportioning the blame for the recent looting on the steps of Zuma supporters in the provincial executive committee, the regional leadership and the branches.

“Some lobby groups are calling for a complete overhaul of the leadership. Some regions are lobbying for Mdumiseni Ntuli [current ANC KZN provincial secretary] to contest Sihle Zikalala [KZN Premier and ANC KZN provincial chairperson].

“They blame Zikalala for using the Zuma faction’s support to win the KZN leadership battle and then crossing the floor to the Cyril Ramaphosa faction. “Ntuli has not committed himself yet. I think he is weighing his options and waiting to see how strong are those who are lobbying for him. There is another lobby group that has been saying that the province has never been led by a woman and it is about time that a woman takes over.

“The names of Nomusa Dube [KZN MEC for Finance] and Peggy Nkonyeni [MEC for Transport and Community Liaison] are bandied about,” he said.

Another dynamic is the recent firing of former Health Minister Zweli Mkhize, after the scandal involving the communication tender that was awarded to Digital Vibes, a company owned or directed by Mkhize’s former staff and associates. Mkhize is a former KZN ANC chairperson and former premier of the province, with extensive political connections in the province. His dismissal from cabinet came about at a time when the political temperature in the province was very fluid.

“Some members of the PEC have met with Zweli at least five times. It is not clear what these discussions are about. But some see Khabazela [Mkhize’s clan name] as a potential candidate to take on Cyril Ramaphosa. This is now taking an ethnic dimension and they feel that Cyril has been very harsh when dealing with comrades from KZN,” he said.

Nhlakanipho Ntombela, ANC provincial spokesperson, blamed the RET forces for the divisions in the party.

“There are no divisions in the ANC in the province. Of course, there are remnants who behave as individuals who think they can do as they like, most of them who define themselves as so-called RET forces. We support the ANC as an organisation, our loyalty is not to the individuals. If you have joined an individual then you can leave the ANC if you feel it no longer stands for what you believe in,” he said.

He said the party has already trained its election machinery on the upcoming local government elections and “we are 90% in concluding candidates’ selection across all regions.

“Branch elective conferences are at almost 80%-90% done, with Thekwini, Musa Dladla and Inkosi Bhambatha behind the schedule with almost 60%-70% average,” he said.

Apart from the local government poll, Ntombela said his party is also focusing on regional and provincial conferences.

“The regional conferences will commence towards the middle of September and October as lockdown regulations are more relaxed.

“We have 7 regions as we speak ready to go to conferences once they are given the go-ahead. The provincial conference is scheduled for next year, possibly after June,” Ntombela said. DM168