Mozambique’s ex-finance minister Manuel Chang to be extradited back home not US, Pretoria decides 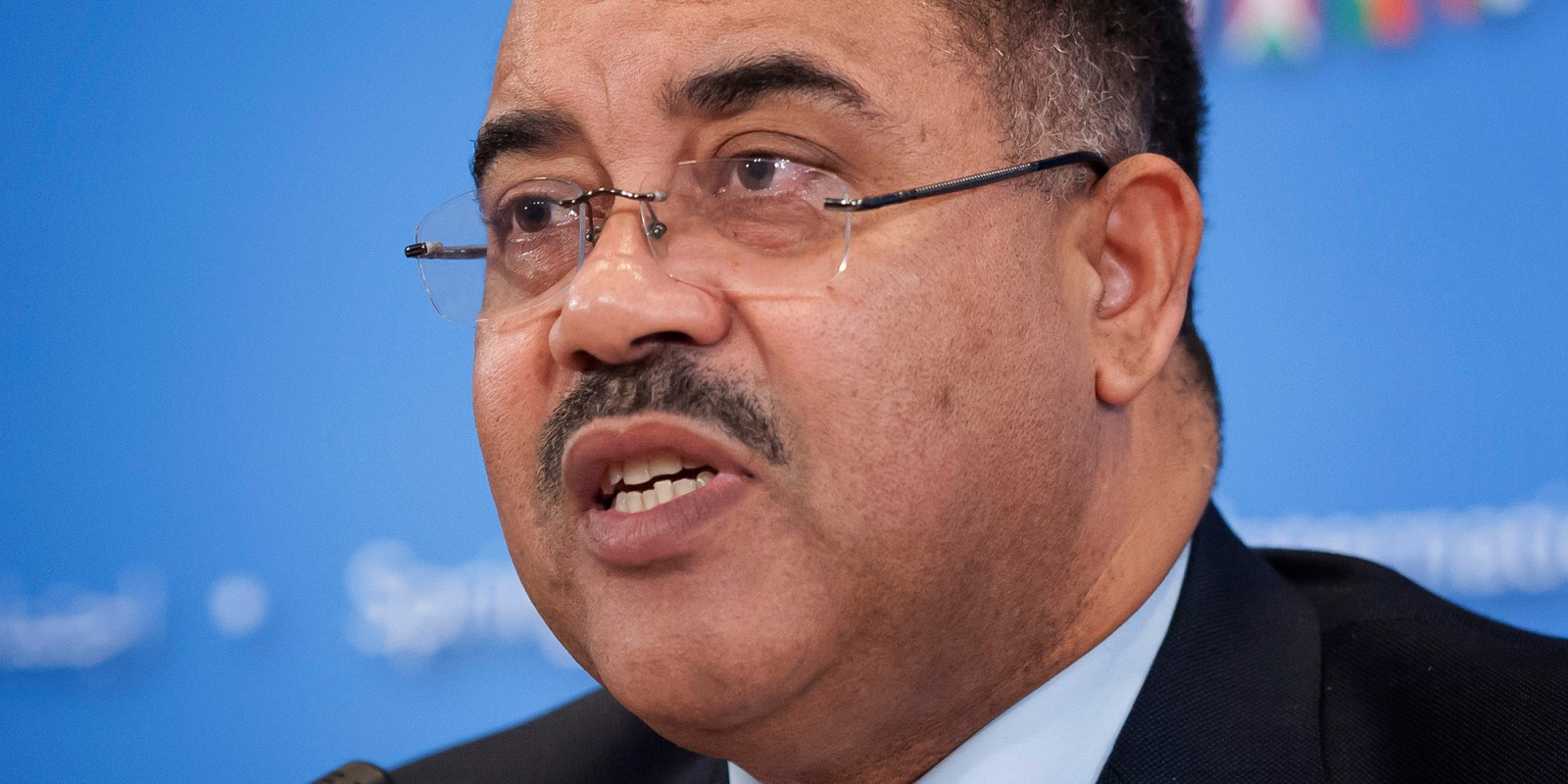 South Africa is expected to extradite former Mozambican finance minister Manuel Chang to Mozambique and not to the US, having accepted assurances from Maputo that he will eventually stand trial for allegedly taking bribes in a U$2 billion “hidden debts” scandal in 2013.

The decision has “disappointed” the US government because it US investors had lost millions in the scam and it believes the US would be the best place for Chang to face a proper trial.

The apparent decision by Pretoria to send him home instead emerges as the long-delayed trial of 19 others implicated in the 2013 alleged loan scam is due to start in a Maputo court on Monday. Chang was not originally among the defendants or apparently on the list of 70 witnesses, but it is possible he might now be added.

Chang faces charges of fraud and corruption for allegedly receiving millions of dollars in bribes to sign off on about $2.2 billion in loans from Credit Suisse and the Russian VTB bank to Mozambique government agencies to buy fishing trawlers and military patrol vessels in 2013 and 2014.

Pretoria arrested Chang in December 2018 in transit through Johannesburg’s OR Tambo International Airport and has held him in jail since then, while it considers rival extradition requests from Mozambique and the United States. Justice Minister Ronald Lamola was in favour of extraditing him to the US on the grounds that he would not face real justice in Mozambique.

But Lamola has now either changed his mind or he has been overruled by pro-Frelimo advisers in President Ramaphosa’s inner circle. Government sources are saying the start on Monday of the trial in Maputo of 19 suspects in the corruption case seems to have persuaded Ramaphosa that Chang will face justice in Mozambique after all.

Ramaphosa also seems to have been swayed by Mozambican President Filipe Nyusi’s complaint that the US acted “in bad faith” in the case from the start by ignoring a Mozambique request for legal assistance in its investigation against Chang – and then by indicting him itself.

And Ramaphosa may also have been persuaded by a recent application by Mozambique to the Johannesburg High Court for an order compelling the SA government to release Chang “without further delay”.

Maputo’s Attorney-General Beatriz Buchili complained that South Africa was violating Chang’s right to justice by detaining him for so long and that this was “having negative implications on various cases in Mozambique”.

The current Islamist insurgency in Mozambique’s Cabo Delgado province might also have been a factor in Ramaphosa’s decision. For a long time Mozambique President Nyusi resisted entreaties from South Africa and other regional governments to allow a Southern African Development Community (SADC) military force to enter Mozambique to combat the insurgents. He eventually agreed in June and it is possible that South Africa handing over Chang was the quid pro quo, some analysts speculate.

Nyusi himself and his predecessor Armando Guebuza have been called to testify in the case starting in Maputo on Monday by lawyers for some of the accused. The defendants include Guebuza’s son Armando Ndambi Guebuza, and ex-president Guebuza’s former private secretary Inês Moiane and political adviser Renato Matusse as well as former director-general of the State Information and Security Service (SISE), Gregório Leão, and former director of economic intelligence of the institution António Carlos do Rosário.

South Africa arrested Chang on 29 December 2018 on an arrest warrant sought by the US which had charged him with fraud and corruption because it said many US investors had lost money in what it characterised as a US$2 billion loan scam as the debt had been passed on to investors.

The US then applied to South Africa to extradite him. Only after that did Mozambique apply to Pretoria to extradite him to Mozambique instead. At that time – more than five years after the alleged offence –  it had not yet even charged him and he still enjoyed immunity from prosecution as a member of Parliament.

This delay raised serious doubts about the sincerity of Mozambique’s intention to hold Chang accountable.

Despite this, former justice minister Michael Masutha ordered Chang’s extradition to Maputo just before leaving office in May 2019. When he came into office later that month Lamola challenged Masutha’s decision in the Johannesburg High Court which annulled the decision in November.

Since then Mozambique has lifted Chang’s immunity and charged him but this is unlikely to convince some Mozambican watchdogs.

The Mozambican Forum de Monitoria do Orçamento (FMO), an NGO which monitors government finances, joined Lamola’s 2019 legal action to rescind Masutha’s decision to extradite Chang to Mozambique. It said it believed that if Chang were returned to Mozambique, Maputo would bury the case, whereas if he were extradited to the US, the courts there would reveal the full complicity of Chang and other Mozambican government officials in the loan scam. So extraditing him to the US would better serve the interests of the Mozambican people.

On Saturday a senior US government official expressed “disappointment” that Chang would apparently not now be facing justice in the US as US investors had lost much of the money that was stolen in the loan scam.

“We believe the United States would have been the best place for Mr Chang to receive a proper trial,” this official said.

Former Unisa international law professor and Mozambique expert Andre Thomashausen has expressed strong doubts about the court case which is due to start on Monday.

He told the Portuguese news agency Lusa that the case was “premature” as the Mozambican prosecutors had gathered so little evidence against the accused.

He also noted that Chang, the key witness, was not available – but he was talking before it emerged that Chang was likely now to be extradited to Mozambique soon.

Thomashausen thought the lack of evidence would almost inevitably force the court to acquit the defendants. “It is even likely that this is the strategy,” he added. DM