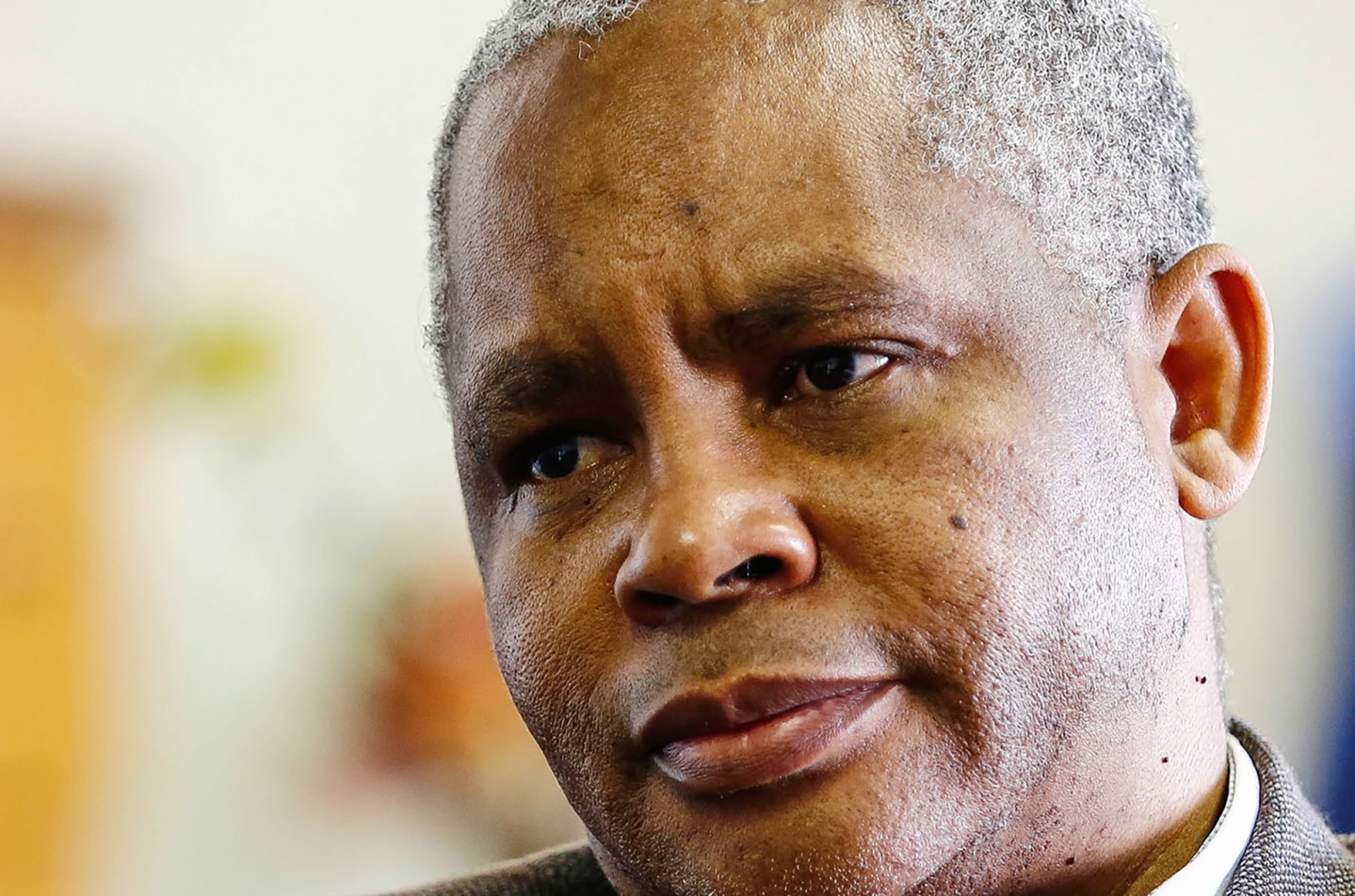 12 July 2018. Gauteng Hawks head, Prince Mokotedi speaking to the Sunday Times about the recent arrest the Hawks conducted on the suspects that were committing cash in transit heist in and around Gauteng. Picture: Moeletsi Mabe/SundayTimes

Mokotedi, the former provincial head of the Directorate for Priority Crime Investigation, was charged for failing to discipline a colleague accused of extortion and kidnapping.

Major-General Prince Mokotedi, former Provincial Head of the Directorate for Priority Crime Investigation (DPCI) has been found guilty of three charges of serious misconduct for scuppering an investigation into a corrupt Boksburg Station Commander.

He was found guilty in a disciplinary hearing chaired by Advocate Sumayya Tilly on 18 August 2021, in that he unlawfully ignored a directive to hold Colonel Woolganathan “Biggs” Govender accountable.

“The directive was clear and unambiguous in its terms. It expressly stated that the allegations against Govender were serious and warranted a disciplinary hearing,” said Tilly.

Mokotedi was “no ordinary member of the SAPS”, held a senior position and “therefore knew or ought to have known that the order, in the form of a directive, was before him, and that it was authoritative, binding and imperious”, he added.

In 2015, after a complaint to the Public Protector, Govender faced an investigation into 21 serious charges including extortion, microlending and kidnapping.

However, after his transfer in 2016 to the Directorate for Priority Crime Investigation (DPCI) and under Mokotedi’s command, the investigation and the charges against Govender were dropped.

The investigating officer, a Brigadier MW Zwanga, had recommended that Govender be disciplined and “functionaries”, as they are known, had been appointed and were ready to proceed.

Govender, Trollip found, had been involved in microlending, charging 30% interest, later confiscating vehicles of those to whom he had lent money. He was also accused of receiving rental as remunerative work without seeking permission. A further charge of kidnapping was also pressed. Govender ran his microlending business from SAPS premises, also giving “loans” to colleagues.

In 2015, Govender had tried to stall proceedings but a legal opinion recommended that the disciplinary proceed.

Govender was then inexplicably transferred to the DPCI in 2016, at which point Lieutenant-General Lineo Ntshiea (Divisional Commissioner: Human Resource Management) entered the process.

Ntshiea had also come to the conclusion that the allegations against Govender were serious.

In February 2016, Mokotedi stepped in personally, saying Govender worked “under his command”, and requested any enquiries or investigations be directed to him.

It then became apparent that Mokotedi, instead of instituting disciplinary hearing proceedings at a meeting, had simply given Govender a “verbal warning” and ordered the officer “to sort out his personal matters”.

In 2018, Mokotedi found himself the subject of an investigation on the order of DPCI head, Lieutenant-General Godfrey Lebeya.

“He conducted an investigation and compiled a report on 19 September 2018. He testified to the contents of the report which included that its purpose was to report on the possible misconduct by Mokotedi in that he had failed to execute his duties diligently regarding the disciplinary allegations against Govender,” read the judgment.

In his evidence at the hearing, Mokotedi claimed not to know Govender before his transfer to the DPCI.

He claimed to have pursued documents related to the investigation into Govender and had found that there were “no copies of the dockets or intelligence reports or any document that pointed to the element of criminality”.

He said he could also find no evidence of kidnapping. As such he had “embraced the principle that discipline must be progressive” and as such had issued the warning.

‘The directive was clear and unambiguous in its terms. It expressly stated that the allegations against Govender were serious and warranted a disciplinary hearing.”

Mokotedi had “simply missed the mark”, said Tilly, as “it was not for him to re-evaluate the matter and make an assessment on whether the allegations constituted offences or whether same were meritorious”.

The charges had already been levelled against Govender and this decision fell within the purview and scope of the properly constituted disciplinary hearing and process, where functionaries had already been appointed and the hearing was under way, she said.

It was also not Mokotedi’s place to take on the role of chairperson and make a determination on the charges.

“He should have followed the directive, subjected Govender to a disciplinary hearing and allowed the process to follow, with an outcome on Govender’s guilt or otherwise,” she found.

Mokotedi was also found guilty of prejudicing “the administration, discipline or efficiency of the Department or the SAPS by not ensuring that Govender was charged departmentally for serious misconduct and be brought before the disciplinary hearing”.

He was invited to make himself available “at a suitable date” in order for him to present “relevant circumstances in mitigation of sentence” and likewise for the SAPS to present “aggravating circumstances”. DM