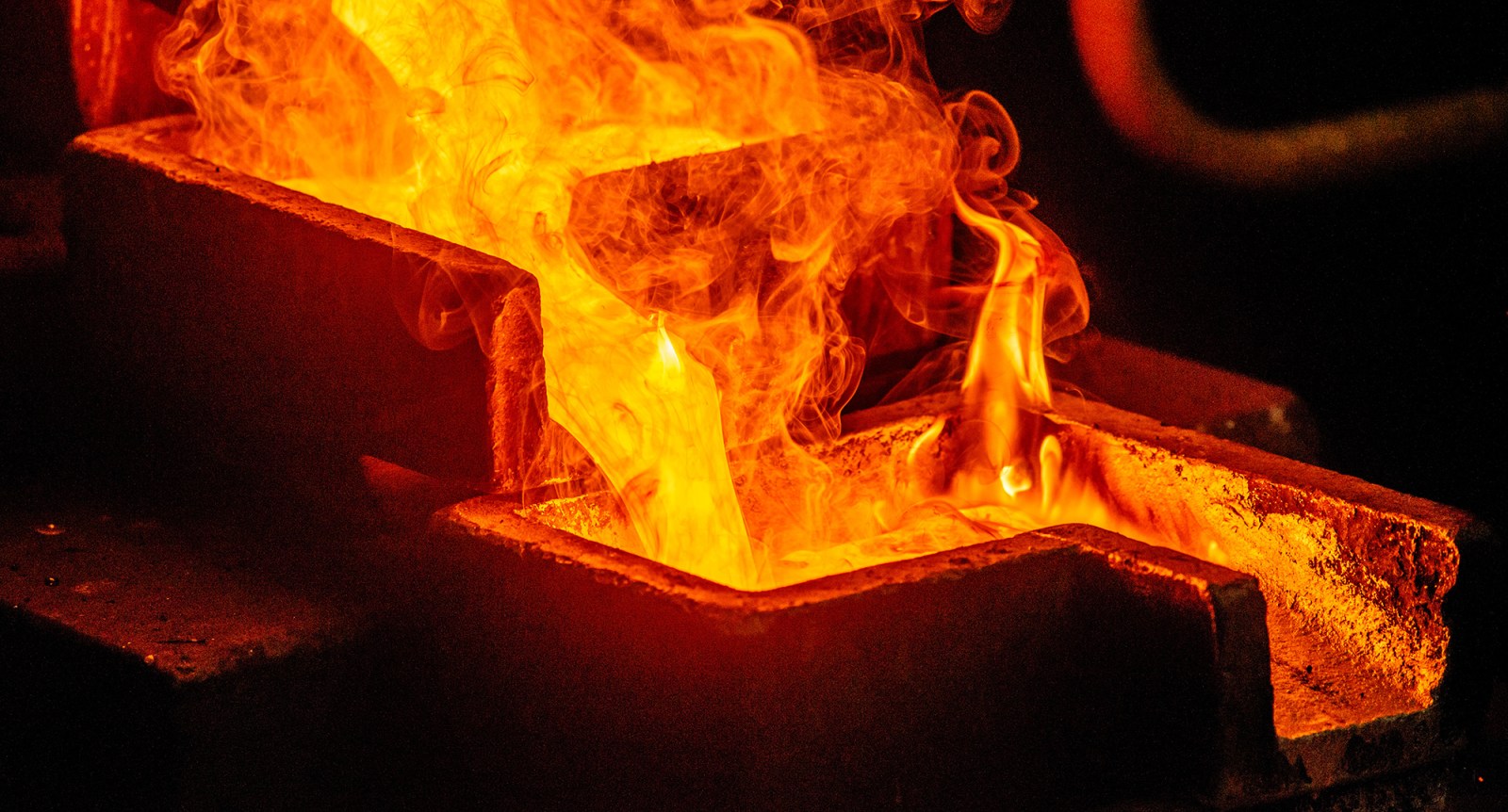 Liquid gold flows from a furnace into individual casting moulds to create 28kg gold bars in the foundry at the South Deep gold mine, operated by Gold Fields in Westonaria, South Africa, (Photo: Waldo Swiegers / Bloomberg via Getty Images)

Gold Fields posted a 33% rise in normalised interim earnings on Thursday, a performance mostly linked to a 10% spike in the gold price received for the period. The company also signalled that it plans to be on the lookout for profitable project prospects with production set to peak at about 2.7 million ounces a year in 2024.

The results were maiden ones for CEO Chris Griffith, the former Anglo executive who assumed the helm at Gold Fields in April after Nick Holland retired. Holland set Gold Fields on its current trajectory as a global, mechanised gold producer and Griffith said the company was positioned to “deliver the higher gold price to the bottom line”.

To wit, Gold Fields’ normalised earnings for the six months to the end of June rose 33% to $430.5-million on the back of higher output and a 10% climb in the gold price the company received for its product compared with the same period last year.

The company is paying out dividends of $127-million — or 210 SA cents per ordinary share — in line with its policy of returning 25% to 35% of its normalised earnings to shareholders. Its share price was more than 2% higher in afternoon trade on Thursday.

There are still well over four months left to the year, but at this point it does not look like the company’s second-half profits will be boosted by the gold price on the same scale when compared with last year. Gold’s price scaled record highs in August 2020 of more than $2,000 an ounce, as the uncertainties raised by the pandemic’s global economic impact boosted the precious metal’s status as a safe-haven asset.

Gold is currently fetching between $1,780 and $1,790 an ounce, around 10% less than its historic highs of last year, and the world has changed a lot since then.

“We believe gold prices are not higher because the outlook for risk assets is completely different to a year ago. Hence, we maintain our view that gold prices should fall to $1,700 an ounce by year end,” banking group UBS said in a recent commentary.

Still, a timeframe of more than four months is a lifetime in the markets and the gold price could go either way. Central bank demand for gold remains solid, and gold bar and coin investment has also been on the rise, while pent-up consumer demand is driving jewellery sales.

Looking ahead, Gold Fields sees its annual production rising to 2.7 million ounces by 2024, but it will taper from there, and given the significant lead times it takes to get a new mining project off the ground, it is starting to cast its eyes around.

“We have a solid production profile above 2Moz a year for the next decade. However, during that time we anticipate that our annual production will grow to 2.7Moz by 2024 before declining as some of our mines come to the end of their lives. We believe that we must now start looking at ways of preserving the value we have created beyond 2024,” Griffith said in the results statement.

In a media call with journalists, Griffith said that “some of that production could come from existing assets. Secondly, it could come from around the regions in which we currently operate. That’s always a good place to look for additional assets,” he said, noting for example that Gold Fields was “very actively looking” in Peru.

But he added that the company did not want to “just chase the volume”, meaning any ounces that it adds to its portfolio must be profitable.

Gold Fields will also want to avoid areas that might be home to endangered species. Its Salares Norte project in the Chilean mountains is under conservationist scrutiny as it is home to a colony of highly endangered chinchillas. A project to relocate the critters has been temporarily stopped by the authorities after two of the animals died. Another pair have been relocated successfully and are being monitored. (Business Maverick 168: Going for gold: Gold Fields in high-stakes chinchilla relocation effort in Andes Mountains of northern Chile)

“The relocation delay is not expected to delay construction of the project,” Gold Fields reiterated in its results statement. As it casts around for new assets, the company may want to employ biologists and geologists on its exploration teams. DM/BM