Cartoons for social justice: Drawing society together by reaching out to the unconverted 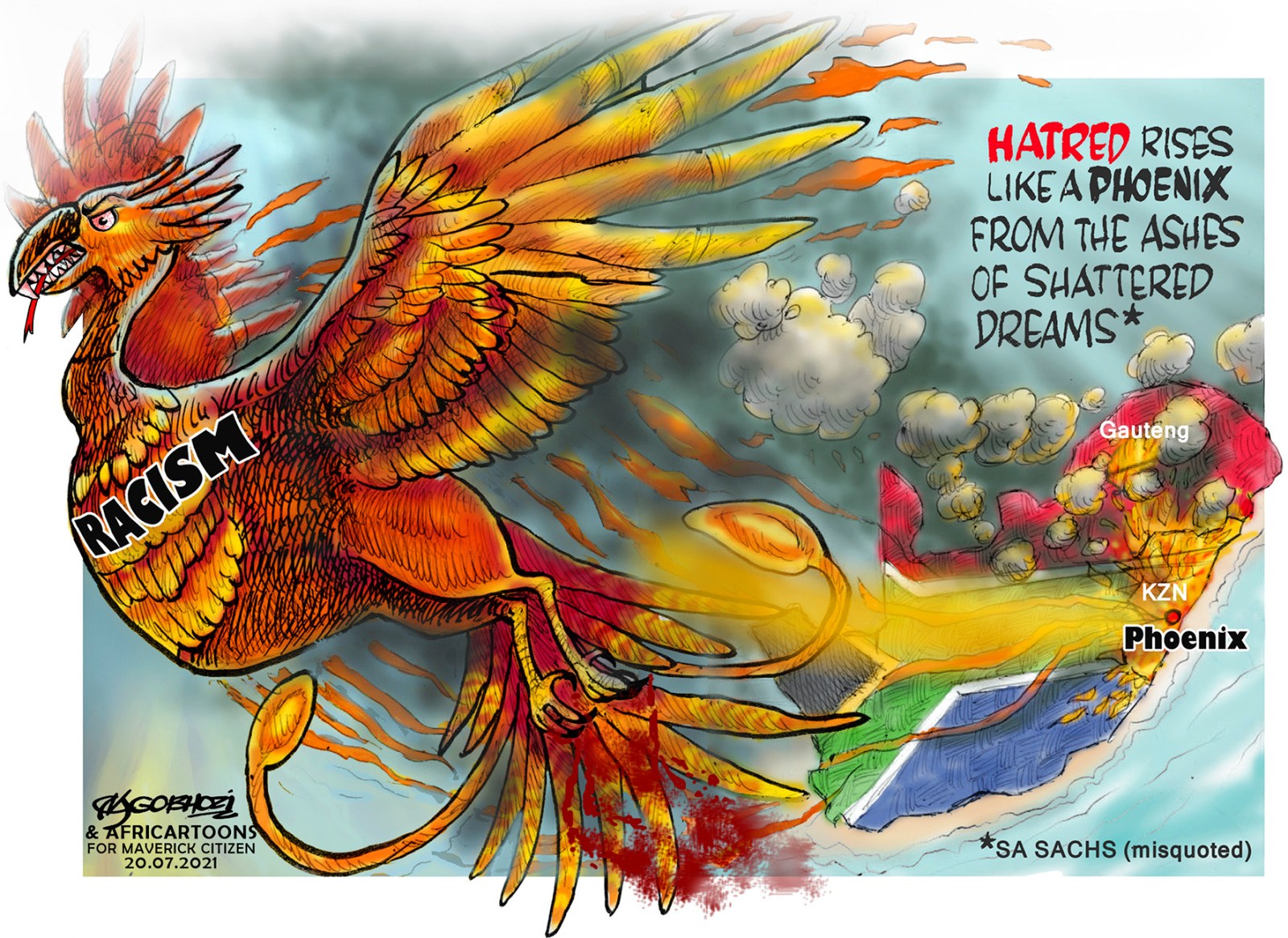 In these times of personality cults, cartoons that seek to tackle the issues rather than the person might be more persuasive in their cause. Such cartoons are harder to construct, as any cartoonist will tell you. Without the derision of a useful idiot to make one’s point, the cartoon must target the underpinning issues of oppression, racism, corruption and abuse rather than the oppressor, racist, corruptor or rapist.

Editorial cartoons have long held those in power to account, knocking kings and dictators (if not literally, then at least figuratively) off their pedestals and — in most cases — speaking up for the little guy; giving voice to the voiceless while reminding them and those who rule over them that no one person, institution or ideology is beyond reproach or ridicule.

It’s commonly held that this tradition was founded among the court jesters of England and Europe, whose purpose and privilege it was to mock the king without fear of being beheaded.

The craft was brought to South Africa with colonialism. Cartoons featured in our earliest newspapers, with Afrikaans cartoonist DC Boonzaier often regarded as the grandfather of South African cartooning, ironically having established his reputation in the first half of the 20th century with his anti-imperialist and anti-capitalist cartoons.

But some might argue that the very first South African editorial cartoon was crafted thousands of years before the colonists came, as a scratching on a cave wall.

Taking the definition of editorial cartooning as being a graphical commentary on socio-political matters, one could surely argue that the current affairs of the indigenous San communities of southern Africa centred on such matters as spirituality, folklore, the hunt and childcare; themes which are duly recorded in their Drakensberg rock art which stretches back some 3,000 years — about the same time Egyptian “cartoonists” developed hieroglyphs.

The oldest rock art in southern Africa is dated as far back as 30,000 years ago in Namibia.

However, regardless of where and when editorial cartooning can claim its true beginnings, the fact is that the art form has come to represent much more than the ridicule and embarrassment of those in power or taking the bold and beautiful down a notch or two by way of a grotesque caricature.

Just as those cave drawings of old served to record and comment on matters in the public interest and possibly even provide education for future generations, so too has the editorial cartoon been employed for these purposes.

While the holding to account of people in authority through cartoons that ridicule has become a very strong and powerful component of a free press and, in turn, a functioning democracy, it might be argued that such offending (as opposed to offensive) cartoons have rarely caused their subjects to reverse their actions and stop oppressing, thieving or lying, as the case may be.

At best, the threat of being immortalised by being made the subject of an editorial cartoon might give those who are thinking of committing any of the aforementioned offences reason to rethink their actions.

Of course, these cartoons always find favour among those who agree with the cartoonist’s point of view, entrenching their viewpoint and reminding them that they are being spoken for.

But those apologists of the subject of the cartoon will often cry foul, and in some cases cry wolf as they invoke claims of racism or antisemitism where (in most cases) there is none. For the greater part, readers who disagree with the commentary made in an offending cartoon will not be persuaded otherwise.

Show me one hardened Trump disciple whose mind was changed by any of the cartoons that featured that president, and I’ll show you 78 million who weren’t persuaded. The comments section of any social media platform serves to confirm that these kinds of cartoons merely preach to the converted, and actually galvanise the apologists of the cartoons’ targets.

In these times of personality cults, cartoons that seek to tackle the issues rather than the person might be more persuasive in their cause. Such cartoons are harder to construct, as any cartoonist will tell you. Without the derision of a useful idiot to make one’s point, the cartoon must target the underpinning issues of oppression, racism, corruption and abuse rather than the oppressor, racist, corruptor or rapist.

I call this subset of editorial cartoons “social justice cartoons”, in that they seek to further social justice by pointing out injustices in a manner crafted to persuade, rather than ostracise those who might commit or defend antisocial behaviour.

Social justice cartoons tend to educate, rather than offend, and because they address issues (which are often ongoing) rather than specific events, they enjoy the longevity that enables them to be reused from time to time.

For example, I regard the cartoon below by American Joel Pett as the gold standard of an effective social justice cartoon in that it cuts through every argument for and against fighting climate change with a point that none (in their right minds) could defy.

This cartoon succeeds in that its logic would surely even find favour among most climate crisis denialists, and it does so without alienating anyone (except, perhaps, a few diehard industrialists).

In 2017, Africartoons (the organisation that I founded to promote editorial cartooning in South Africa) hosted a convention of leading editorial cartoonists in Cape Town to discuss Cartoons for Social Justice, and how they could be employed to tackle the country’s many challenges. Opening the event was (then) Section27’s director and social activist Mark Heywood. Little did we realise that just a few years later we’d be working together at the Daily Maverick, where Africartoons now delivers a weekly dose of editorial cartoons, many of which are of the social justice variety.

Working with such notable cartoonists as Mgobhozi, Dr Jack, Nathi and 2Lani, Africartoons tackles the big issues that are the focus of Maverick Citizen; Daily Maverick’s civil society section which is edited by Heywood. They supplement the online publication’s cartoons by Zapiro and Rico (creator of Madam and Eve), delivering a variety of satire that has become a hallmark of the publication.

The coronavirus brought with it an opportunity and challenge for editorial cartoonists around the world to produce social justice cartoons; asserting the reality of the threat, urging people to adhere to the recommended guidelines and to take the vaccine.

Our cartoonists certainly stepped up to the plate in this regard, with a mix of social justice and some hard-hitting traditional cartoons where ineffective or crooked authorities needed to be reminded of their place.

Africartoons is also working with Maverick Citizen (in a project sponsored by Leicester University in the United Kingdom) to find the next generation of great editorial cartoonists, and another exciting innovation is in the pipeline to bring the wonder of political cartooning to the visually impaired — please watch (or listen to) this space!

Meanwhile, use the link below to enjoy a gallery of some of the work that we’ve produced with our Africartoonists. DM/MC

John Curtis is the founding director of Africartoons and half of the creative team Dr Jack and Curtis who supply editorial cartoons to Maverick Citizen, City Press, Rapport, Outa, Section27 and Greenpeace. Curtis serves on the international committee of The Cartoonists Global Forum and has co-edited two anthologies of cartoons with Andy Mason (Jacana Media) and addressed many forums on his craft.